As Easy As АБВ

The ABCs have been the backbone of my education, the foundation of every word I have written, and the portal into every book I have read. They have steadily marched me through history essays and screamed warnings at me on highways. A, B, C, and the 23 following letters have always been an unquestioned building block. They are obvious. They are steady. They are immovable. That is, they were.

Cyrillic, the alphabet used by over 250 million people, was first used in the 9th century AD. Yet, I didn't fully acknowledge its existence until 1 month ago. The ABCs were constant. The АБВs weren't even on my radar.

My sister returned from a year in Uzbekistan with a Russian copy of Harry Potter and the Chamber of Secrets, which she gifted to me. Its purpose: to help me learn Cyrillic. Upon opening this foreign translation of a book I've read dozens of times, I was struck with the devastating reality that I did not know how to read. A skill one learns in kindergarten suddenly felt like it was reserved for only the most educated scholars; sounding out letters was advanced. 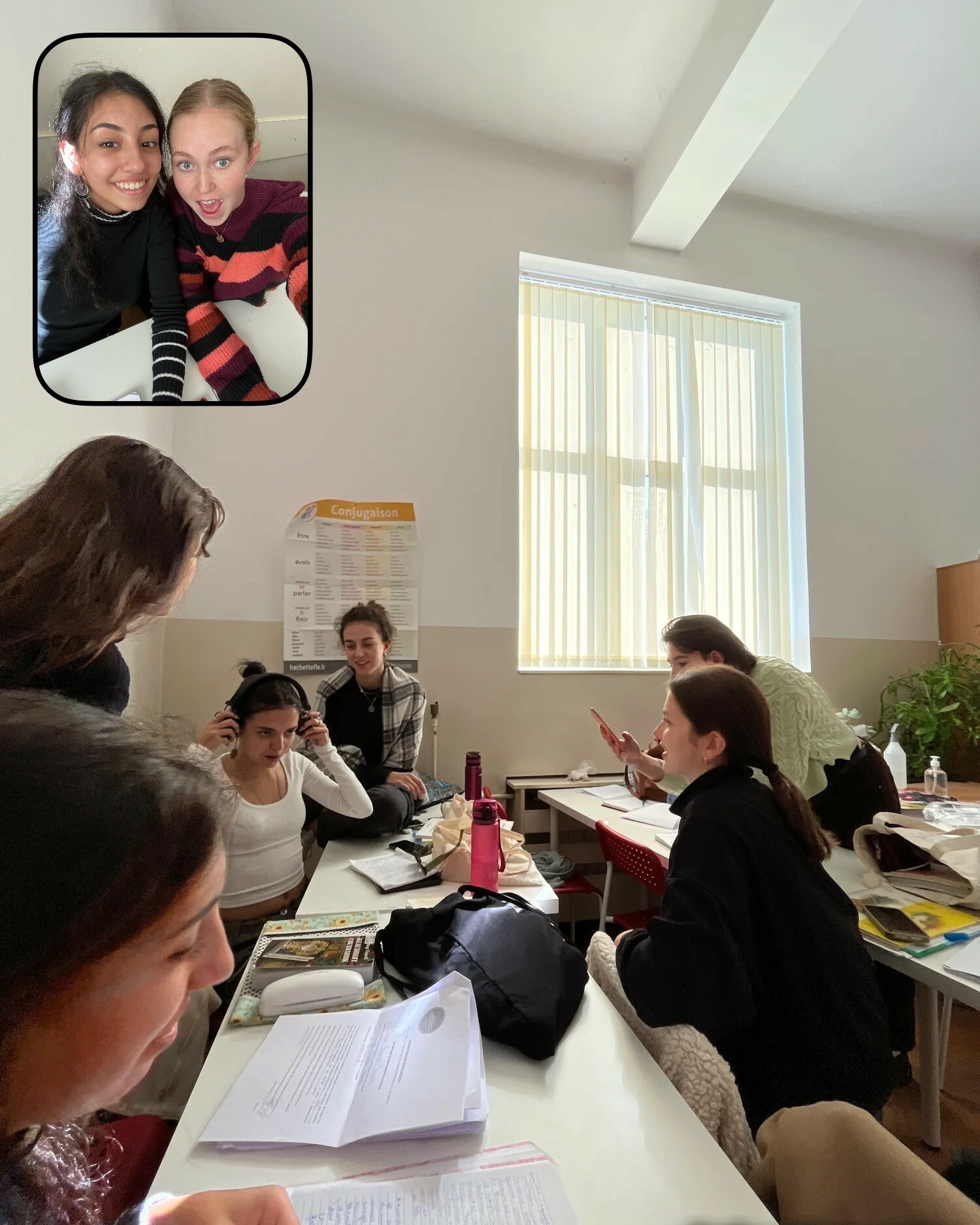 With the help of a cheat sheet printed from Google, I began to sound out random words. Their meaning was lost on me and, for all I knew, I was entirely incorrect in my attempts at verbalizing Cyrillic. However, I continued my recitation, and I landed on an especially short word: Рон. After an embarrassingly long period of cross-checking my cheat sheet, I broke out into a grin. I had sounded out “Ron.” Finally, there was a word I knew was correct. The АБВs had managed to convey something to my ABC-oriented brain.

Armed with this recent win at my desk in the U.S., I entered the Sofia airport unable to stop myself from attempting to sound out every sign I passed. “вход” (V-H-O-D). “изход” (I-Z-H-O-D). Did I know that these signs were directing me to the entrance and exit? Haha - no. But I was giddy with the excitement of a builder being introduced to a hammer: unsure and unable to actually build anything yet, but possessing one of the tools to get me there.

This shake-up to a previously steady system in my life is an easy metaphor for the other shake-ups that have come with exchange already: B sounds like V, shaking your head right to left means “yes” instead of “no,”, and home means an apartment in Sofia. Relearning how to read was as humbling of an experience, as I know the rest of my time in Sofia will be. It won’t be as easy as ABC. But I know it will be as rewarding as АБВ.