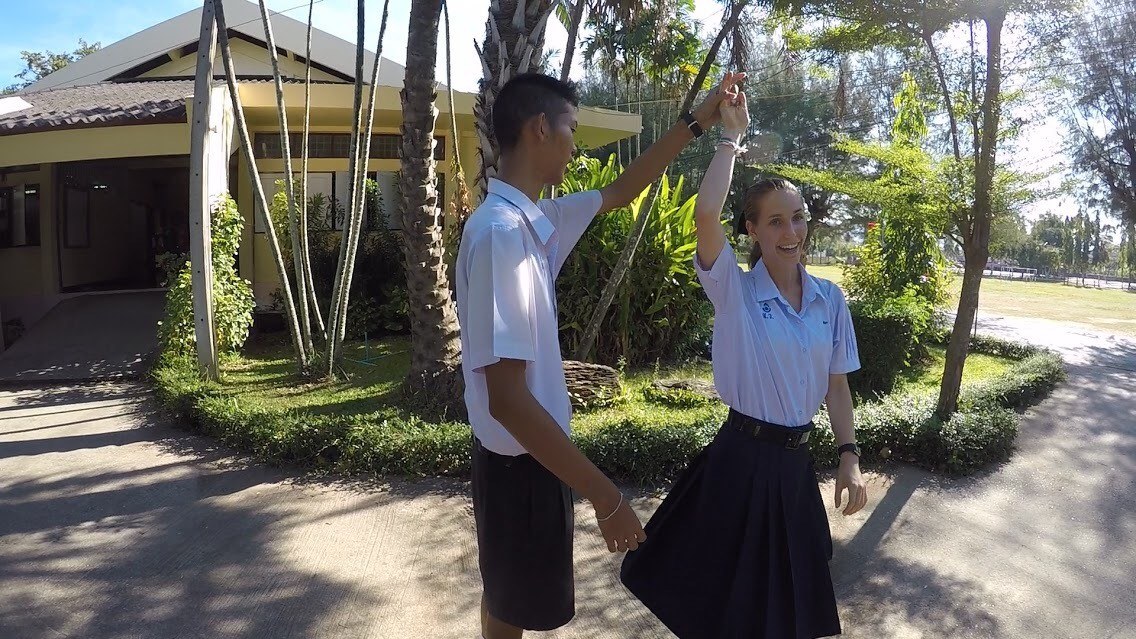 In mid-July, I began my exchange year in Thailand and started school shortly thereafter. While I take the typical classes like math, science, chemistry, social sciences, etc., I was also offered the opportunity to take ballroom dance at school. I decided to say “yes,” which I have learned as an exchange student is the preferred, but not always easiest response!

My first ballroom dance class was on a big stage in an open area covered by a roof. I felt nervous walking to the class. I didn’t know anyone in that class or if they could speak English --spoiler alert, they could not! Of course, when I walked in everyone stopped and stared at the foreign student. I have learned to embrace the spotlight and constant attention as a byproduct of being an exchange student.

Midway through the class, the teacher split us into a row of boys and girls to teach us a new dance: the tango! He demonstrated both the boy’s and girl’s steps to the eight count. This was followed by exclamations from the crowd, ooh’s and ah’s, due to the apparent difficulty of this more advanced step sequence. After practicing a couple of times to the music, I was asked to demonstrate the dance in front of the whole class. I was hesitant at first, but after a couple of eight counts, the steps came more naturally. My dancing was decent and good enough to earn a round of applause from the class! We practiced with our partners for several minutes, which consisted of stumbling over each other’s feet many times, before returning to our respective boy and girl lines to learn another section of the dance. This time, I paired the two step sequences together seamlessly and the class erupted in cheers!

This is my favorite class I have attended so far. Not just because I became a dance protégé, but because I was able to show that I am capable of learning, listening, and willing to engage. I was able to understand as well as my classmates, not deterred by the language barrier. Although I am determined to master the Thai language over time, embracing opportunities to show through actions that language barriers should not separate us is so important to my exchange student experience.

I never pegged myself a ballroom dance fanatic, but then again I never imagined I would spend my junior year going to school in Thailand! Exchanging confused glances, bits and pieces of Thai sentences, smiles, and laughs truly encompasses my ballroom dance class and daily life in Thailand. Every day is a new song and dance, and sometimes my performance is just enough to get by and other days I surpass all expectations. Regardless, every day I continue to say “yes” to new opportunities and remember not to take life too seriously!