The Bridge on the River Drina 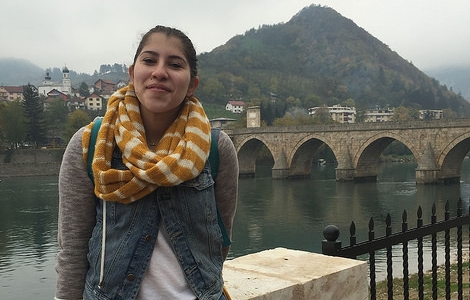 On Thursday, November 5, 2015, YES Abroad students in Sarajevo were given the opportunity to visit Višegrad with our host school, Druga gimnazija. The fourth year Bosnian literature class recently read the book, The Bridge on the Drina by Ivo Andrić, which is set in Višegrad, a town in eastern Bosnia located near the border with the neighboring country Serbia. Andrić’s book discusses the lives of people in Višegrad in the centuries since the town's famous bridge was built during the Ottoman Empire. At first glance, Višegrad is just a lovely city and the bridge is just a beautiful piece of architecture that crosses the Drina. But what I’ve come to learn about Bosnia is that everything here has a unique history.

The Mehmed Paša Sokolović Bridge has had a particularly tragic and bloody history. In 1992, at the beginning of the Bosnian War, the Bosniak (Bosnian Muslim) population of Višegrad was massacred by a group of paramilitary Serbs. Many lives were lost with men, women, and children of all ages being targeted. Many of these lives were taken on the bridge, and their bodies were later discarded in the Drina. During the massacres of Višegrad, a large number of Bosniaks were also intentionally barricaded into the basement of a burning house. It is estimated that a total of 1,600 to 3,000 lives were lost in Višegrad as a result of these atrocities, and those who survived fled to nearby cities.

Despite these statistics, the history of Višegrad is still disputed. Some deny all of the tragedies that occurred there, others debate who was responsible, and there are some who will never be able to forget all the deaths that occurred.

During the war, a sports center located outside of Višegrad’s city center was used to detain and torture Bosniaks. However, a controversial miniature town was recently constructed on what is said to be the same spot as the sports center. The small tourist attraction, known as Andrićgrad, was built by Serbian film director Emir Kusturica in dedication to Ivo Andrić. The town includes a statue of the author, but also those of prominent Serbs, such as Nikola Tesla. Andrićgrad also includes an opera house, a cinema, an arts academy, a wine-tasting bookshop, an Orthodox church, and numerous cafes.

Some criticize Andrićgrad as being built for the purpose of erasing what happened there in 1992. Others say it is meant to be a tribute to Bosnian literature and culture. However, as one walks amidst the beautiful architecture, the nationalistic feelings of the past are constantly felt. 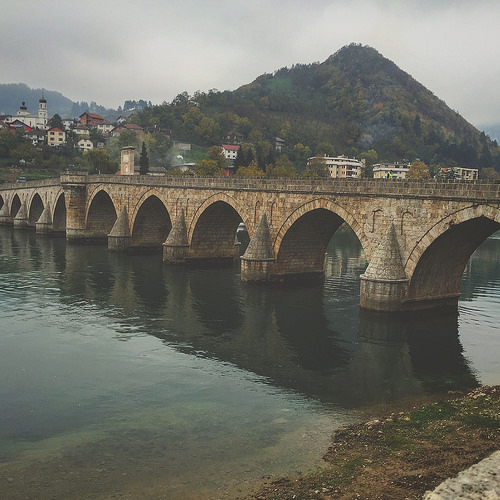