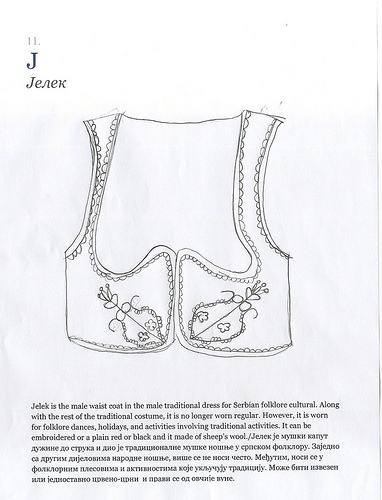 Now that all of the 2015-2016 YES Abroad participants are home, it’s a great opportunity to highlight some of the amazing capstone projects that students worked on during their year. These projects were creative, thoughtful, and truly inspired by what participants witnessed on program. As each participant had his or her own YES Abroad experience, each capstone is different—they reflect the aspects of the host country and culture that stood out, what held the most meaning, and the ways the participant developed a bond with those in his or her community.

Georgie Britcher, who was placed in Banja Luka, Bosnia and Herzegovina, produced one such capstone. Bosnia and Herzegovina has traditionally been a multi-ethnic and diverse country, and Banja Luka is interesting because it is considered the capital of the country’s Orthodox Christian Serb community. Many of its residents, as well as those in Bosnia’s federal state of the Republika Srpska, consider themselves Serb, observe traditional Orthodox Christian religious holidays, and speak Serbian, not Bosnian. Serbian adds an extra challenge for our YES Abroad participants because the language utilizes a different alphabet—Cyrillic, but Georgie embraced the challenge and used it to inspire her capstone project.

Georgie wrote, translated, and illustrated an alphabet guide and coloring book for the Cyrillic alphabet, and then utilized it in her volunteer work at a local orphanage. For each letter of the Cyrillic alphabet, Georgie asked her friends and host family for suggestions for words that most represented an important aspect of Serbian culture. Georgie then researched each word, wrote text that described the word and provided its historical context, then translated this text into Serbian. When she was all done, the book was gifted to the orphanage where Georgie had spent much of her time teaching the children their alphabet and how to read.

Though it sounds simple, Georgie engaged nearly every facet of her life on YES Abroad while researching and completing this project, and this is exactly what she had in mind when she first began her work:

I believe it is of high value when you study abroad to learn the host language as it gives you an upper hand in exploring the culture. When I came [to Banja Luka], I also knew I wanted to incorporate the children’s home where I was volunteering. I love working with the children, and any way that I can help them makes for a better experience on my part—all kids deserve access to a fun way to education, and this small activity could help them learn about their culture and help their language skills. Lastly, I am very intrigued by all the many components of Serbian culture.

Georgie’s capstone will also benefit future YES Abroad participants and students in her home community. She hopes the book will help them learn about Banja Luka's culture and its language.

In the end, Georgie’s project had a number of benefits.  Reported Georgie of her efforts:

I learned through this process just how eager my host community was to help me learn about their culture. Some of my friends and I held deep conversations about important cultural elements in Banja Luka while brainstorming for word ideas. These ideas and elements really gifted me with a greater understanding of the place I lived in. I also learned that by simply asking for a little help, I can gain so much knowledge and have momentous conversations that I will keep in my mind for life.

Not only did Georgie find a profound takeaway from her capstone, the project also allowed members of her community to view their culture through another’s eyes:

Some things in my book were not known to some of my friends and [host] family here and really made them interested in these things. Therefore, one of the key results of my project was allowing my host community to think about their culture and to witness what others thought was an important resemblance of life and culture in Banja Luka. 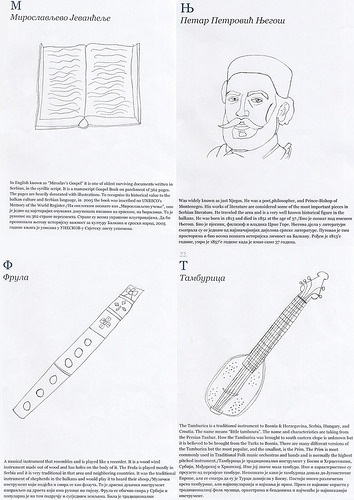