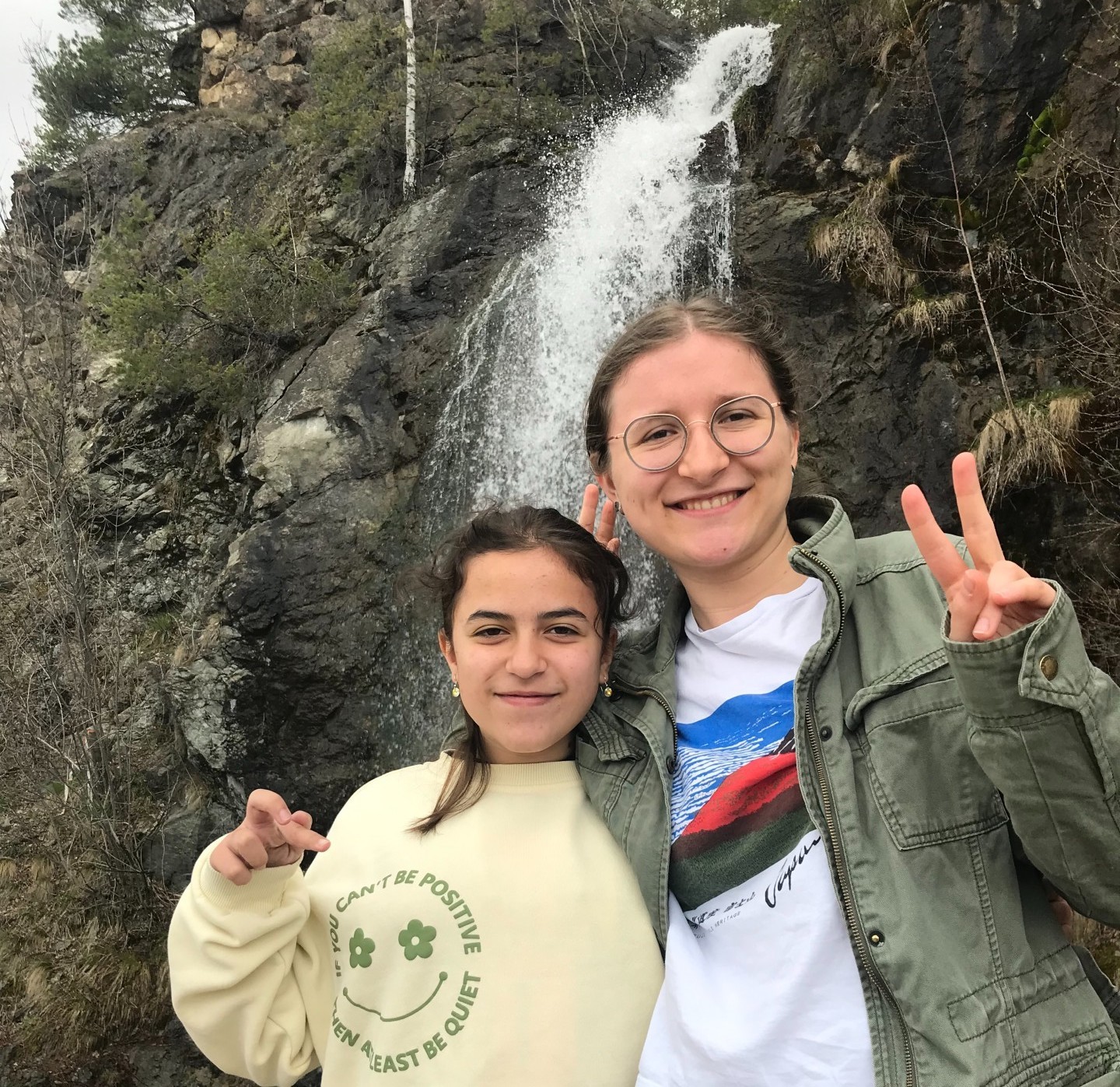 On the Thursday before Easter, I decorated eggs with my host family using color and metallic sheets of paper that, when rolled around the egg, left silver or gold markings behind. I made one with blue, white, and red stripes that we dubbed “American.” The scheme was more reminiscent of the flag of the Netherlands than anything else, but we called it American nevertheless. I learned that Bulgarians don't have the tradition of hiding their eggs around the household - the idea seems strange. “What if you don’t find them all?” my host dad asked me. I replied by holding my nose, as if reacting to a stench, and shaking my head.

On Friday afternoon, we traveled 30 minutes by car and braved the grumpy babushkas, or grandmas, of Kaufland - a hugely popular supermarket in Bulgaria - in order to buy everything we’d need for Sunday. 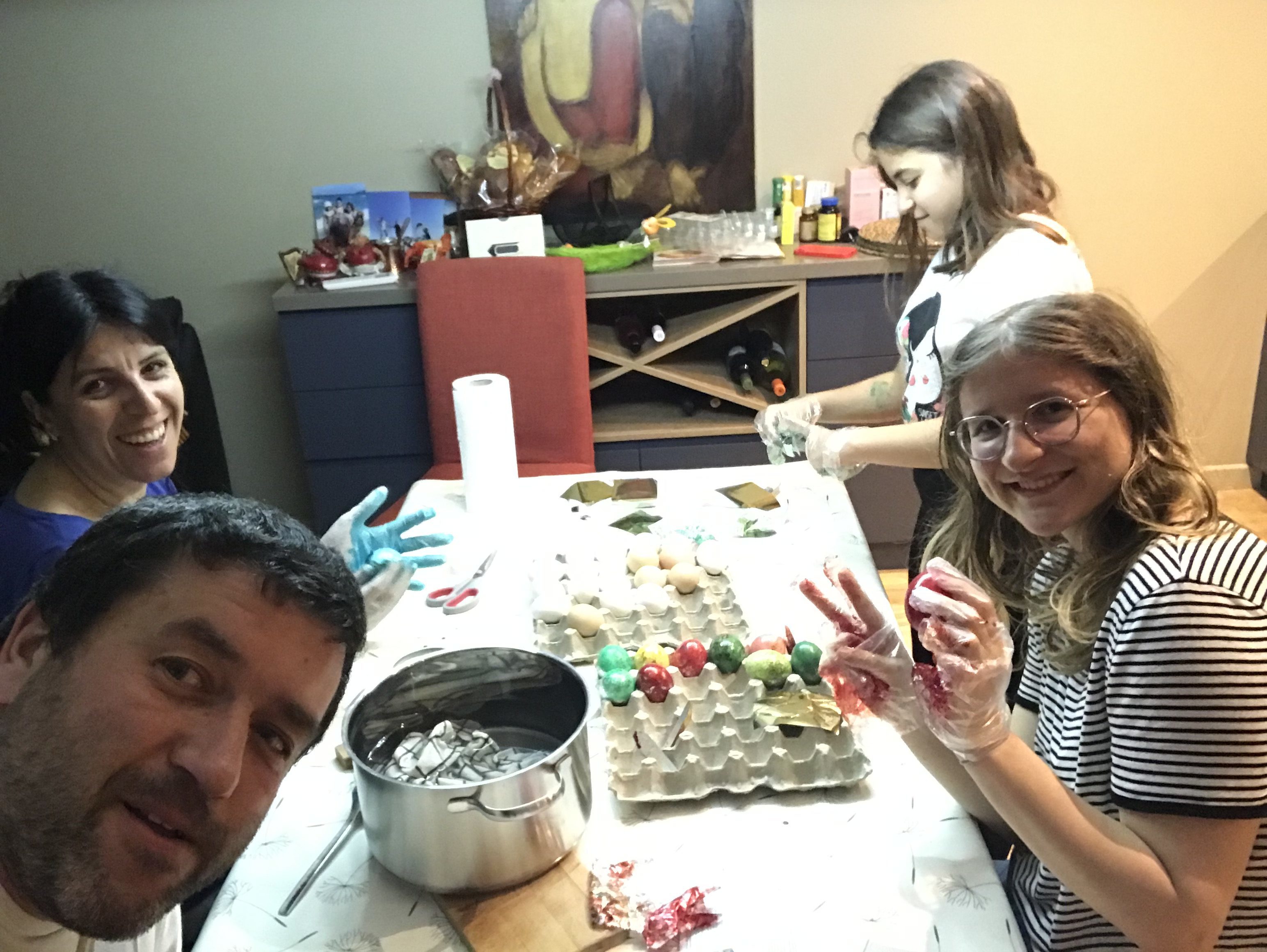 One purchase in particular surprised me. There was a cooler in the center of the main aisle containing a mountain of lambs’ hindquarters. They were loosely wrapped in saran wrap and piled upon each other in one massive heap. I later learned that lamb is a dish traditionally served for Easter in the Eastern Orthodox tradition, explaining the large supply.

That Saturday we made the two-hour drive east to visit Koprivshtitsa, where the first shots of the 1876 Bulgarian uprising were fired.  We stopped at a little town known as Chelopech for the kids to run around and for the adults to get a much-needed coffee-break. A family friend told me about how she used to work at the nearby gold mine. She said that when the ore is extracted, it is not what we consider gold. It is more of a black mess that must then be transported to Burgas, a coastal town, and then to South America to be fully refined.

We had a very interesting conversation about a method for refining that involves cyanide. The Chelopech mine had tried to implement it, but it hadn’t been able to convince the local environmental organizations that the process wouldn’t further pollute the area. 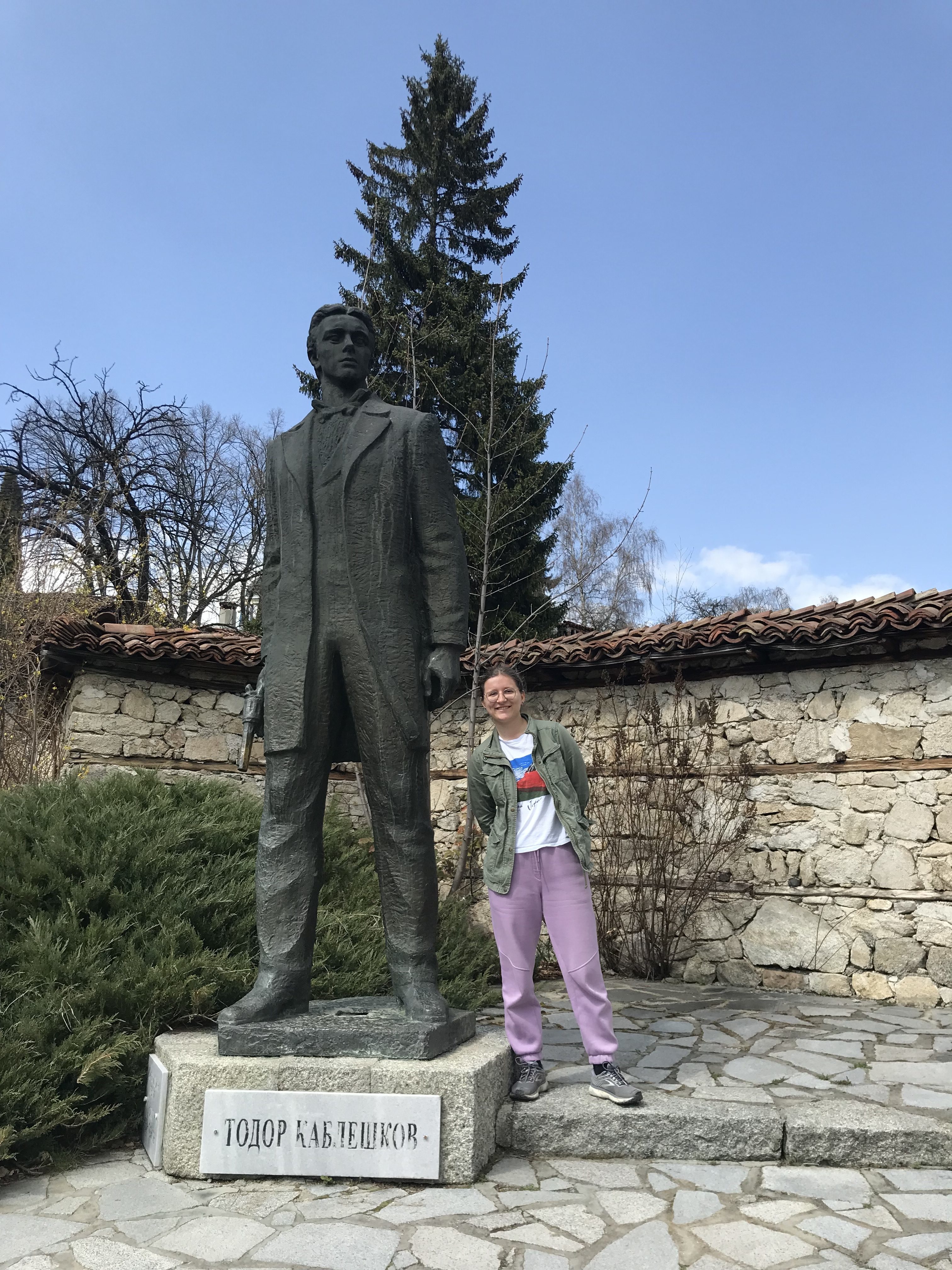 Me standing next to a statue of Todor Kableshkov, the author of the famous “bloody letter” that marked the start of the uprising. A local Ottoman governor had been killed, and his blood was used to stamp the letter (hence the name).

After that discussion, it was back to the car for another hour’s travel. The sights from the car were beautiful. We had the Stara Planina mountain range on our left and the Sredna Gora range to our right. Koprivshtisa itself is located in the Sredna Gora range, hidden away among a cluster of mountains. Koprivstitsa’s architecture has been for the most part preserved, so the buildings are stooping and brightly colored. We visited several houses of some of Bulgaria’s most famous revolutionaries, repurposed into museums. There had been a lot of well-off people living in Koprivshtitsa, and the upper class “chorbadzhjii” were able to pay off the Ottoman soldiers, a the reason the town remained untouched by the Ottomans after many of its inhabitants rebelled.  Many of the other villages were not so lucky and were razed.

The April Uprising that began in Koprivshtitsa in 1876 was not successful in and of itself, but the brutality of the Ottomans in suppressing it led to wide-spread condemnation from the rest of Europe and eventually the Russo-Turkish war and an independent Bulgarian state.

On Sunday, our Easter lunch consisted of a spring soup of assorted herbs with kashkaval (yellow cheese), the aforementioned lamb, kozunak (a bread), a salad, and the eggs we had painted on Thursday. Tradition dictates that everyone at the table cracks the egg of the person sitting next to them. They take the egg held in their hand and tap it against the top of their neighbor’s egg. Whoever ends up with the last unbroken egg is believed to have a year of good luck. 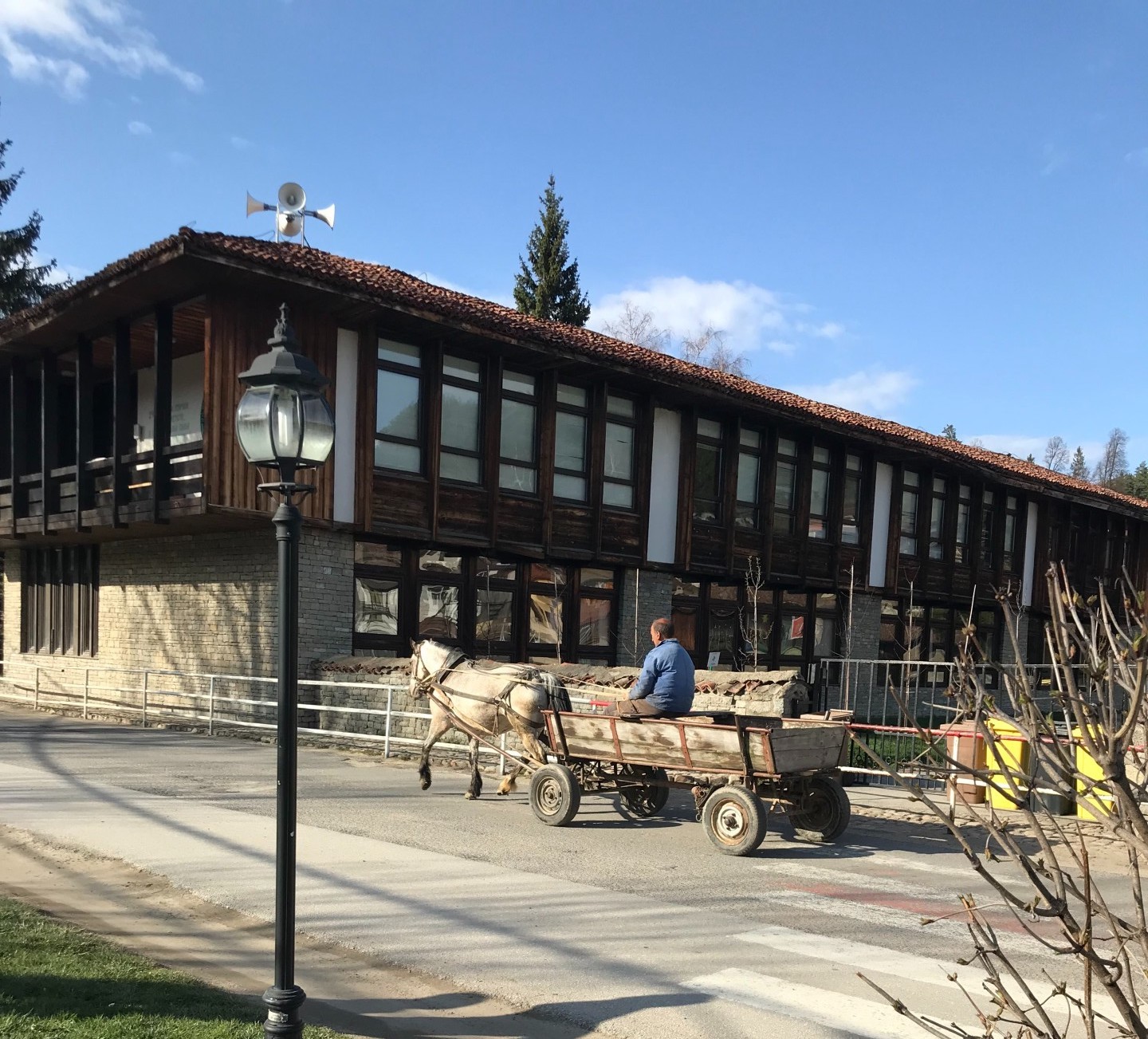 Kozunak, a braided sweet bread made only for Easter, is also an important staple. My host mom made some by hand, as well as bought a few loaves from the supermarket, just in case we ran out. My host dad made the lamb with a special recipe that runs in his family. He washed the lamb and made shallow cuts with a knife. Then, he rubbed the marinade of olive oil, salt, paprika, thyme, mint, rosemary and a few other spices is into the meat to be wrapped in plastic and refrigerated for twenty-four hours before being cooked in the oven for another three. It was very delicious! Though my host dad was sick, and so we didn’t have any guests or participate in any religious services, it was still a really cool experience, and the kozunak will be eaten for weeks to come!