Fundraising Activity for the Safe House in Sarajevo 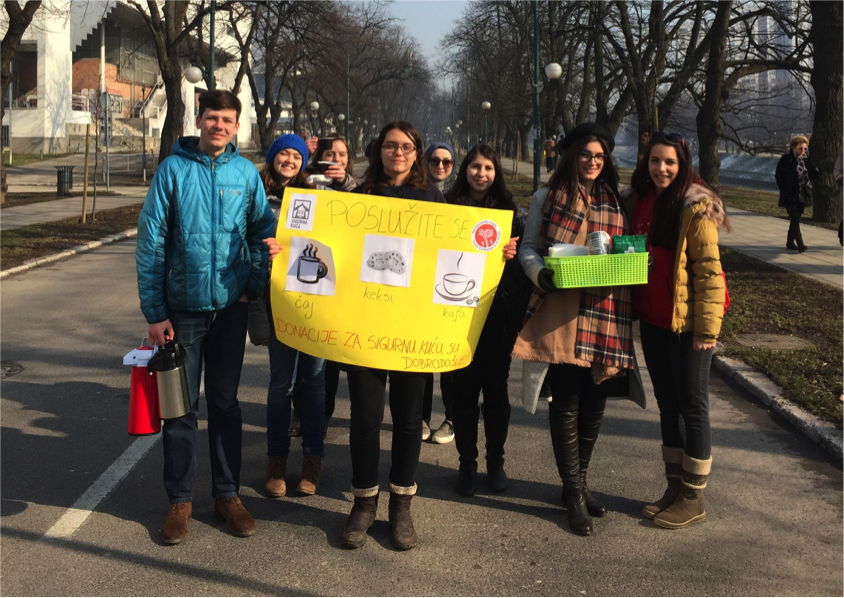 This guest story, written by a YES inbound alum who is currently the YES Alumni City Representative for Sarajevo, features YES Abroad students.

Bosnians are known as people “who really love to enjoy themselves.” One way we do this is by drinking coffee for extended periods of time and intensively socializing with one another. We are also known for our modest lifestyles and hearts full of love and sympathy. I kept these characteristics in mind when I planned a fundraiser for Safe House, a place for victims of domestic violence in Sarajevo. I was so happy that both YES alumni and YES Abroad students were willing to take part in my project, so that we could raise money to continue providing victimized women and children in Bosnia with shelter, protection, and support from professionals and volunteers.

On Saturday, February 6, we made warm refreshments like coffee, tea, and homemade cookies and handed them out for free to people walking on Wilson’s Promenade, one of Sarajevo’s most popular walking street. We also held a big poster so people could easily see what we were offering and that we were accepting donations for the victims of domestic violence.

The feedback was spectacular. Passersbys who met us that Saturday morning were impressed to see a group of local and American young people taking initiative, particularly for this specific cause, and they generously donated and helped us reach our goal. After spending a couple hours in the cold carrying heavy boxes, our hands were sore, but all of the hard work paid off. The main goal for this activity was to raise funds for the Safe House and to raise awareness about the issue of domestic violence, which is sadly prevalent in Bosnia and Herzegovina. A lot of the people we met that day had never even heard about the Safe House, but through this activity, we managed to change that.

After our activity, I stopped by the Safe House and their representative greeted me with a smile and lots of gratitude for our hard work and donation. I learned a lot through this project and am now inspired to do more activities in the future to continue to promote the YES and YES Abroad programs and our YES alumni organization in Bosnia and Herzegovina. 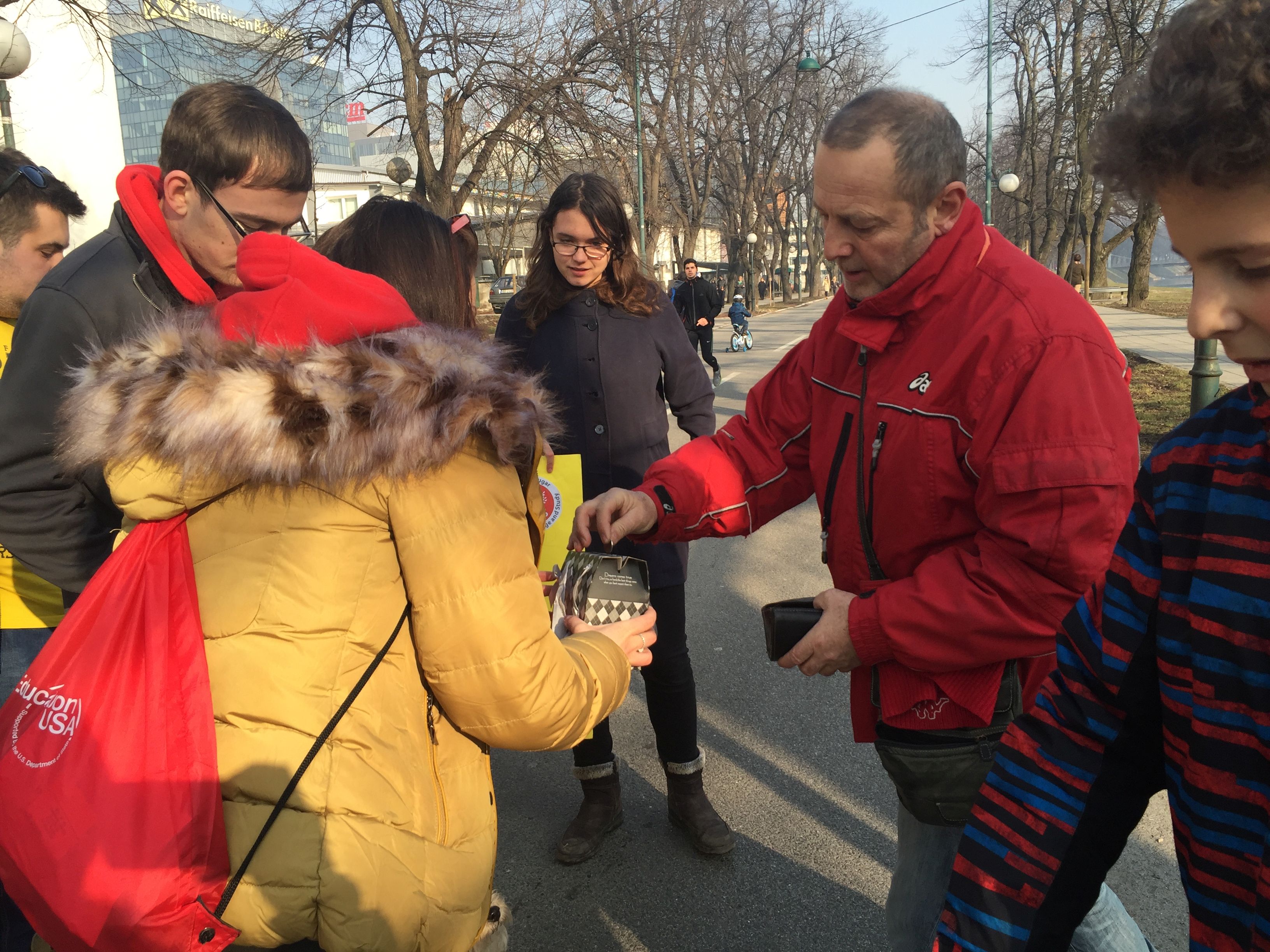