Getting Out of the Comfort Zone 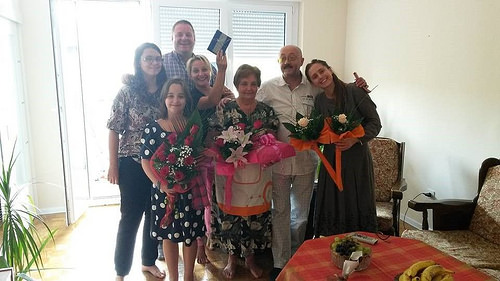 I spent five days visiting western Serbia with my host Nana (grandmother) and host sister in January. Those five days contained some of the most immersive experiences, both culturally and linguistically, of my exchange thus far. Although we were in Serbia, the cities we visited – Priboj and Prijepolje –have a similar culture to Bosnia.

On Wednesday, January 13, we left Sarajevo via taxi. Initially we planned to take a bus, but another woman going to Priboj said we could share the taxi with her. I have never met her before, but in the three and half hour drive we got to know each other, and as we parted ways, Nana referred to her as "cousin." This shows two aspects of Bosnian (and Serbian) culture particularly well: the trust people have for one another and the relaxed attitude towards changing plans. The reason that Nana called her cousin was because the woman shared her surname, and it seems as if many older Bosnians consider all people with shared surnames to be their cousins.

From there, we spent the first two days in Priboj, visiting old friends and walking around the town. Throughout this entire time, I did not meet a single person who spoke English, meaning that I was constantly forced to speak Bosnian/Croatian/Serbian (BCS), no matter how nervous I felt. Despite the language barrier, it was nice to meet Nana’s old friends, who all treated me not as the American, but as their friend’s grandchild.

After two days in Priboj, we took a bus to Prijepolje, where Nana’s sister, whom I call tetka (aunt), lives. In the three days we spent there, a dozen people visited us!  Some highlights from the three days include:

Ultimately, my five-day visit to western Serbia was filled with laughter, learning, eating, and talking. I had the same conversation in BCS probably twenty different times, learned a lot about the culture, and had experiences that I’ll remember forever. The entire time I was in Serbia, I felt like I was part of the family and also a local, despite my seemingly constant confusion. I wasn’t ever in my comfort zone, but through speaking and doing, and learning from my mistakes, I made connections that will last a lifetime. I hope I can come back in the future, like so many requested I do. And even if I don’t, I’ll never forget all the people met, the conversations had, and the time spent there. 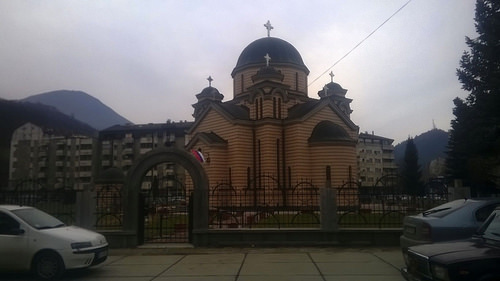