My host family has consistently been one of the best parts of my exchange. They are always helpful, supportive, and make me feel at home. I wanted to write about moments with my host family because I've realized that often, small moments in exchange mean more than grand events. So without further ado, welcome to my host family!

With Esma, my 10 year old host sister, I play games like Uno and the hand-clapping game Concentration. She loves to watch my TV shows with me, and dance while we listen to music. She also loves challenging "games" of spelling English words or names, or having Cyrillic writing competitions between the two of us. Yesterday, I helped her study for her test by reading Bosnian sentences while she wrote them in Cyrillic. After that, we alternated to me telling her the names of states in the U.S. and her trying to spell them. Hanging out with Esma is always a laugh, and I'm often surprised to learn something.

My host brother Feisal loves playing video games in his room, so I don't see him as often. However, I get along with him just as well as the rest of my family. One instance that happened this week describes a silly moment of bonding with him. It was around midnight, but I was still awake in my room with the light on. Feisal knocked on my door and when I answered, he asked if he could make some of the powdered hot chocolate my family in the U.S. had sent me. I reminded him that it was midnight, and he said, "I'll make you some too." So we drank American hot chocolate at midnight in the kitchen, talking and laughing and trying not to wake everyone else up. It really made me feel at home, because this is something I would do with a friend or my sister at home. 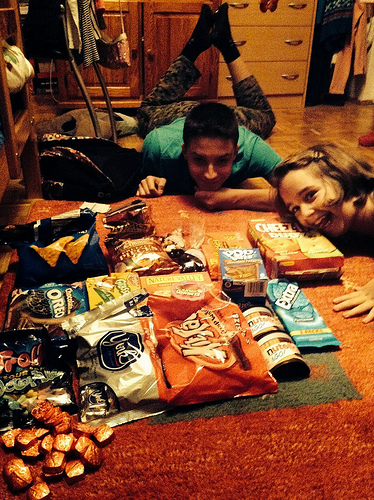 Meliha is always trying to help me and understand Bosnian culture. She has also helped me learn Bosnian more than anything else, except Bosnian class. Whenever we sit for breakfast or lunch, she talks to me in Bosnian and encourages me to speak back to her. It is difficult, but I've improved a lot, especially in understanding. One milestone I've passed recently is, when being quizzed on food and kitchen items by Meliha, I finally remembered the difference between kašika (spoon) and viljuška (fork). Language understanding is really gratifying, and a great way to bond with my host family.

Finally, my host family would not be complete without my host Nana, Zuma. She does not speak any English, so any conversation beyond, "Are you hungry?" is a success in my eyes. This may seem simple, but I have a memory of proving myself to Nana. It was a Saturday morning, and I was alone in the house with Nana and her sister (who I know as tetka, meaning "aunt"). I understood that the women were talking about needing milk for a recipe, and after I finished eating, Nana asked me if I could get milk for them. She seemed almost as if she was doing an experiment, to see if I would understand. When I returned successfully with milk and change, I could see that she was impressed, which was a great feeling. Learning Bosnian and completing simple tasks like getting milk make me feel like a part of the family.

In conclusion, hvala lijepo to my amazing host family, and here's to six more months!