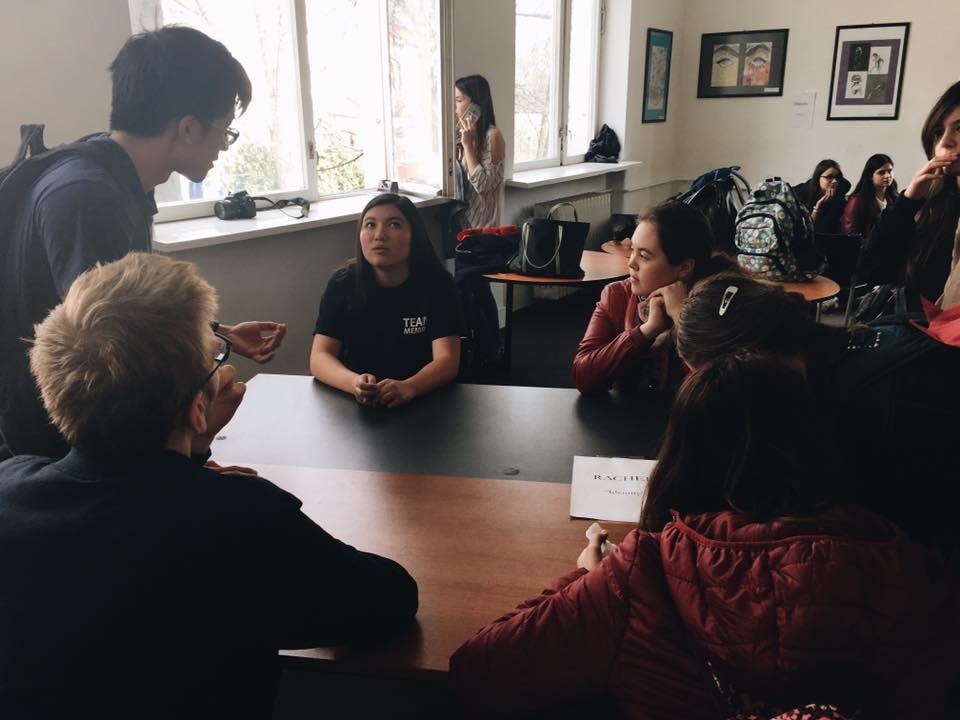 At the beginning of the year, I signed up for an elective class at my host school called "Confronting Racism." It’s a new course and our main goal was to build a foundation by the end of the year. We’ve watched a few documentaries, taken a field trip, discussed the role of Roma people in Europe and Bulgaria, and done a lot of organizing. Recently, our biggest idea came to life in the form of a human library event.

If you’re unfamiliar with this type of gathering, then my explanation follows. Organizers pick a theme and find people who can talk about this topic. These speakers function as “books” and their “readers” gather around them and engage in the story through listening and asking questions. It’s meant to be an informal setting to create discussion and exchange information.

For our particular event, we chose to title it Building Bridges. We searched for people who had been in situations where they were the minority and had maybe faced some sort of discrimination. It resulted in a photography project that highlights the diversity of Toronto’s population, and stories about systemic racism in the U.S., life as a Turk in Bulgaria, living in Nigeria as a Bulgarian, and being a trans activist. I also spoke  and my own mishmash of identities. Attendance was high and the room was filled with chatter for almost two hours. The general feedback consisted of positive opinions about the unique ideas and interesting stories.

While the event went well, the wrap up was my favorite part. There were only a handful of people left and each speaker had the opportunity to share a snapshot of their story for the group because many of the organizers, like me, were not able to visit everyone. A few anecdotes were shared, but many chose to focus on reflecting about the message they were trying to convey to the students. We had worked hard to make this event happen and were now able to listen directly to people found through connections from our school community. It was a welcome reminder of the dialogue that can be created through the exchange program  and how this can take place in many scenarios.