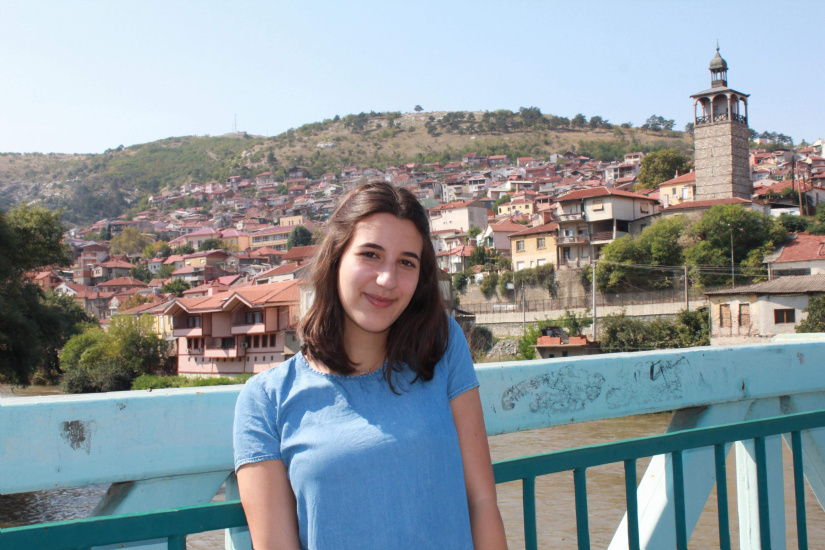 I never expected my experience studying abroad to leave me questioning my identity.  Yet something that I have thought about and struggled with throughout the duration of my exchange is balancing my American identity and my Cuban identity. For many first-generation kids in America, the struggle to honor their roots as well as to integrate into contemporary American society is apparent. The United States is a country that was built on immigrants, so this struggle is one many of my friends back home completely understand.

Being multicultural and having multiple ethnic identities is a concept that I personally am no stranger to. My father was born in Cuba and immigrated to America in his youth to essentially live out the American Dream. His story is one that I am extremely proud of, and as a result I have attempted to hold onto the culture of my ancestors to the best of my ability. My sisters and I enjoy indulging in Cuban food at our favorite hole in the wall Abuela and Abuelo restaurant back home, listening and fangirling over our favorite Puerto Rican singers, and conversing in Spanish. My culture is important to me and has always been a source of pride and solace. I never expected all of that to change when I came on exchange.

The first time I really felt not American enough was my first week here in Skopje. I was riding the bus and happened to forget my monthly pass just in time for the transportation police to come on patrol and check that everyone was riding with a valid ticket. When I spoke in head-turning English, desperately trying to come up with an excuse for not having a card on me, I was of course asked where I was from. I stammered out that I was American, hoping that this confession of not being from here would save me from their inspection.  Unexpectedly, the officer laughed and proceeded to tell me that there was no way I could be American because I didn’t look American. I had to be lying!  The transportation police officer demanded that I tell him the truth about my identity. My darker features were ones I have never given a second thought to.  Though I have puzzled others about my racial ambiguity in the past, this was the first time in my life I was blatantly told I wasn’t American solely based on my looks. I stumbled off the bus, confused, and tried to brush off what had happened. However, little did I know that this experience would be one that would follow me throughout my exchange. 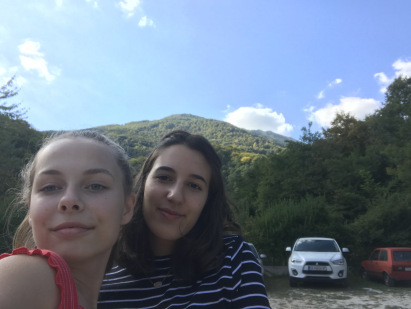 When most foreigners think about what an American girl looks like, they picture someone with white skin, blonde hair, and blue eyes. Out of the six girls in my cohort, four of them are white and would fit many of the traditional American stereotypes. The women of color, those with darker features and mixed identities, are often overlooked and seldom discussed in a global setting. I have come across several Macedonians in my exchange who are confused about how I can be two things at the same time. How is it possible for a person to have two ethnic identities?  I used to be frustrated when asked this question and would usually embarrassingly mumble my life story and hope that they would drop the subject. In North Macedonia, the majority of the people living here are ethnically Macedonian.  (It is important to note that North Macedonia has a large ethnic Albanian minority as well as a Roma community.) For most people who I encounter, where they are born and their ethnicity are one in the same and, thus, there can be so much perplexity over a story like mine.

I have learned over these seven months to face questions about my identity boldly. I represent just one of the 55.4 million Hispanic people living in the U.S who is rarely thought of as “American” but is indeed American. I now understand how to explain the concept of being multi-ethnic to those who don’t understand it and feel confident discussing the different types of Americans that all manage to coexist in the United States

Because of the lack of realistic representation in the media, I am not surprised that people form these inaccurate impressions of America, and I have come to feel as though I am responsible for enlightening others about the different perspectives and people who come from my country.  When one embarks on exchange, the foreseeable expectations of growth and change don’t always match the reality. Often, we change in unforeseeable ways and struggle with concepts that we never have before.  However, in going  on exchange, I’ve been given an opportunity to make others aware on a global scale of the different types of Americans that exist and to diversify the impression of my country. 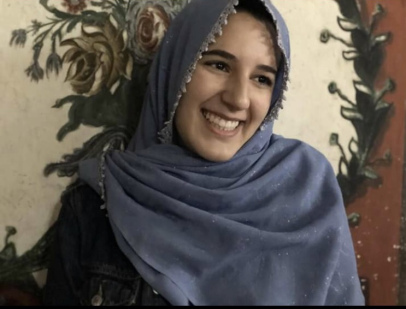