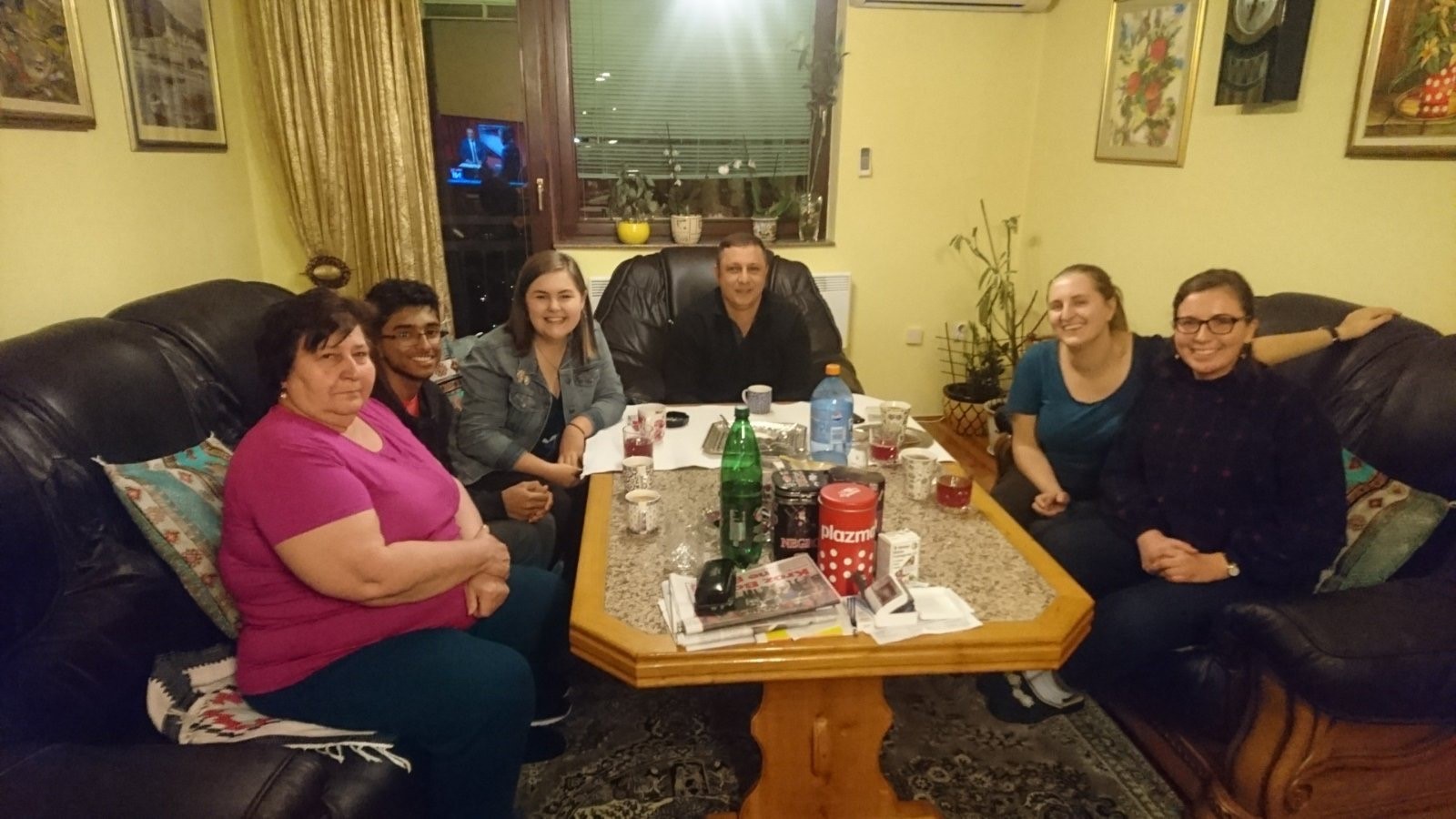 Throughout my time in Bosnia and Herzegovina, I've met so many great people, had so many new, unique experiences, and grown so much. From learning the language to getting to try all kinds of new food, I've had so many amazing opportunities, and I never would have predicted myself being in this position just one year ago.

I think that one of my biggest fears prior to applying — and perhaps even prior to accepting my position on YES — was being completely lost. In retrospect, this sounds quite dumb: the point of coming on such a program is to experience that feeling of confusion. However, I also realize that it is a completely normal emotion when considering such a massive commitment, and I'd like to take this post to explain my feelings about it, three months in.

It's fair to say that the challenges that come with studying abroad are completely unique and, quite frankly, generally not experienced in one's home country. These challenges include the language barrier (for most countries), completely new cultural expectations, and potentially discrimination. Although these issues can seem daunting prior to and during the fact, in my experience, they have simply made me stronger, braver, and more mature overall. During my time here, I've experienced these emotions countless times, and I think that this feeling is necessary, in a way, for an exchange to be complete.

I live in a neighborhood in Sarajevo that is a little bit outside of downtown. For background context, Bosnia is currently facing a migrant problem, and many refugees from different nations in the Middle East and South Asia are stuck in migrant camps throughout the country, with the most prominent camp found in the northern city of Bihać. Unfortunately, there is a negative stigma regarding these migrants that dominates the news cycle. Due to my South Asian roots, to many people here I look like a migrant, and as a result, while walking home, I often receive stares from people, with a few of them even shouting insults. (For example, "go back to your country," or, "stop ruining our nation.").

Initially, I faced a lot of internal conflict regarding this situation. Each individual comment did not affect me much: I acknowledged that many of the people involved in these scenarios had likely never had deep interactions with people of my ethnicity and that part of my job of being on program was to attempt to bridge that gap and teach Bosnians in my community about my culture. However, as the insults added up, I began to get the feeling that, regardless of what I did, I wouldn't be accepted among my community members. This sentiment continued to eat at me throughout the first two of my time on program, and it reached a point where I was completely averse to leaving the house unless I had to do so for school or other program activities.

I now think that that attitude is the very antithesis to the YES program — and to all exchange programs! As the quite memorable YES Abroad phrase from our pre-departure orientation goes, "It's not NO-Abroad!" On the surface, it's simply some corny word-play. However, when taking a deeper look, it empowers students to seek the unexpected and take all setbacks as lessons to better ourselves. In my situation, reinvigorated after talking to YES Abroad students throughout the world on our global group chat, I pushed myself to be out of the house — my comfort zone — as much as possible. Although it was initially both physically and mentally taxing, I eventually felt more confident about myself and my decision to be there. Instead of simply walking away when facing stares and insults, I took the initiative to greet people on the street and introduce myself. Although the stares have continued, I feel a lot better about myself and the effect I can have on my community. And this is only the beginning of my exchange.  As I get more comfortable speaking the language and expand my cultural awareness, I hope that I can teach my community about my own culture.

This brings me back to my initial point: the feeling of being lost. Throughout those first few months, not only was I extremely lost, but I was also not even trying to become more familiar with my community. However, I'm done with that phase. I'm ready to experience Bosnia to its fullest!