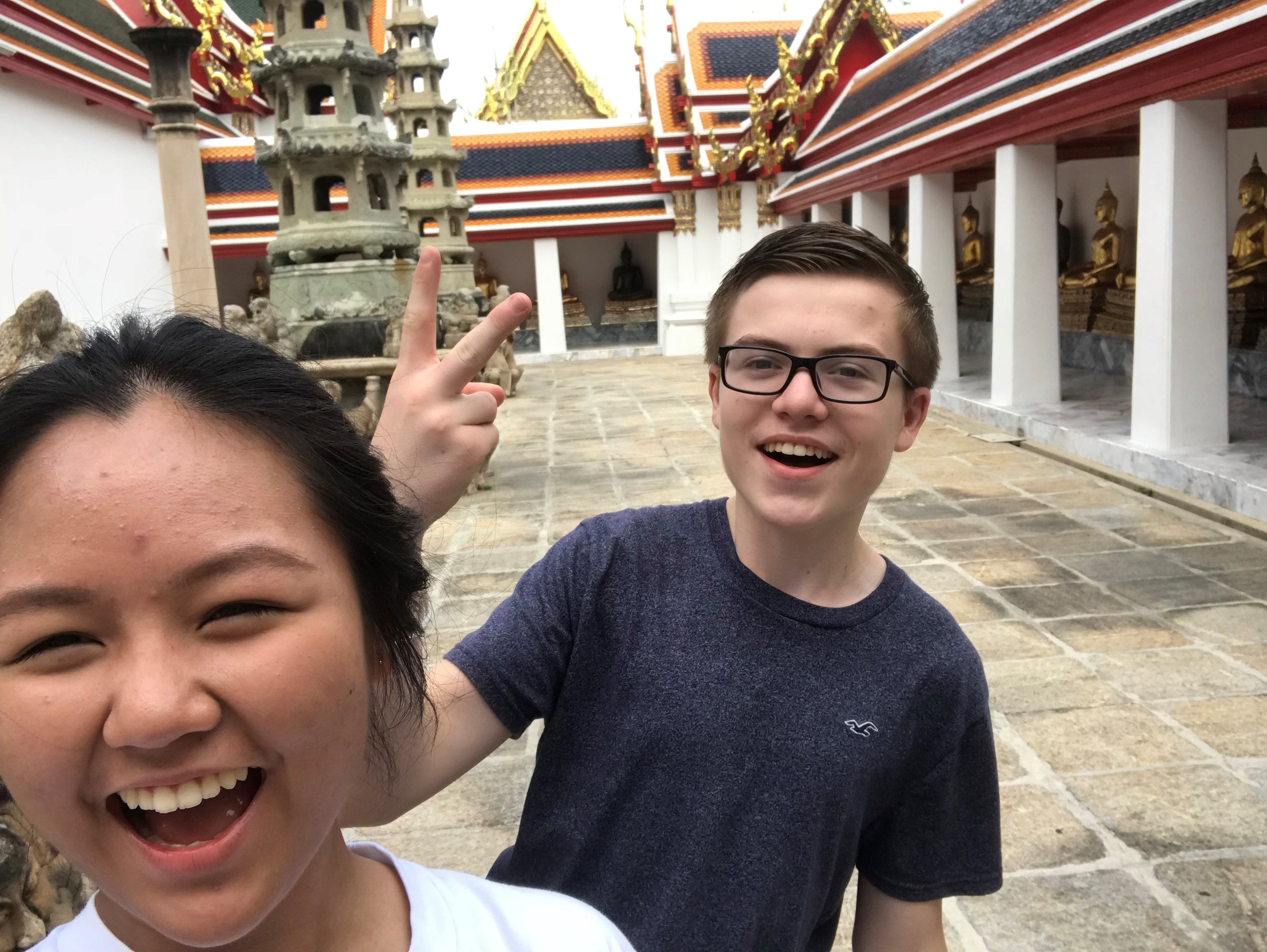 I recently had the opportunity to join friends for an experience learning about religious minorities in Thailand during Global Youth Service Day (GYSD).

First, my Thai friend and I volunteered at a Sikh temple in a predominantly Indian neighborhood. Before volunteering there, I knew next to nothing about Sikhism, but now I have a basic understanding of their beliefs and customs, such as the belief in several Gurus and the practice of providing basic needs for the community. Every Sunday morning Sikh temples have Langar, which is when a meal is offered for free to the community. After passing out drinks and cleaning plates in the main meal room, we went to the temple gate where we passed out an assortment of food to people of all faiths who were passing by the temple. 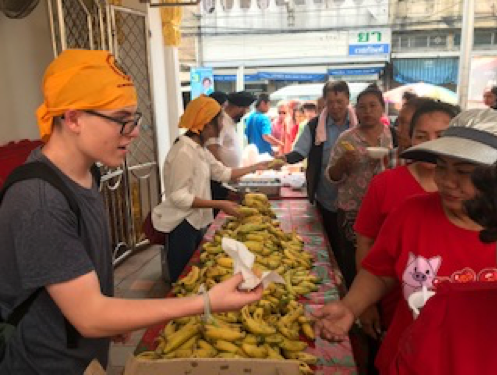 Luke handing out food during Langar.

The second activity I took part in was visiting a Thai mosque with another YES Abroad student and a Thai YES alumnus. We visited during one of the daily prayers and were welcomed to observe everything. A man who had been praying approached us and kindly offered to answer any questions we might have about Islam. I originally had thought that Muslims spend a long amount of time at a mosque, like Christians do at churches, but among other things I learned that time at the mosque can be brief.

Overall both religious places were full of very kind and welcoming people. Thailand may be majority Buddhist, but below the surface there are many other faiths and groups.