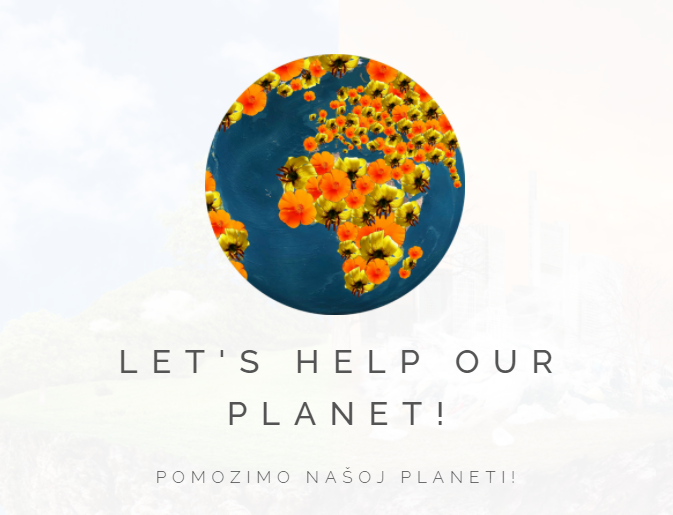 The goal of project "Let’s Help Our Planet" was to raise awareness about climate change and global warming in honor of Earth Day. The Bosnia and Herzegovina virtual YES Abroad participants and YES inbound finalists aimed to create a website to educate and direct audiences to resources on this topic. The group created a website with text and resources in multiple languages: “It was important to have the website in two languages since we had participants from two countries, the United States of America and Bosnia and Herzegovina, in our group and we wanted to make our website more accessible to everyone. That proved a great idea since we did not only have website visits from Bosnia and Herzegovina, but from neighboring countries such as Croatia, Serbia, and Montenegro.” YES Abroad participant Julie believed that, “in a way, having it available in couple languages also promoted one of the main goals of the YES program as a whole: promoting a mutual understanding.” 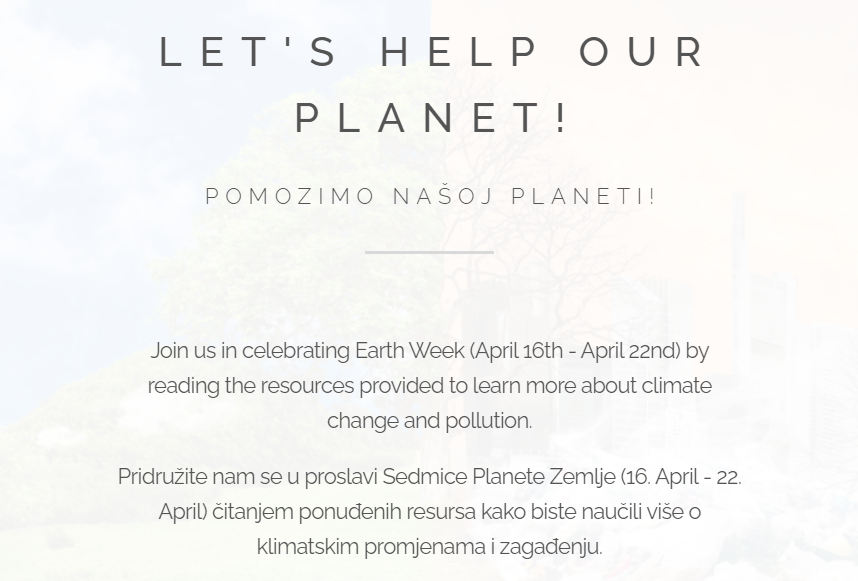 The website was shared over 55 times on three social media platforms and was also disseminated on LinkedIn. After one week, it had over 1,800 views and 2,500 engagements from 17 countries. The group received feedback from website visitors that the site had helped them learn more about climate change and pollution. Originally, the group created digital posters with a goal of 20 shares – this was more than doubled, resulting in 55 shares. Not only was the project successful, it also is sustainable and the website can be maintained and expanded over the next year. Because of COVID, the group’s plan to coordinate a cleanup to accompany the launch of the website ended up being unsuccessful but the group hopes to organize a cleanup for Earth Day 2022.