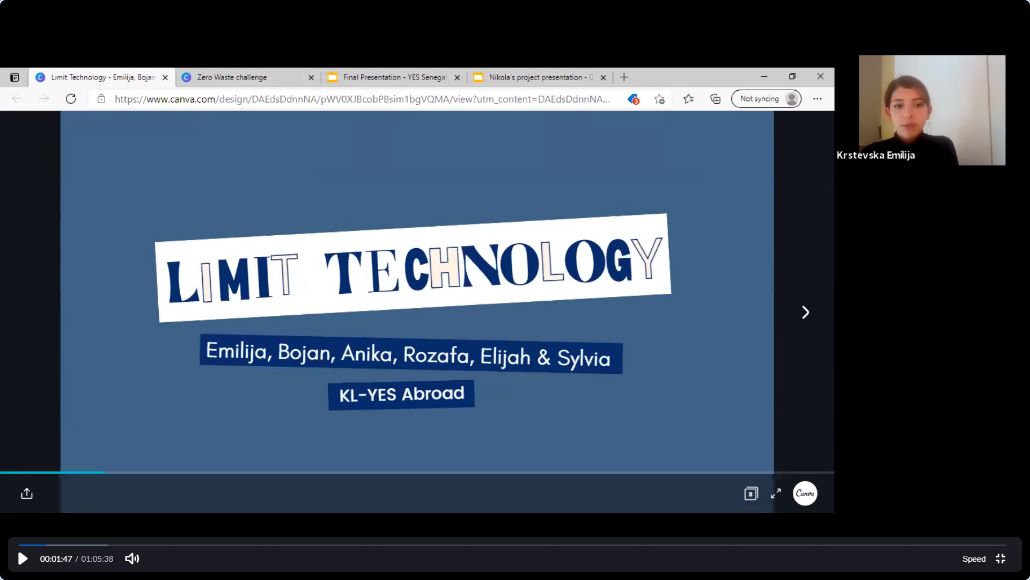 “Limit Technology,” organized by virtual YES Abroad and YES inbound finalists from North Macedonia, promoted letter writing as an alternative to online communication during the month of April 2021 in order to limit the reliance on technology. The group drew names and anonymously sent each other letters via mail. This allowed them to become both instant and, in some cases, long-term pen pals!

The group chose to focus on “old-fashioned letter writing” because they realized the only method of communication among them involved technology and that they did not have any tangible items to symbolize their friendship. YES participant Emilija would like to “encourage the youth to try doing something different, something simple and easy, yet so fun. Sending letters seems a little crazy now, since something that can take up to a week to arrive can easily be digitally shared in seconds. Nowadays, we got used to having everything at our fingertips and forget to enjoy the simple things in life, like someone handwriting us a note.” 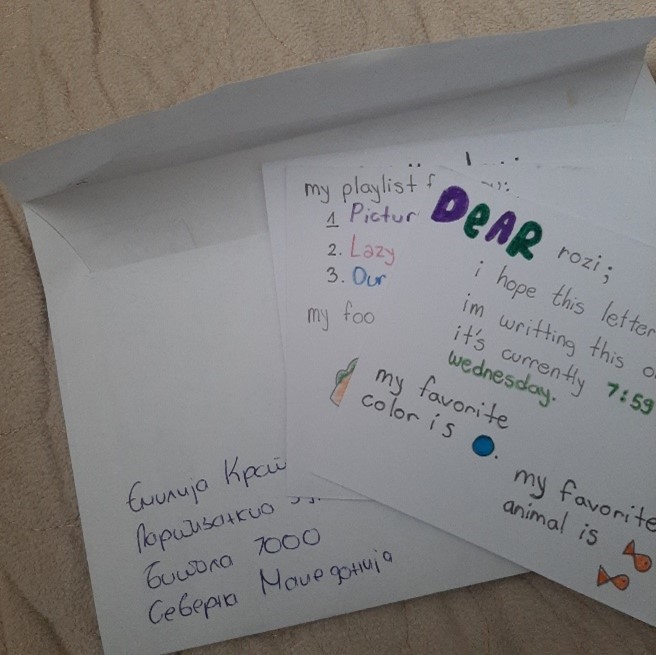 To achieve their goal of communicating without technology, the group created a set of SMART goals that involved delivering letters in a timely manner, promoting the project outside of the group, and limiting their own time socializing on social media. Their takeaway was the satisfaction of receiving a letter via post than simply a text message! Emilija said that, “the personal letter I received was heartwarming.” For YES Abroad participant Sylvia, “The experience of sending something out into the world and excitedly waiting for a reply adds a bit of excitement to your days. Most importantly though, taking the time to sit down and write a letter shows that you care about the other person enough to put thought into something for them. It just seems more personal than simply sending a text message.”