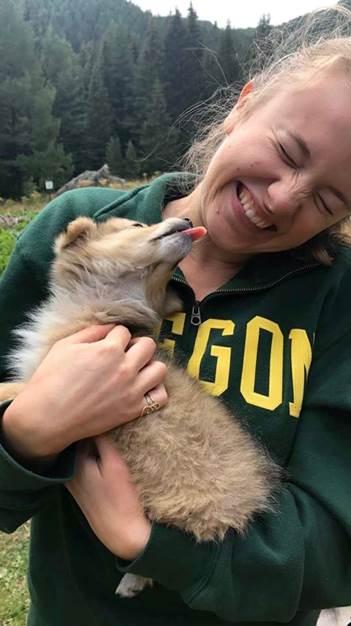 Culture is more than a language, a cuisine, or a shared history. It’s a mindset, an outlook, a way of operating in the world. As an outsider observing a culture, you see those within it living according to a set of guidelines to which you do not have access. It’s a surreal experience, watching the world around you glide along smoothly while you are being jolted and jarred at every turn.

Being an exchange student is hard. It’s scary and confusing and comprised mostly of question marks and unknowns. Living as an American in Bulgaria is particularly interesting, in my opinion, because on the surface the two cultures don’t seem that far apart. Like most American cities, Sofia is plastered with billboards and graffiti. The metro stations have the same metal benches and slightly misleading directional signs you might find in the New York subway system and old men play chess in the parks. You can find Bulgarian iterations of The Voice, The X-Factor, and Big Brother (both normal and Celebrity) on TV and Taylor Swift’s questionable new singles play on the radio. Underneath all of these surface-level similarities, however, are more nuanced differences I haven’t quite adjusted to yet.

For example: In restaurants, whichever food is ready first is served first. Salads usually come before everything else, just like at home, but if my fish is ready 20 minutes before my friend’s pork then my friend can wait 20 minutes while I eat. This is, of course, a very logical way to do things. Why endeavor to keep the fish warm for 20 minutes if it’s ready now? Unfortunately I seem to have a gift for ordering the most complex and time-consuming of dishes and my American discomfort with making everyone else wait for me doesn’t love eating after everyone else has finished. But in Bulgaria, where they do not share our American sense of constant urgency, what’s the big deal? While the last one served eats, everyone else can linger over coffee — or even order more food! To me, this difference in dining habits is indicative of a larger difference between my home and host cultures. In Bulgaria, things happen because they happen. In the U.S., things happen because you decided that thing will happen now. Though my naturally hyper-organized mind has struggled to adapt to it, I like the Bulgarian mode de vie. Schedules aren’t ignored and things happen more or less on time, but I can’t think of a single time I’ve seen a Bulgarian rushing or felt pressure to rush myself.

But transitioning into exchange student mentality has been more than just acknowledging cultural differences. It’s also been learning to accept that for the foreseeable future, I am not really in control of my life. In a way, it’s nice. I do a lot less thinking of and planning for the future than I’m used to, but my significant independent streak continues to wrestle with the idea of being utterly at the mercy of anyone besides myself. Every time I get in the car with my host mom, there’s about a 50/50 chance that we will go straight to our destination or make anywhere from 1 to 3 stops along the way. As time goes on I’m sure life will fall into a familiar, mundane rhythm, but for now I live in limbo. It’s not the worst place to be. At the very least, it keeps thing interesting.