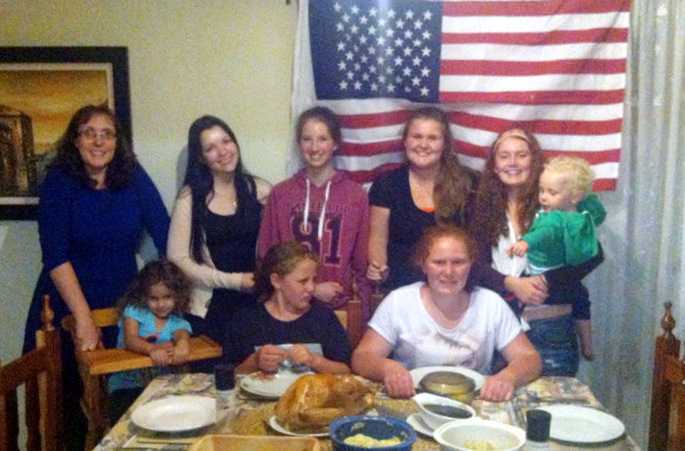 The original version of this article, by Jessica Else at The Argus Observer, was posted on ArgusObserver.com on January 11, 2015.

ONTARIO — Travel can offer a change of perspective, and many of us have a visit to a foreign country on our bucket list. For 16-year-old Ontario native Bethany Grove, simply visiting wasn’t enough. She wanted complete immersion and decided to travel as a foreign exchange student, spending 10 months in Johannesburg, South Africa.

“I have been in South Africa for almost four months,” Bethany said. “I’ve always had a deep desire to travel, but I didn’t want to just be a tourist. I wanted to see things from a different perspective that can only be experienced by living completely immersed in the culture.”

Bethany caught the travel bug in 2009, when her parents, Shawn and Angie Grove, who own Mackey’s Steakhouse & Pub, went to Latvia to visit a friend. They had met him in high school when he came to the U.S. as a foreign exchange student. Bethany started asking questions about foreign exchange, and then her own family started hosting students in 2011.

After a bit of research, Bethany settled on the United States Department of State’s YES Abroad Program, which provides full scholarships for United States students to study abroad in one of 13 countries. The application process requires students to rank the countries in order of their interest in visiting.

Ghana was Bethany’s first choice, followed by Bosnia and Herzegovina, and she chose to place South Africa third on her list.

“Looking back now and knowing the students in those countries, I definitely feel that South Africa is a perfect fit for me,” Bethany said. “What interested me about South Africa was the diversity of the people and their culture.”

She explained South Africa has 11 official languages, “not including regional dialects, and it completely contradicts every stereotype of the continent of Africa itself.” Johannesburg’s population is 6 million people, and Bethany said she lives with her host family in a home with all the modern amenities, such as hot water and electricity, and “even an in-ground pool.” She attends a private school with her host siblings.

When she decided to travel as a foreign exchange student, Bethany said she was wanting to experience something different than Ontario. She ended up in a completely different hemisphere.

“Johannesburg is opposite to Ontario,” Bethany said. “There are malls everywhere. There are tons of different plants such as palm trees, the jacaranda tree — my favorite — and, even, pine trees.”

Bethany spent her holiday season in 100-degree weather, swimming and traveling. She vacationed in the Northern Cape province in South Africa at the home of her host mother’s parents for Christmas. Together they attended Christmas Eve services and a midnight Mass.

“After the Mass service we went to my host dad’s brother’s house for a party,” Bethany said. “We finally got back to the house around 2 a.m.”

She said she spent the rest of the holidays, including New Year’s Eve and New Year’s Day, back in Johannesburg, in the pool.

“It felt more like the Fourth of July, rather than New Year’s,” Bethany said.

When she left the United States, Bethany’s goal was to leave familiarity behind, make new friends and learn a new culture, and that has turned out to be the biggest challenge of her journey thus far.

“I thought I could handle most any social situation,” she said. “But I have come to find that I am actually quite awkward.”

Bethany said it’s been a struggle making new friends in a new country, “but after three months, I have succeeded in developing relationships deeper than just acquaintance status.”