May American Abroad Student of the Month: Dane Liebermann 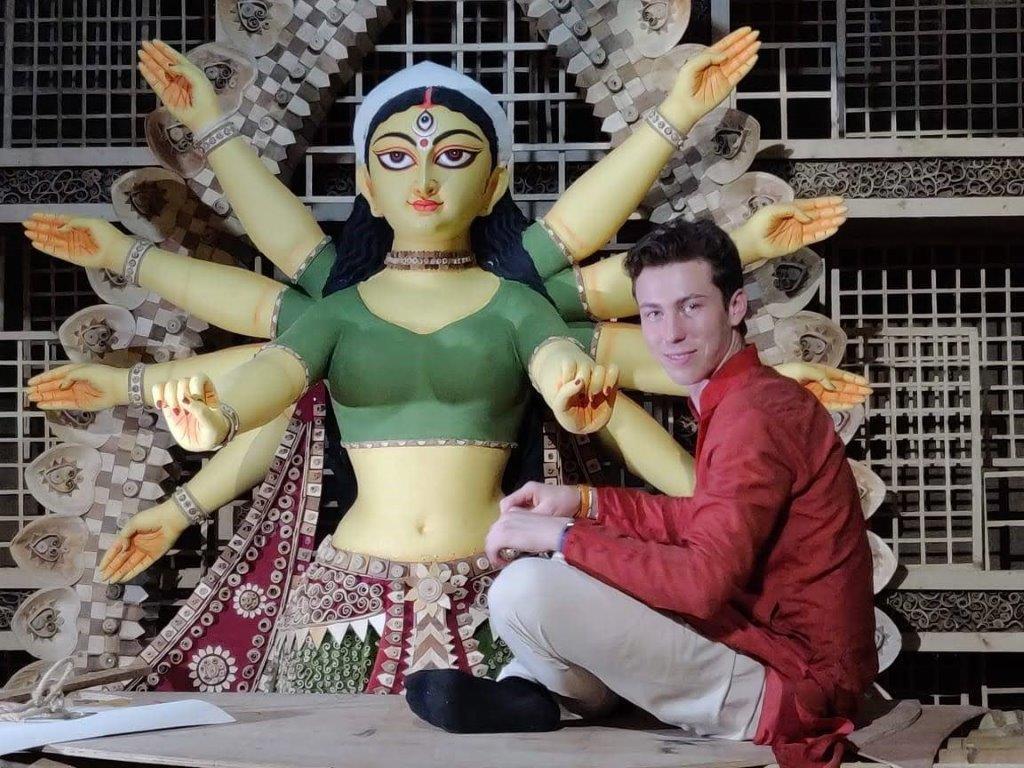 Dane Liebermann, a Kennedy-Lugar Youth Exchange and Study Abroad Program (YES Abroad) participant, is the U.S. Department of State’s May 2019 American Abroad Student of the Month.  A student at Union 32 High School in East Montpelier, Vermont, Dane is currently studying in Kolkata, India.

Dane has embodied many of the most sought-after qualities that make for successful exchange students during his time in India. Humble and good-natured, he has been proactive in seeking out opportunities to deepen his cultural understanding and has impressed his teachers with his dedication and patience in learning Hindi and Indian traditional dance.

Invited to observe the “Durga Puja” festival last October, Dane asked to volunteer after school surrounding the festival preparations due to his fascination in the intricate construction of “pandals”, temporary wooden structures for the reverence of the goddess Durga. Using his early grasp of Hindi, he engaged with the artisans and builders working on the structures to learn about the building practice. A local news media outlet featured Dane for his work (video below) and he spoke about his time on the YES Abroad scholarship. Dane also witnessed the Chief Minister of Kolkata inaugurate the very site he worked on, considered quite an honor in India.

Volunteering has been a cornerstone of Dane’s year abroad, as he has dedicated 75 hours to serving others during his time in Kolkata. He has been volunteering at a local orphanage, either teaching computer skills or just playing with the children to brighten their days, and he spent a day cooking and serving food to hundreds of people as part of a Sikh festival.

Recently, Dane invited by a friend to make a traditional Indian kurta together. Dane was inspired to pursue the multi-layered history of the culture of clothing in India for his Capstone Project. After the first kurta was finished, Dane decided he wanted to learn how to dye fabrics and learned how to make multiple patterns, including a traditional Rajasthani design.

Members of his local community commented that Dane has made a great positive contribution in his community throughout his exchange year, and his dedication has inspired other youth in Kolkata to contribute.