After spending a little over a month adjusting to life in Banja Luka and getting acquainted with the city, we found time to take a small excursion out of town. This day trip, the first of which there will be more, was to ‘Krupa na Vrbasu.’

Our first stop was to one of the hot springs situated along the Vrbas River, the thermal springs at Šeher. The water is naturally and nearly perfectly clear and can flow out at over 30ºC.

Following our brief stop at the springs, we continued on to the restaurant ‘Slap’ by the Šeher rapids. The view was breathtaking and the coffee was good as a rather cold morning turned into a respectably sunny day. The restaurant itself is home to a quite impressive and eye-catching array of antiques, curiosities, and artifacts, if you will, from a range of periods of the area's history.  Among the items were pieces that came anywhere from the Tito era, to well before the Second World War. 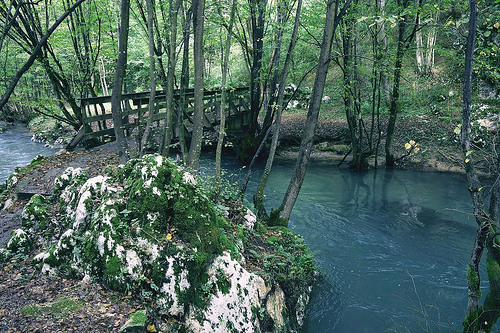 Once we had arrived to Krupa on the Vrbas, we looked around and took pictures of the landscape and explored the water mills built on the rapids. Some of the water mills are still functioning, filled with flour and spinning even now. Thanks to Banja Luka’s last remaining mill man, Đorđe Stanojčić, often called ‘Đoko’ by the locals, you can still buy flour from the old water mills. We had the opportunity to explore the surrounding area, including the old bridges and mills; to take in the picturesque plants and water; and to enjoy the smell of the clean air as we continued on a short hike along the Vrbas and into the wooded area. 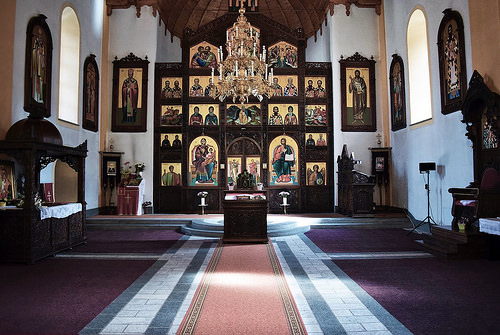 After our hike and exploring the wooded area, we took a trip to the ‘St. Ilija’ Orthodox monastery. The monastery itself dates back originally to medieval times, having quite a history of damage, destruction, restructuring, and reconstruction, which evidently continues. Coming from the United States, where most structures that still stand were built in the last 300 years, entering a building that has stood for at least the last seven centuries and seeing a church that heard prayers before the language I speak was even close to its modern form never fails to amaze me. 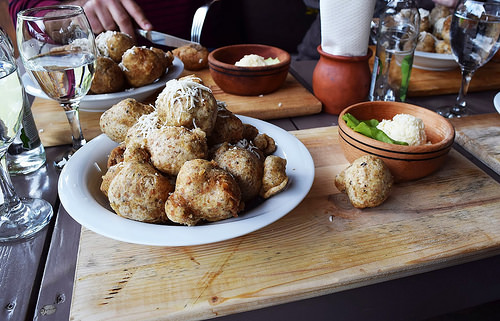 After the events of the day, it was decided that lunch should happen. To make this all-important event occur, we stopped at the ‘Rafting Club,’ and ate uštipci (OOH-shteep-tsee). Uštipci are a sort of fried bread dish sometimes similar to doughnuts and often sweet, but in this case, served with kajmak, a mild goat cheese. Once we had eaten, we traveled along the scenic and shockingly short route back to the city and finished our Saturday back in Banja Luka.