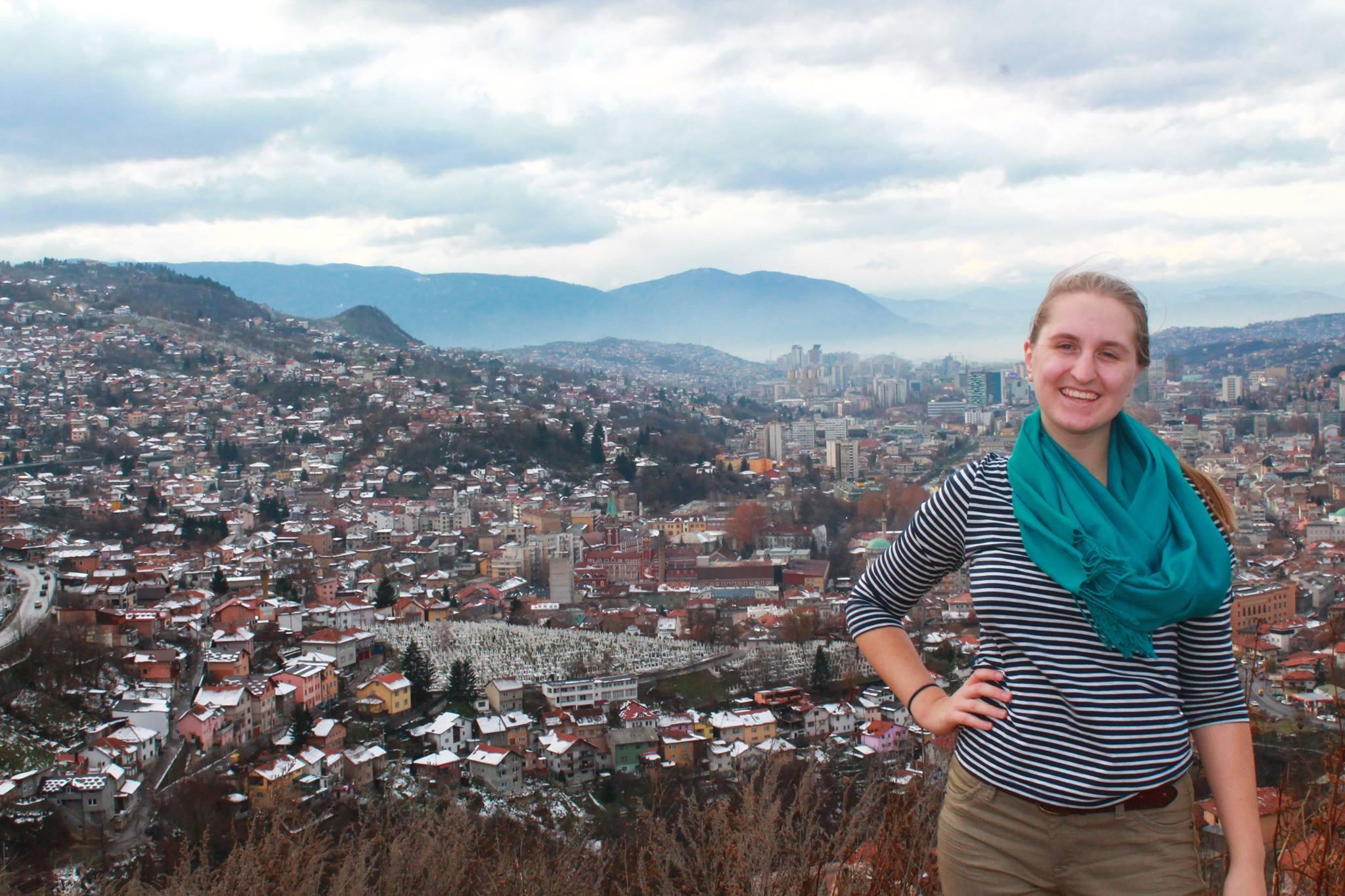 Returning to the place where you were a high school exchange student is a strange thing. At times, you feel like you’re 17 again, but the trick is to remember that you’re not. You’re older now, and (hopefully) wiser. You’ve been given an opportunity not just to revisit all your favorite spots, but to dive deeper and learn more about the city you called home for a year.

That’s what I’ve been telling myself since arriving back in Sarajevo, but the truth is old habits die hard. The french bakery will always be where I go to treat myself and I’m loyal to one doner place, and one doner place only. Even so, I’ve made it my personal mission to do the things in Sarajevo I neglected to do or wasn’t able to do in high school.

Before I started my year as a YES Abroad student, I devoured information about Bosnia. I read countless books and articles about the country’s past and present. Once I arrived, however, I never really took advantage of the in-country opportunities to explore Bosnian history. I guess I had decided early into my exchange year that museums were for tourists and that I was no tourist. In hindsight, that was a very dumb decision.

In order to right my previous wrong, I’ve decided that I’ll spend my second term in Sarajevo visiting as many museums, lectures, and events in the city as I’m interested in. First on my list was the National Museum. It was closed the year I was here in high school, so I never got the chance to see the Sarajevo Haggadah, which actually played a large role in what that initially got me interested in Bosnia. Lucky for me, February 1st was the Museum’s 129th birthday and they hosted a special viewing of the original Haggadah. Talk about serendipity!

Onto the next phase of my mission: making more friends. When I was in high school here I spent the majority of my free time with my fellow Americans or other international students. I only really had one or two close Bosnian friends that I would hang out with, and now they both attend universities outside of the country. As a result, I’m left back in Sarajevo without the friends I made here the first time around.

So I’m faced with two options: make more friends while I’m here or become a hermit. I’m far too talkative to really enjoy a life of social seclusion, so the former option wins out. Unfortunately, I’m no longer in school here, which means that I run into far fewer people in a day. I, therefore, have to seek out spaces where I have the opportunity to meet new people and make friends. (A ˝high contact˝ situation as my sociology professor back in the U.S. would call it).

Cafés, for example, the hallmark of Bosnian social life, are actually not great high contact locales. People go there to hang out with the friends they’ve already made, not to meet new ones. Gyms are equally tricky because even if they’re crowded, most people (myself included) want to tune out the world and listen to music while they work out. As such, I’ve turned my attention to clubs and classes around the city. These are great spots to potentially meet a friend because they guarantee that me and my hypothetical new friend already share at least one interest. So far, I have the information for three different groups around the city. My plan is to test the waters of each and find one that is both fun and social.

I doubt that most people feel the need to jump into new routines when they visit the place they studied abroad, but I really do. By seeing and doing more here than I did the first time around, I’m not allowing myself to think of my exchange experience as open and shut. I consider my year as a YES Abroad student here a success, but it was more of an Act I of the ˝Emma in Bosnia˝ story (working title) rather than the whole show. I’m back, the curtain is rising on Act II, and now the fun really starts.