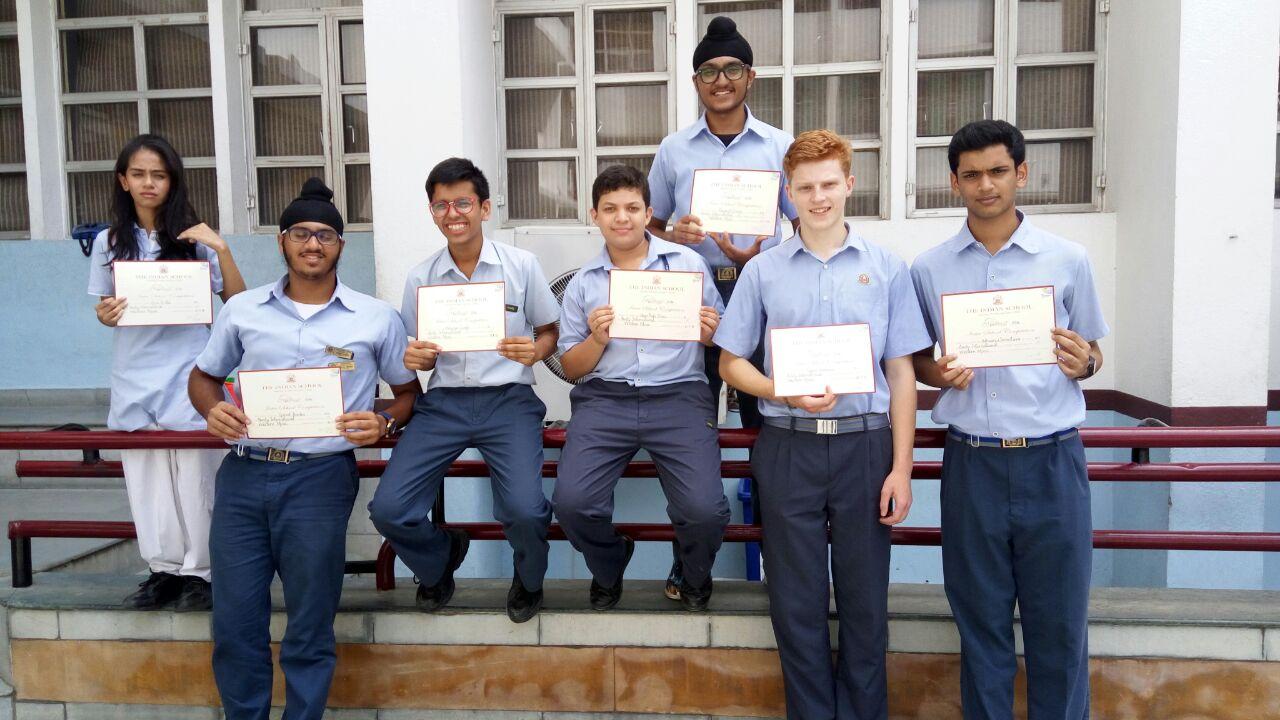 Cyrus is studying for an academic year in New Delhi, India, and has used his love of music to connect across cultures. Cyrus has become known as “the American trumpet player” around his school’s hallways due to his participation in his school’s jazz band. Recently, Cyrus and his band won third place in a music competition, for which Cyrus was awarded a special prize for playing a unique instrument. Watch and listen to Cyrus practicing!

Cyrus also enjoys participating in Model UN and has taken part in events such as “Run for Rio,” an initiative led by Prime Minister Modi to support Olympic athletes. He has also gone to great lengths to immerse himself in his new culture. Although he isn’t fluent in Hindi yet, he makes a point of starting every conversation in the language.

Cyrus’s experience in India is best summed up in his own words: “No matter what the cultural differences between people are, the fundamental nature of all humans is the same. All humans understand the importance of tolerance and acceptance in a community, and we all understand the gestures of respect and compassion we make to each other even if we come from vastly different backgrounds. This has become very clear to me through the lasting and close friendships that I have formed with my classmates, my family, and many other members of my community.”