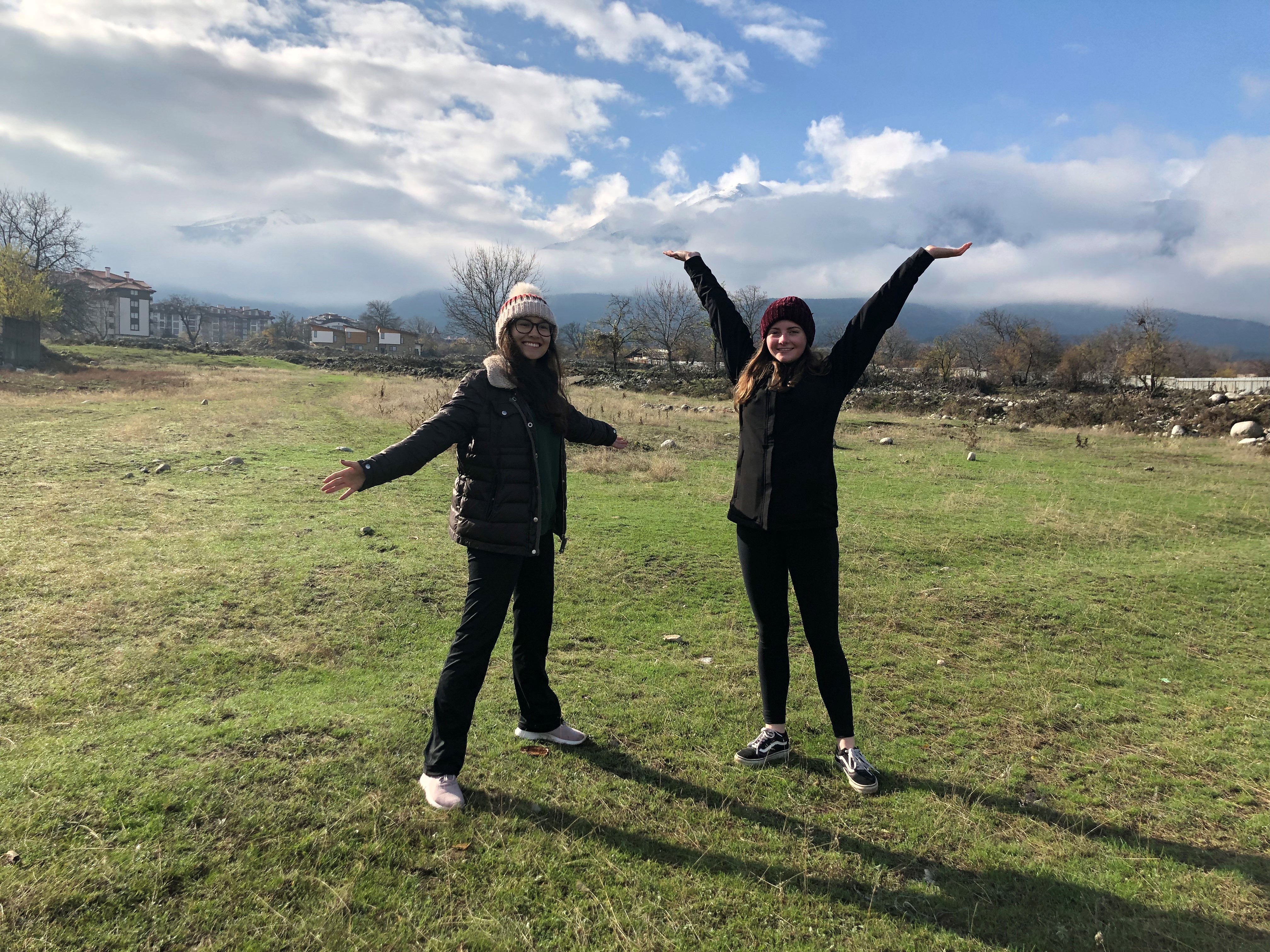 Здравейте (hello) friends! In the midst of starting college classes and the one-year anniversary of departing for my host country, I’ve had time to reflect on my exchange in Bulgaria. The most obvious accomplishment to me is that I learned to (almost) speak Bulgarian! While not the most challenging part of exchange, it is a good example of why exchange is so hard. Navigating the city, reading restaurant menus, and making friends were difficult in a way I had never encountered before. The simple tasks in life that I took for granted became foreign and awkward to me and every day presented new challenges.

In school, most of my classes were taught in Bulgarian, with a few taught in English and French. As time went on, I consistently surprised myself with how much I could pick up from lectures. Being discouraged is also a necessary part of the process; every time I naively felt I had a firm grasp on the language, I very quickly proved myself wrong. I still often compare learning Bulgarian to a game of darts. Certain words and phrases would stick in my mind, seemingly without rhyme or reason, but that made the smaller accomplishments all the more gratifying. My takeaway for those learning a new language is the same as with all aspects of study abroad—to have a sense of humor about making mistakes and to never be disheartened by them. My host family lovingly teased me about how silly my accent sounded when I first introduced myself to them. Eventually, all of my cultural and language mishaps turned into funny anecdotes that encouragingly remind me how far I came since arriving one year ago.

One of the most gratifying parts in this journey was that I had the chance to connect with people throughout the community. Understandably, going out into the city and practicing my Bulgarian with complete strangers scared me when I was only capable of mustering up a couple broken sentences and had little hope of understanding their response. I remember timidly practicing the same line over and over before rounding up the courage to order something as simple as a cup of coffee. But my efforts never went unnoticed. In the cafés I frequented, the cashiers began to recognize me and watched me go from only being able to say my one robotic line to being able to keep a conversation and draw from an extensive vocabulary. 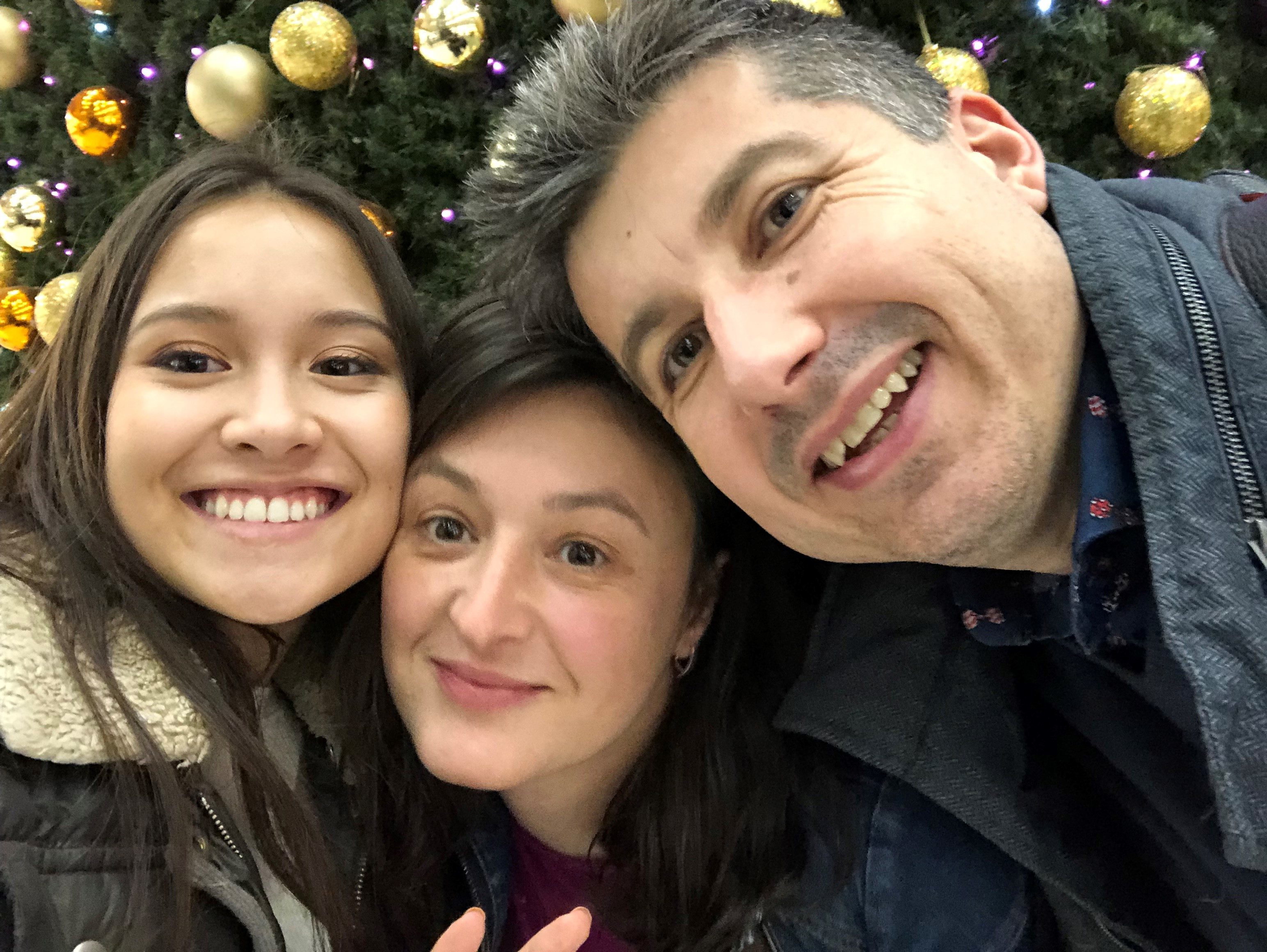 Karina with her host parents Kami and Vesko around Christmas

My host mother didn’t speak English, so she and I struggled to understand each other, especially in the beginning of my exchange. But I realized that I would never have a connection with her if I couldn’t hold my own in the conversation, so that’s exactly what I set out to do. I first learned the essentials centered around my daily routine like, “I am going to take a shower,” and “I am going to bed.” By the end of my time in Sofia, our conversations looked less like a game of charades and branched beyond my shower and bedtime routines. The confusion and hardships were worth it because I formed a relationship that otherwise wouldn’t have been open to me.

Overall, my six months in Sofia made for some of the fascinating and tumultuous experiences of my life. I fluctuated between feeling daunted by what I had left to learn, while being astonished at how far I’d come. Focusing on the small accomplishments, instead of having unrealistic expectations, made learning more manageable. Leaving the United States to go to an entirely new country was very isolating at first and I felt misunderstood and clumsy in every aspect of life. But eventually, through my daily efforts to try new things, a new language, a new activity, things became easier, and I stopped missing the familiarity of home in the U.S. Gradually, without me realizing it, Bulgaria became the new normal. I would forget that I was still a foreigner, and the feeling of displacement and homesickness faded away, replaced with gratitude for the lively country that accepted me with open arms.

Sometimes the world throws unexpected curveballs our way, and in everyone’s case, this curveball was Covid-19. The experience of suddenly being plopped from my adjusted life in Bulgaria to quarantining in America was surreal, but if anything, my time abroad prepared me for lockdown in ways it’s taken me months to understand.  Moving to a new country one day and having to relearn every aspect of my life in a different language and with unfamiliar cultural norms prepared me to adapt to new, unforeseen situations. Once the dust settles, I am certain I will find myself back in Bulgaria, finally fulfilling my long-awaited dream of roaming the Rila mountains and speaking the language that has given me so much.