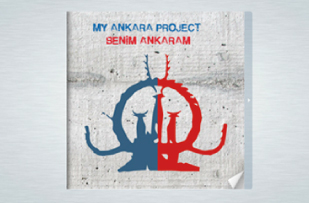 As part of International Disabilities Week and to celebrate UN Day of Persons with Disabilities, six YES Abroad Students worked with six mentally disabled Turkish students  for the "My Ankara" project.  The U.S. Embassy Ankara partnered with ZICEV, a Turkish NGO working on mentally disabled issues, to sponsor the project.  The project was lead by Suderin Muderat, a U.S. Department of State International Visitor Leadership Program (IVLP) alum.  After participating in a photo workshop in late November the students went around Ankara to take photos showing Ankara through their lenses. On December 3 Ambassador Ricciardone opened the exhibit at Panora Shopping Mall (one of the largest in Ankara). Both the Ambassador and Member of Parliament Safak Pavey (International Women of Courage/VolVis winner 2012) gave remarks. During her remarks, Safak Pavey commented on the importance of Americans and Turks working together to support disability rights and awareness.

An estimated 20,000 people are expected to view the exhibit throughout the week.  Over the next few months the exhibit will travel to Istanbul, Kayseri and Gaziantep.  The YES Abroad kids said it was one of their greatest experiences and even spoke in Turkish on television.