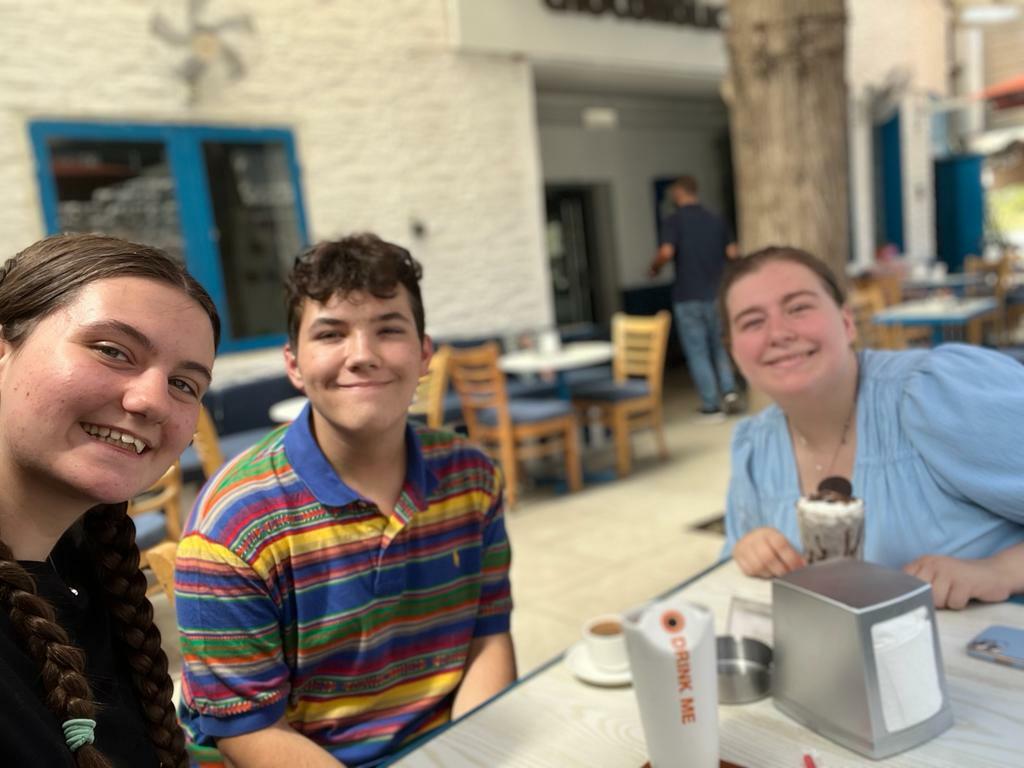 Qahwa (قهوة) is the Arabic word for coffee, and my experiences here in Amman, Jordan, the struggles and successes, I feel can be best explained through my interactions with it so far. To start, coffee is not the same here as it is in America, in fact some coffee shops label what I am used to as “American Coffee,” much to my delight. No, the coffee consumed here, usually pronounced ahwa, is more than something to get you going in your day, it is a culture.

I first experienced this culture on one of my first mornings, when I walked to what was labeled as “Starbucks” on Google Maps. When arriving I quickly realized that this was not in fact a Starbucks, but instead one of the many hole-in-the-wall corner stores that can be found around Amman. I had no Arabic essentially at this point and asked in English for a coffee. He made a thick Arabic style coffee and I took out my card to pay, but was quickly denied, he only took cash. Defeated and worried, I was ready to just leave, but instead he pushed the coffee towards me and said welcome to Jordan, my first taste of the wonderful hospitality I’ve received in this country.

Now, having been here for a while, I've seen all types of coffee here in Jordan, my favorite being Turkish coffee. A deliciously bitter and thick coffee found in any café in Jordan, and with every delicious cup I am reminded of the warmth shown to me at these coffee shops. The patience shown to me when I order in broken Arabic, the kindness when I have to ask for extra sugar because I am not used to the flavor of purely black coffee, or even kindly attempting to write my name, even though it doesn’t make sense in Arabic. This leads to a recent breakthrough I’ve made centering around coffee and my host family.

Every morning, my host mom wakes up before me and makes coffee for my host dad and herself, as well as making me a cup of tea. I like tea, but I was used to having coffee every morning in the US, so seeing coffee made my sleepy eyes awaken. I always wanted to ask for a cup, but out of fear of misspeaking or otherwise offending, I would decide against it. That changed a recent morning. I was off of school for the day and decided to go for it, as my host mom put the Turkish coffee pot on the stove I finally asked if I could try some of the coffee. She looked at me, slightly surprised by my request, and said sure, but she didn’t know if I would like it. I was nervous to take the first sip, but this act of my host mom to give me some of the drink that she made herself every morning felt like it was her way of showing that I had been accepted into the family, like I had finally joined the morning schedule. I drank the cup slowly, getting used to its bitterness despite the sweet moment, and I grinned at my host mom and said Zaki, the Jordanian word for delicious.

The coffee was good, but the meaning behind the experience was even better. 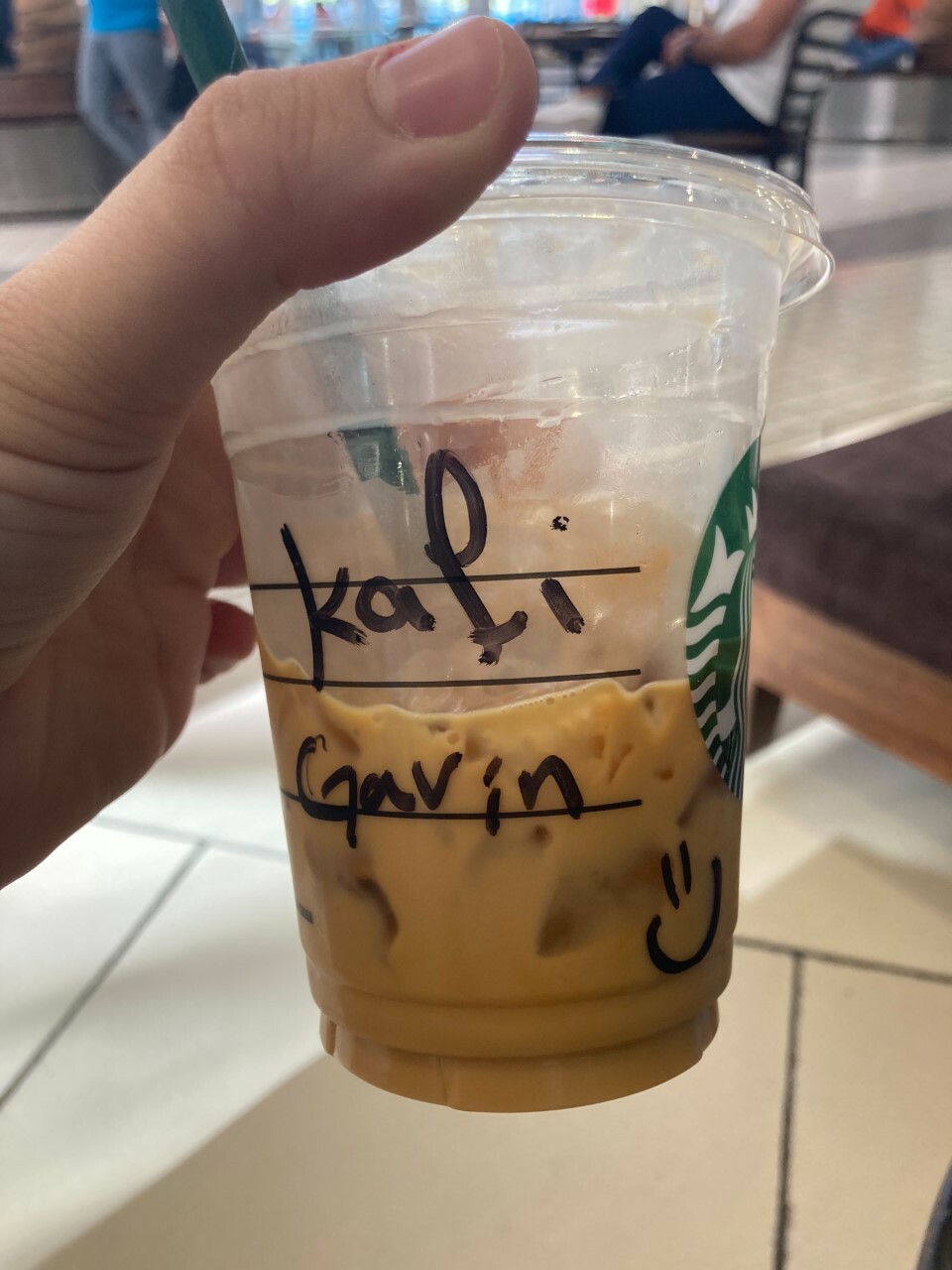 My name was misspelled by a worker at a cafe, she krote Kafi, before giving me the marker and asking me to write it myself. 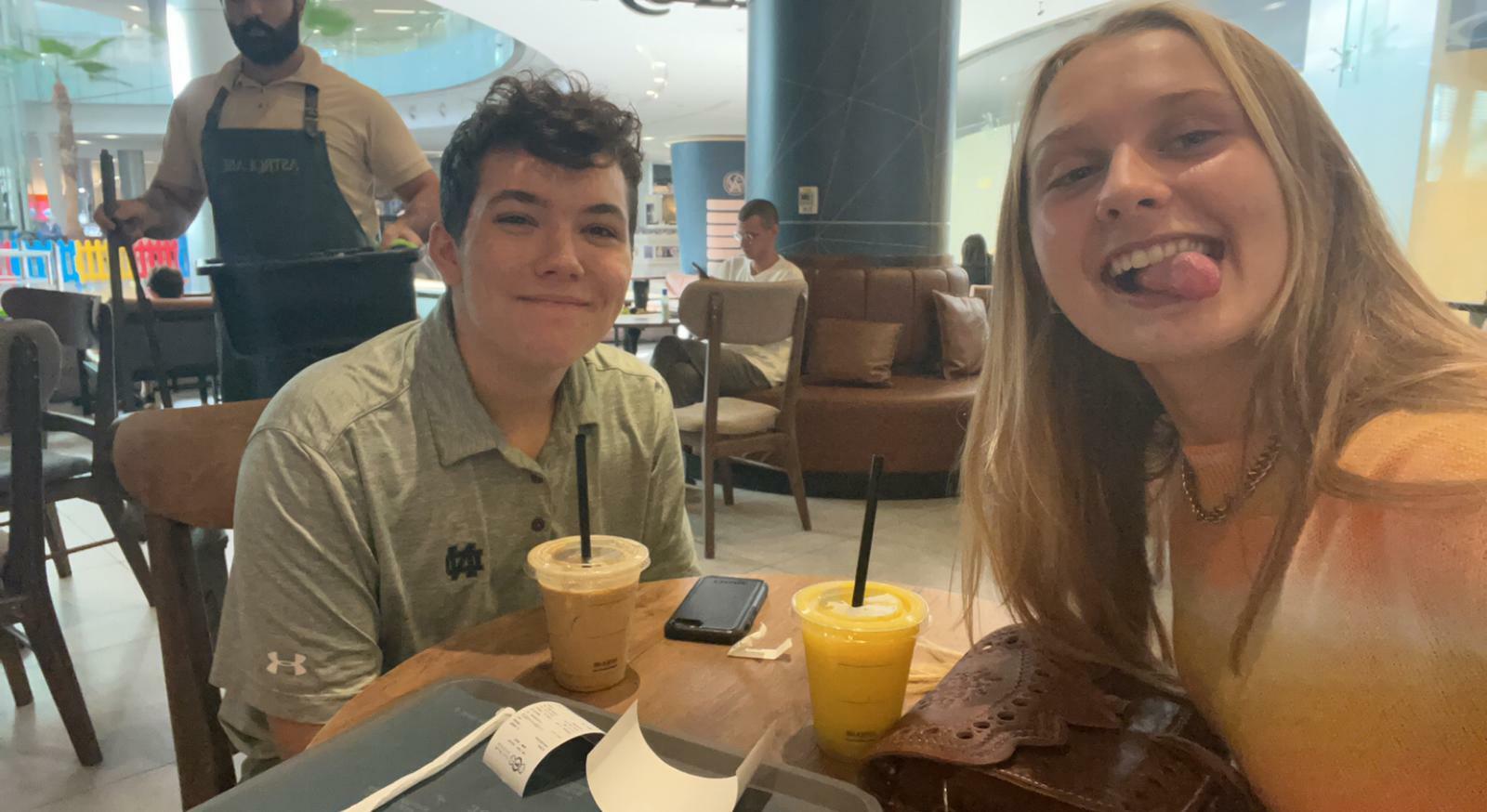 Me and Addi, another YES Jordan student, getting coffee.