A Reflection on My Visit to Banja Luka

Last week, the YES Abroad students in Sarajevo travelled to Banja Luka—the largest city in the Republic of Srpska region of Bosnia and Herzegovina and the host city of three YES Abroad students this year—in order to participate in a mid-year program orientation. On Sunday, January 3, we left Sarajevo amidst heavy snowfall and drove for six hours to reach Banja Luka, a city of less than 200,000 people. We spent our first night catching up with our fellow students who live there, comparing experiences, and eating local cuisine at a nearby restaurant.

The next day, we participated in our YES Abroad program’s mid-year orientation activities. This orientation was a nice way to reflect on our exchange experience so far and to recognize what our expectations and goals are for the rest of the year. We also discussed how realistic our previous expectations about our year on the YES Abroad program were.

After we finished for the day, we split up into groups and were shown around the city by our fellow students who have lived in Banja Luka for the past five months. For two cities within the same country, I was surprised by how different Banja Luka seemed to be from my host city, Sarajevo. It appears to have been more influenced by the Austro-Hungarian Empire rather than by the Ottoman Empire, and everything seemed spread out. I heard someone say that everything in Banja Luka is a twenty minute walk, no matter where it is, and that certainly seemed to be true during our visit!

On Tuesday, our last full day in Banja Luka, we went to two museums with our local coordinators. The first, the Museum of Republica Srpska, had exhibits showing the history of Banja Luka and the surrounding areas, the Jasenovac Concentration Camp in Bosnia and Croatia during WWII, and the traditional clothing and houses of people from the region. The second museum, the Banja Luka Museum of Modern Art, was one of my favorite places we visited. It was a typical modern art museum, except that they had an exhibit called "Space-Shape-Touch," which is dedicated to blind and visually impaired persons. It was really interesting to experience what art must be like for those without sight. After the museums, we drank coffee in the beautiful medieval Fortress Kastel located on the bank of the Vrbas River, tried some famous banjalučki ćevapi, and continued to explore Banja Luka, all while trying not to fall as we made our way through the huge piles of snow that had built up over the week.

Overall, my experience in Banja Luka is something that I will always remember. It's amazing to me how two cities within such a close distance of one another can be so vastly different, but I suppose that's what happens when you live in a place like Bosnia and Herzegovina, where multiple cultures meet. Banja Luka—with its grandiose Orthodox churches, its pork-filled menus, its large parks, and its explicitly Austrian architecture—is as different from Sarajevo as Dallas is from New York. However, the city and its people are wonderful nevertheless. 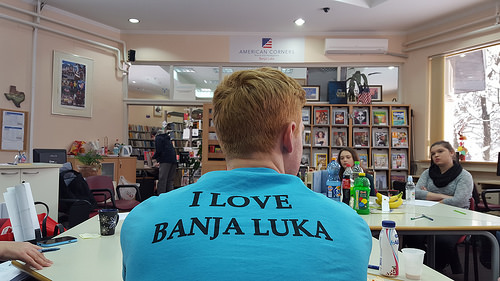 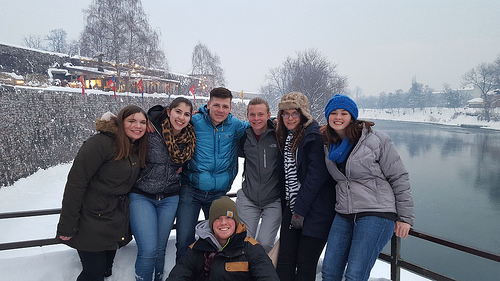