Reflections from a YES Abroad Traveler 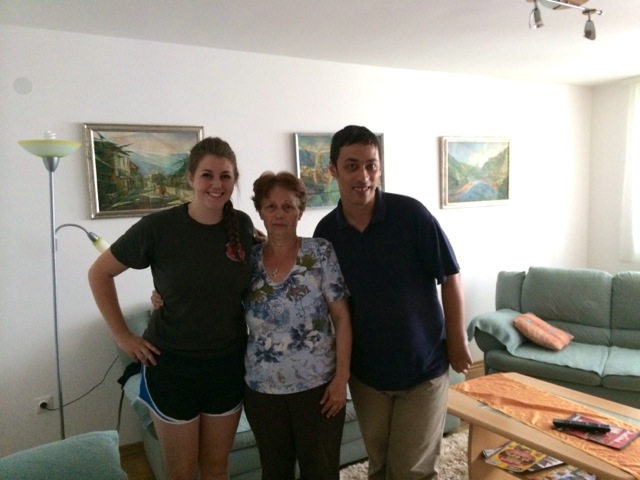 Going back to Bosnia last August was both like returning home after a long trip and like stepping into a long-forgotten dream. It was bittersweet, knowing that I would have to leave in only a week. Bosnia isn’t a country that can be experienced in a day or two—it takes weeks to settle into the pace of a country diametrically opposed to the forced rush of American culture.

But I took what I could get. A week was just long enough to truly experience the joy of being back with my host family, speaking Bosnian, and having coffee with old friends. I was shocked when I opened the door to my apartment to find most of it renovated! Small differences like new doors and a new shower made me incredibly happy for my family that they were able to afford these new luxuries. However, it was also a physical reminder that time had passed and, no matter how much I missed it, I no longer lived there.

I had some pretty bad reverse culture-shock when I returned to America last summer. This included feeling like everything would be magically better if I just returned to Bosnia and everything “went back to normal.” I think what this trip showed me is that my life has moved on, changed, and evolved as well as that of my host family, and that’s not a bad thing. In fact it’s amazing. Life cannot remain exciting and invigorating without change and discovery. I wouldn’t give up the past year and a half at Yale for anything. However, it’s also wonderful to know that there is a place in the world where you will always have a bed to sleep in, food to eat, and news to catch up on. The lives of my friends, my family, and even my coordinators are different now, and that is a change I must accept and celebrate in order to have all of our relationships grow in the coming years. Because I’m certain the relationships I made in Bosnia I will keep for the rest of my life. Whether it was the other members of the YES Abroad class (looking at you Savannah, Helena, Anna, and Katie), my host brothers, or my classmates. 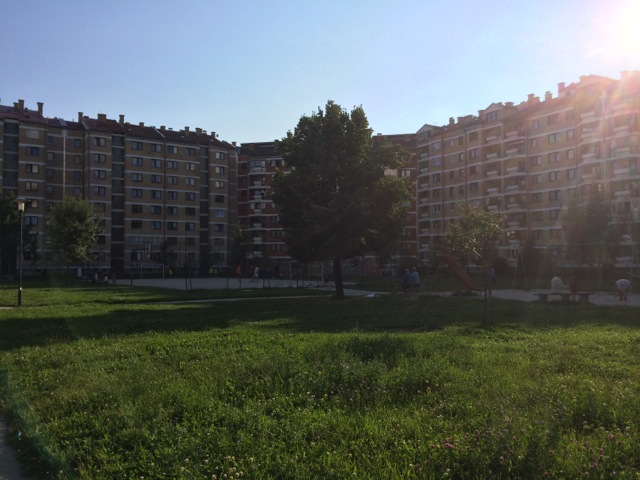 Just like my friends, the city had also changed. Sarajevo was livelier than I had ever seen it. That may have had something to do with the approach of the Sarajevo Film Festival or the recent end of Ramadan, but it was wonderful seeing my old town filled to the brim while I ate Cevapi with Helena and her host father. The new Sarajevo City Center stuck out like a sore thumb to my old eyes. I was almost tempted to say “kids these days” in reference to the new YES generations who will see Al Shiddhi and the many renovations without knowing what the city looked like before. There are small construction projects all over that I find fascinating because most are linked to wealthy Middle Eastern investment. These projects are accompanied by many new Middle Eastern tourists, who are slowly starting to bolster the Bosnian economy. I’m curious as to how this new relationship will develop in the future. Definitely something I’ll keep my eye on.

I was able to visit all my old haunts as well as add a few new ones to my list of favorite spots. Helena and I went to the open-air market, the Orthodox Cathedral, and also visited the recently reopened Sarajevo City Hall. I’m very hopeful for the coming years and Sarajevo’s evolution into a modern European cultural hub. It’s got quite a ways to go, but in 15 years? Who knows, it may be the new Berlin. 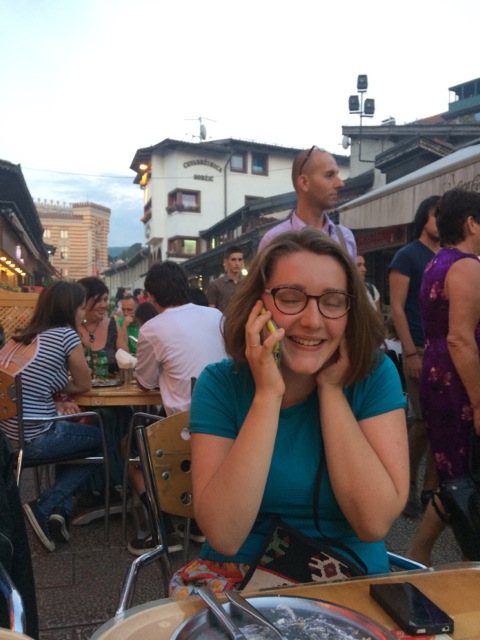 Overall I’m so happy I was able to return, even for a week. Just sitting in my kitchen, eating my host mom Sefika’s soup with fresh bread, made me want to cry from a happy nostalgia. But now I’m back in America, in the middle of my second year at Yale, and I’m filled with a very satisfying feeling. I feel like I’ve finally come to terms with my Sarajevo-homesickness. I guess I accepted that my year abroad was just that, a year. Now it’s my responsibility to use what I learned in that year in the pursuit of becoming a global citizen. It’s truly my privilege to hold a year so full of fulfilling memories close to my heart.

But I can promise you one thing, Sarajevo, I’ll be back.