Running with the Peacocks 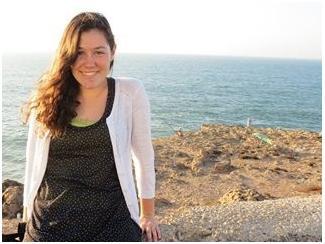 Since coming here to Morocco, I’ve seen a lot of things you don’t see in the USA, like the occasional donkey pulling a cart around Sale, or the adorable little Dominos delivery motorcycles. These make me smile, but do not really shock me, unlike my experience today. I was casually running through the “” as they call it, (a safe running area as close as one can get to a forest here), and as I rounded my third lap on the gravel path I glanced ahead and almost tripped over my feet. There, in front of me, was a peacock. I gave a double take and then looked left where two more peacocks stood next to me. I stopped running and just started laughing. Yes, I’ve seen peacocks before, and not just in a zoo, but for some reason I did not expect to see three peacocks just hanging out next to a path in a fenced in park. I wasn’t quite sure what to do, so I just started running again with a confused smile on my face. Why this was so shocking to me, I have no idea, but those three peacocks changed my view for the rest of the day.

They weren’t the same gorgeous blue green bird you think of when you hear the word peacock, but rather your usual brown bird, just with a huge green feathery tail waiting to pop open. If I hadn’t been looking around and enjoying my surroundings as I ran through the California reminiscent vegetation, I probably wouldn’t even have noticed them. These birds were a reminder that I need to keep my eyes open. I can’t just sprint through this year and keep my eyes straight ahead. To fully grasp the year and everything it has to offer, I need to be able to look around and see what else is available. I might take a wrong turn and be late to school, but I discovered a new café to try out, or a cool looking building.

Last week I was sitting drinking coffee in our kitchen when my host brother came in and said that him and Papa were leaving. I asked him where they were going and he simply replied, “Sale.” When I asked what they were doing he didn’t know, but I had nothing better to do at 2 o’clock on a Wednesday, so I hopped in our little Kia and headed off to Sale with them. (Sale is the city across the Bouregreg River from Rabat, where I live). My face was smashed against the window to try to get a better view of everything around me, and as we drove along the highway overlooking the ocean, I noticed some beautiful rocky tide pools and people just sitting along them, enjoying the view. I was in awe, and knew that they couldn’t be too far from my apartment, so the next day after class, Kate and I walked all the way back to Kebibat and then followed the ocean breeze until we emerged from the city to a breathtaking view.

The sparse dry land on the other side of the busy road gave way to a rocky cliff framing the deep blue ocean. Kate and I found a path and worked our way down to a ledge jutting out of the rock about halfway down to the sea. We sat down and just took in the sight before us. It was a hot day, but the ocean breeze and salty mist from the crashing waves beneath us was somehow a thousand times more satisfying than any air-conditioning could ever be. Below us, numerous tide pools dotted the jagged shoreline and some daring Moroccans dove off a ledge into the waves. We sat there for almost an hour, unable to tear ourselves from the jewel we had found not 5 min from my apartment. Since then I’ve returned 4 times, and been able to share it with the people around me.

Had I not seized the chance to go to Sale with my host brother and father, and had I not looked out the window, I would never have discovered La Pierra Case, or broken rock, as a local told us it was called. In the states, I was always constantly focused on my goal; whether it was simply to get to work, or even to achieve a certain grade in class. Almost everything I did had a specific purpose at the time, or would help me attain something, but now I realize the importance of peripheral vision. Keep your eyes open guys, for all you know you could be on a bike ride and there could be an ostrich next to the road. You just have to keep your eyes open.