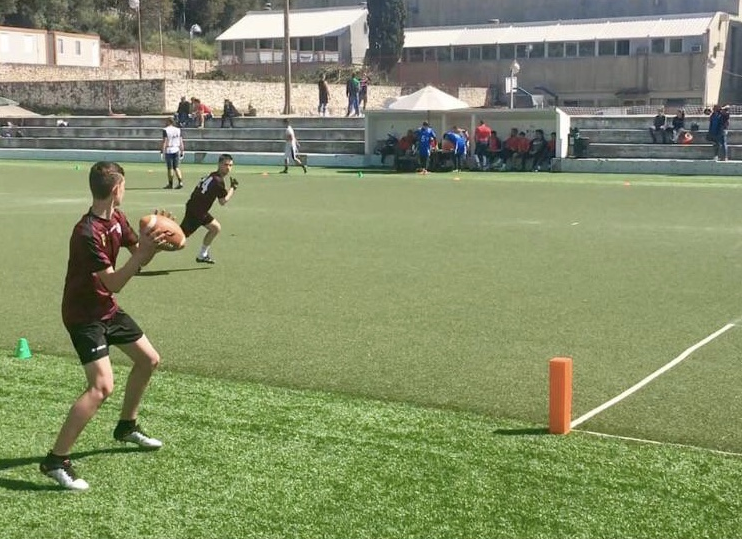 “So, what do you do besides going to school?”

This is frequent dialogue I have with my friends at school, host family members, or pretty much anyone I have a conversation with in my host city of Sarajevo, a football/soccer/sport-where-you-kick-the-ball-obsessed city.

Soccer is the dominant sport here in Bosnia, followed by basketball. Almost everyone feverishly supports one of the two Sarajevo soccer clubs, Željezničar, colloquially Željo, or Sarajevo. These clubs boast a hotly contested rivalry, in which fans throw flares, show off creative banners either promoting their own club or trashing the other, sing and jump for the whole match, and otherwise just go crazy for the hour and a half of each match. The Bosnian national team is also supported closely—no matter how frustrating their win/loss record can be—so much so that the lyrics, “We played well, but the referee was unfair,” have been sung by popular Bosnian band Dubioza Kolektiv. Advertisements featuring the star players and coach are plastered all over the city.

I trained soccer in the United States and really looked forward to being able to play either for one of the big Sarajevo clubs or my school when I arrived. I eventually made my way onto a youth team of Željo, only to find out I couldn’t play any matches for the team because I had joined after the transfer deadline. I was of course disappointed, and my Bosnian high school itself does not have a team, so I decided to train with the team until the next transfer window, in January. I trained for about three months with the club, but something felt off, and I wasn’t enjoying the sport like I did in the United States. I was confronted with a language barrier in the dressing room, which meant I had a hard time speaking to or getting along with my teammates most of the time, and found myself below the level of play required, receiving little to no encouragement from players or the coach. I eventually decided to leave the team. 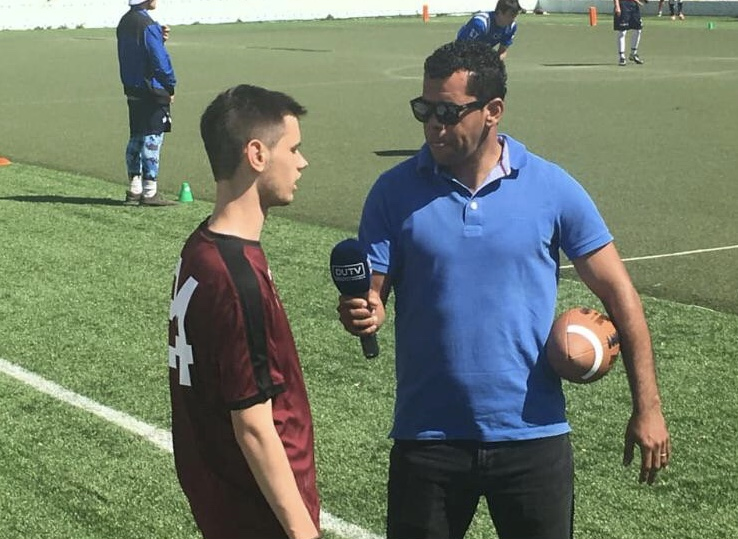 Wanting to keep playing a sport, I was invited by my friend from school to come to the practice of an American football team, a flag football team to be precise. I had never thought I would ever play American football in my life—being 5 foot 9 inches and 135 pounds—much less play it in Bosnia and Herzegovina. Not being one to say no an opportunity, I said yes. Now, two months later, I am a member of the Sarajevo Spartans in their second year in operation.

It is harder on exchange to find ways to share my culture with the people I interact with on a daily basis than I initially thought. It is one thing to show pictures of my school, friends, and family to my host family and friends and quite another to directly teach and experience an integral part of American culture with Bosnian people. Yet I feel it is important on exchange not only for me to learn about Bosnian culture, but to have an opportunity to show people where I come from as well.  Being a member of the Spartans, however, has given me a vehicle to do just that. I can explain just how large an event the Super Bowl is and the cultural context behind it.  I can talk about the changing dynamic of race in America when I tell them about the impact Colin Kaepernick taking a knee before games to protest the status of African-Americans in our country.  I can speak to the role of corporations and advertising and why companies pay millions of dollars to broadcast thirty-seconds of advertisement on one Sunday out of the year.

America is a sports nation, and American football runs as deep in our culture as anything else. It might be a strange sport to many people here in Bosnia—and certainly not something I pictured myself doing before I came—but playing football has given me a great opportunity to share a large part of where I come from.  And to build connections across cultures in return. 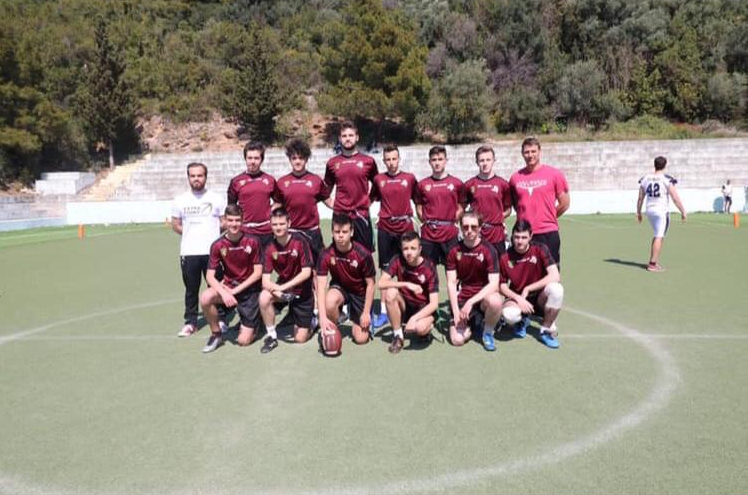