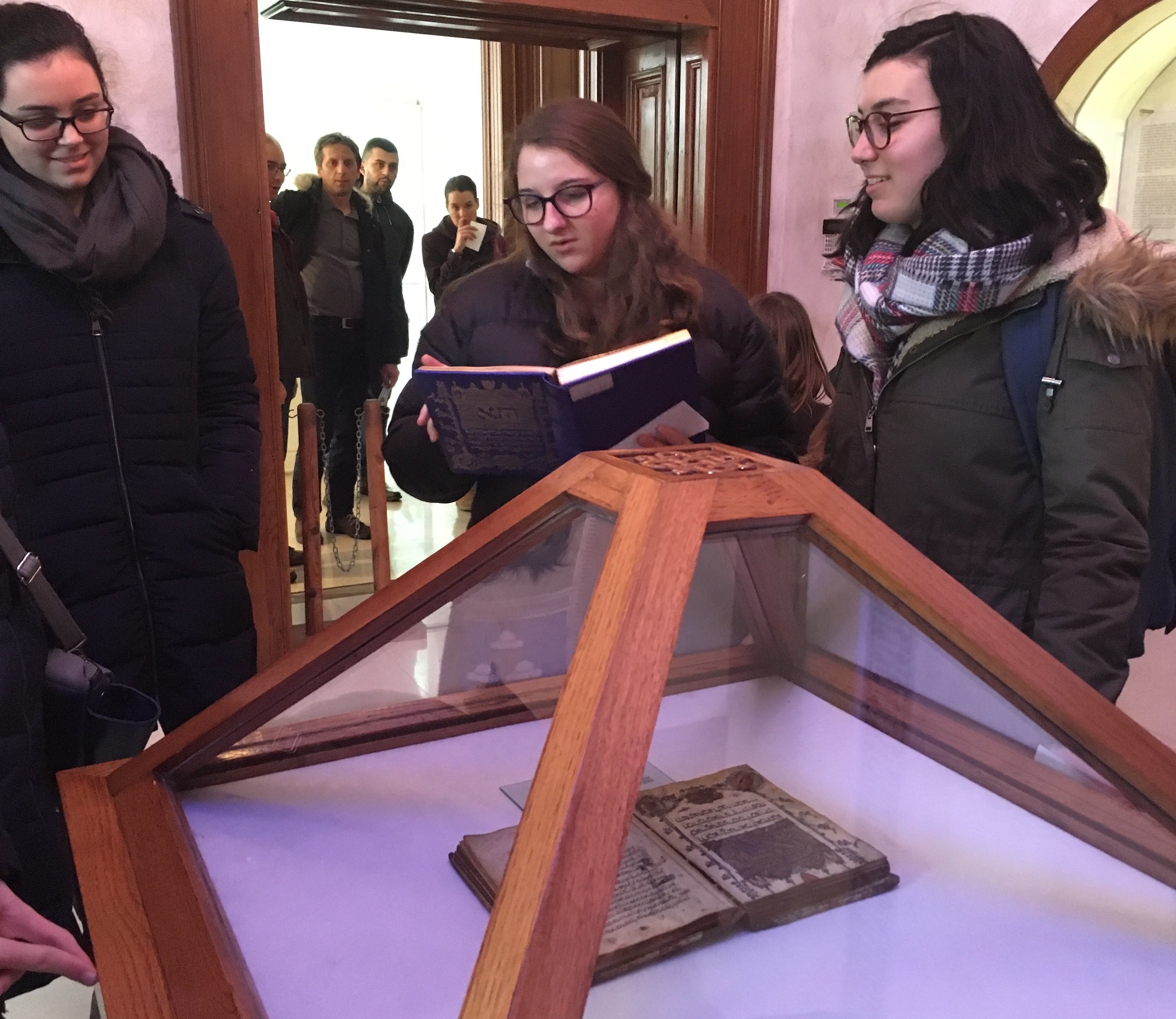 YES Abroad students and alumna Emma Morgan (YES Abroad 2013-2014, Bosnia and Herzegovina) had the opportunity to visit the National Museum in Sarajevo, where the original Sarajevo Haggadah—one of the oldest Sephardic Haggadahs in the world—was on display. The students went to the museum on February 1 in honor of the National Museum's 129th anniversary,

An illuminated manuscript originating in Barcelona around 1350, the Sarajevo Haggadah made its way out of Spain, it is believed, with the Sephardic Jewish community fleeing the Spanish inquisition in the late 15th century. Passing through Italy in the 16th century, it eventually made its way to Sarajevo by 1894, when it was purchased by the National Museum. During World War II, the manuscript was hidden from the Nazis and Ustashe (Croatian collaborators) by the Museum's chief librarian, who smuggled the book out of Sarajevo where it was kept safe by a Muslim cleric in nearby Zenica. In 1992 during the Bosnian War and a three-year siege of Sarajevo by Bosnian Serbs, it survived in an underground bank vault, again protected by the local multi-ethnic community. After the war, the manuscript was restored through a special campaign financed by the United Nations and the Bosnian Jewish community in 2001 and went on permanent display at the museum in December 2002. Since then, the museum has had funding issues and was temporarily closed, but has since reopened.

As the Haggadah is a priceless historic manuscript, it is kept behind secure glass doors at the National Museum, which are only opened on special occasions, such as the Museum's anniversary. While examining the Haggadah up close, Samantha D., a current participant, began reading from the original Hebrew text through the protective glass. Upon hearing Samantha, museum staff handed her a copy of the ancient text, which she proceeded to recite to onlookers.