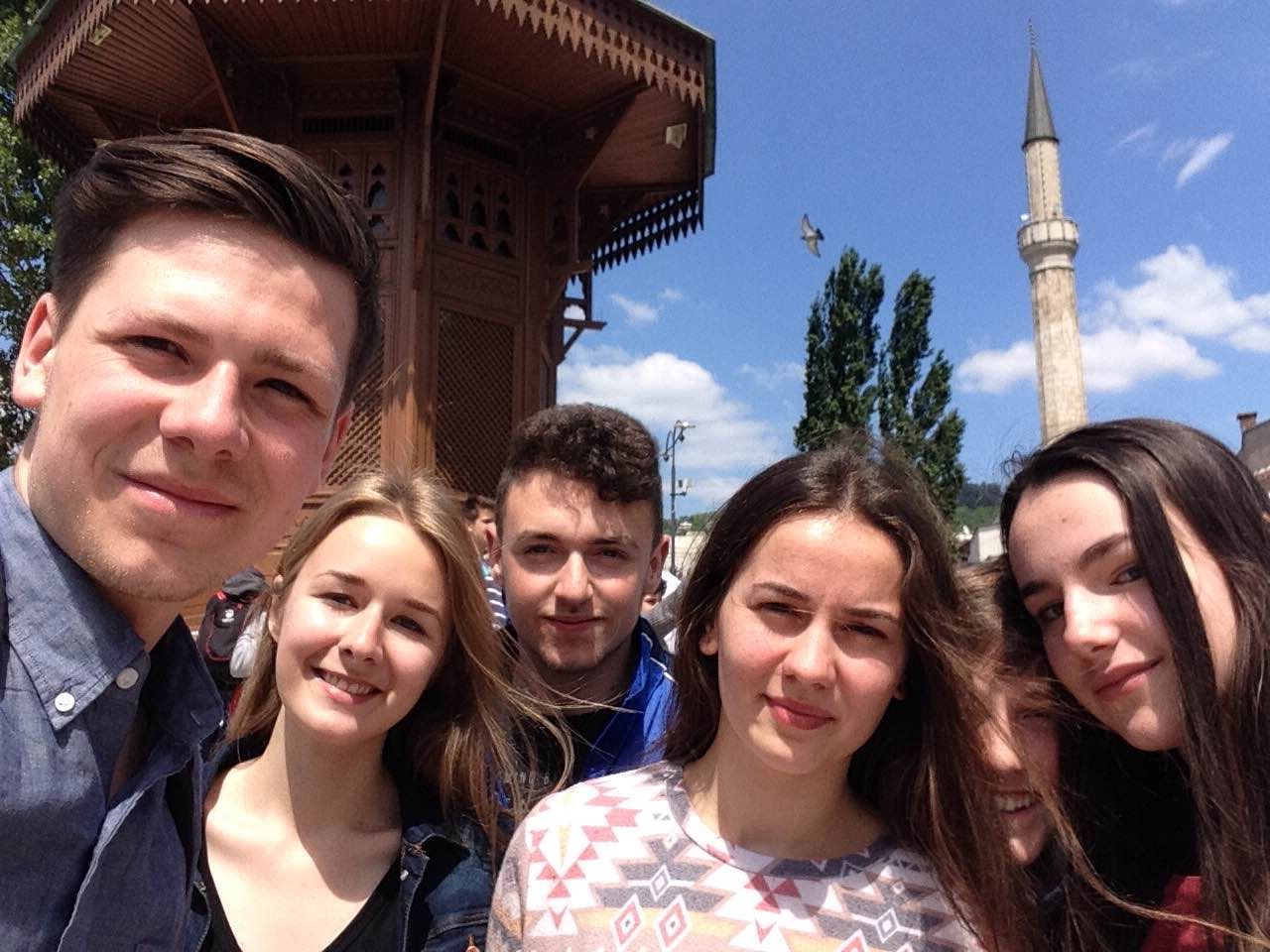 On Saturday, May 21, nearly 40 English Access Microscholarship students from Travnik and Žepče, both located in central Bosnia and Herzegovina, visited Sarajevo to speak with YES Abroad students and YES alumni about the YES program. The program, administered in Bosnia and Herzegovina by American Councils for International Education, provides, “high school students in predominantly Muslim communities around the world the opportunity to study English with native speakers.”

Additionally, the 40 Access students in attendance who are of Croat and Bosniack background, attend two of the “two schools under one roof” schools in Bosnia. This is a system developed after the Bosnian War in which students in a single school are physically separated by ethnic groups, have separate curricula, and learn different subjects. Mia S. and Alexis S., two YES Abroad students in Sarajevo, had previously visited one of these segregated schools in Travnik in early April. 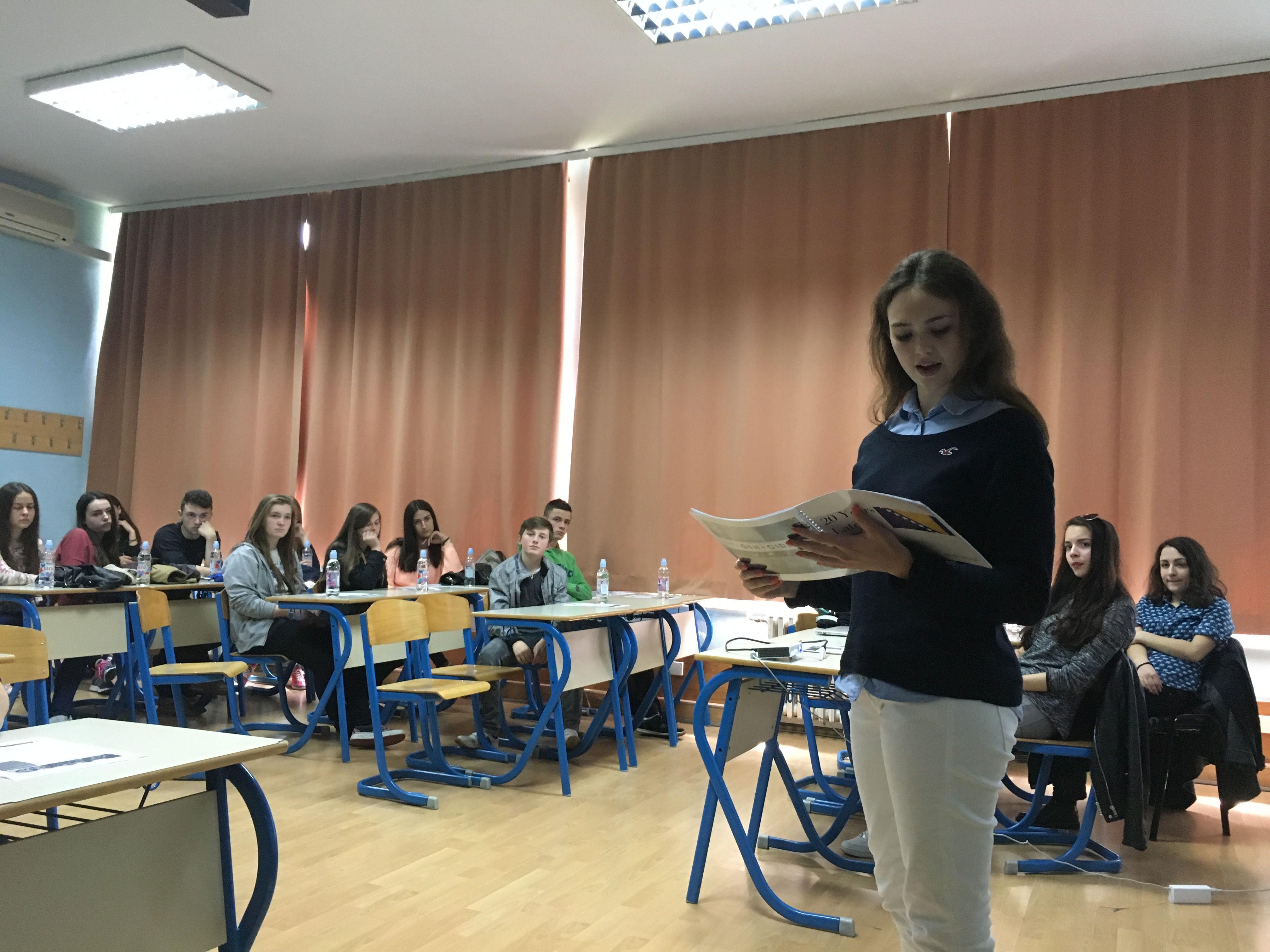 After arriving in Sarajevo, the Access students attended a presentation on the YES program led by two YES alumnae: Lamija Jamak (2013-14, hosted in Marysville, WA), and Sanda Hanjalic (2009-10, hosted in Lancaster, PA). The alumni described the application process and their experiences in the U.S. Afterwards, YES Abroad students held a presentation on their capstone projects, which explored various topics in Bosnian history and culture, such as music, dance, architecture, and oral history.

Following the presentations, the entire group of Access and YES Abroad students, along with the two YES alumni, headed to the Zemaljski muzej, or the National Museum of Bosnia, which was a first for many of the Access students.

The day was a great way for students of different backgrounds to come together and learn from one another. 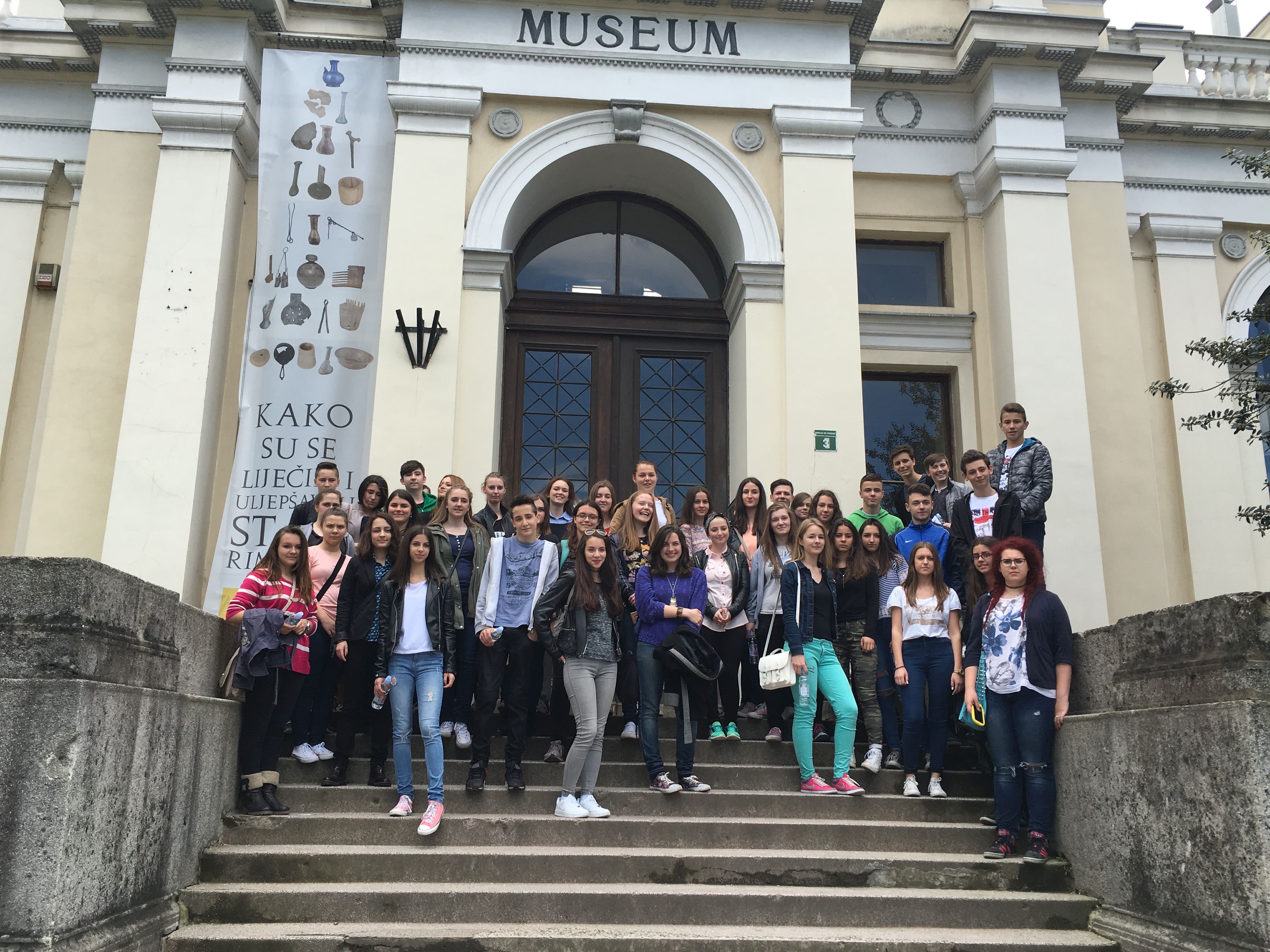