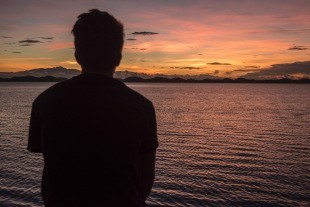 First, I would like to address some misconceptions about studying abroad. Studying abroad is not a “vacation” and it doesn’t mean going on an extended “trip.” While mostly what you see on social media is sunshine and rainbows, the reality is quite different. Sometimes it can be very hard, and you feel like you aren’t getting anywhere. When you are on the other side of the world, both good feelings and bad feelings are compounded, so there are many highs and lows. Trying to integrate into a different culture is rewarding, but it doesn’t come without copious amounts of hard work. The point I’m making is that students that are studying abroad are living everyday life, with everyday hardships, and it isn’t always the way blogs and social media depicts it to be. But at the same time this is what makes exchange so special, because without these learning experiences, it wouldn’t be so effective. By adapting to an exchange, myself and other students are able to grow and learn a tremendous amount. Exchange is hard, but that’s also what makes it worth it.

With that being said, I can’t tell you how much I have grown as a person, along with my understanding of the world. I didn’t really understand what world perception meant before coming here. Life on exchange verses the idea of it is like the difference between watching a rollercoaster simulation on your computer, and actually dropping down 300 feet at 120 miles an hour. While in our head we can imagine what it’s like to live in another life, until you actually do it you can never truly know. That’s what makes exchange so unique, because you are walking in another culture’s shoes, another family’s shoes, and another country’s shoes.

In my Filipino class we watched a movie about the Filipino-American war. As I sat in my chair I felt internally conflicted when it began to play. Let me explain. As it unfolded, the movie told the story from the Filipino viewpoint, portrayed patriotic Filipinos, and of course favored the gallant Filipino perspective. I could see, naturally, that my classmates were rooting for the Filipino side. Of course they would – it’s their home country! But I was the outsider, and according to the movie I represented the “other side”. At the same time, I have already experienced what it means to live as a Filipino, so this prompted me to question myself and my world image. Should I want the American side to “win out”? Is rooting for the Filipino side Un-American? Is empathizing with my home country bad if its past actions might not have been the right ones? What are the answers to these questions?  What was truly powerful wasn’t the specific wording or the “answers” to them, but the meaning that came out of them. As I continued to watch the film, I thought that I should try to view the film objectively. But it was impossible to be totally objective, because now that I am here I view and feel events from the Filipino perspective on top of my own. When the internal disagreement resolved I finished watching the movie in a new light, now with two perspectives in mind. I’m not a native Filipino but I am starting to “walk” in Filipino shoes. Every day I am able to walk a little bit further in them, and in turn continuously gain new perspective. That experience in class was one of the many lessons that show the importance of understanding all sides to a story. Not just the idea of different perspectives, but actually experiencing them. Because that’s what teaches you to be truly perceptive and able to live as a global citizen. Living across the world has made me change the way I view my country. I now clearly understand my country’s strengths, but can also acknowledge its faults, too.

That’s a little bit of how my worldview has changed. Looking back I can see how much my thinking has transformed, and also my perception in everyday life. Interestingly enough though, I experience how I am changing in the singular moments they occur. This is a scary, but amazing occurrence. Exchange is very powerful and something that everyone should do. Everybody should broaden their horizons in any way possible, you can experience ex-CHANGE in everyday life. It doesn’t have to be a different country -- just getting a deeper understanding of your friends or life at home is ‘exchange’. But no matter what it is, you are more cognizant of yourself and the world. Without one another we wouldn’t know who we are!

I also want to explain a little about where I live. I live in what’s called a ‘Barangay’ which is actually the equivalent to a barrio. It is its own little village/neighborhood and it’s how the city is divided up. My neighborhood has its own elementary school, church, and many small shops. I really love living in a Barangay because the community makes it a delight to walk through the streets. Nearly all of my extended family live close by, so it feels like everyone near me is a relative of some sort. One day, as I was coming home from school, a Jeepney driver suddenly told me that he was a brother of my host mom! What was funny was that this was the first time I had met him. In my first few weeks here, my host sister would always point out a cousin or relative when we past them, and it feels like I’ve joined a larger community.

Besides having a great time, this exchange has made me realize that I have started to think of my new house as home! The feeling doesn’t come on at once, but it is a  gradual phenomena. There is nothing like flopping down on your very own bed exhausted after a long trip. The Philippines is becoming more and more like my home. As this is happening every day life is becoming normalized, and easier to deal with (You have to get used to eating rice if you are eating it everyday)! Now that I am here I can’t imagine that I would be placed anywhere else, every exchange is its own unique experience.

I can’t believe the experience I've had already and I'm exited for what's to come.