YES Abroad Students in Bosnia and Herzegovina Volunteer for GYSD

Since their arrival to Sarajevo in August of 2013, YES Abroad program participants in Bosnia and Herzegovina have engaged in a number of successful community service projects.  So far they’ve volunteered their free time at an activity center for senior citizens where they tutored English or attended art classes with center’s members.  YES Abroad students Emma Morgan and Sarah Edgar continue to volunteer at a local elementary school “Hamdija Kreševljaković” where they tutor English to students aged 7-11 as part of their after-school program.  Sarah and Emma also tutor English at the Center for the Blind in Sarajevo as part of the YES alumni-initiated program “YES to English.”  In honor of Global Youth Service Day 2014, together with the YES alumni community in B&H, all five of the YES Abroad students have actively participated in a number of long-term community service projects.

The first group project was a collection of plastic bottle caps as part of a regional movement where various organizations, educational institutions, groups and individuals alike, collect plastic bottle caps and deliver them to collection centers.  These collected caps are then taken to a recycling plant in Turkey which in turn obtains wheelchairs for those in need in participating countries such as in Bosnia and Herzegovina.  YES Abroad students Riley McCord and Lucas Drakulic, with assistance of Lucas’ host brother and neighbors, collected two full bags of these caps in January.  By April 9th, 2014 together, with assistance of YES alumni, host families, schools throughout Sarajevo, American Councils staff and friends, YES Abroad students helped to deliver over 20 kilograms of collected bottle caps to a collection center in Sarajevo. 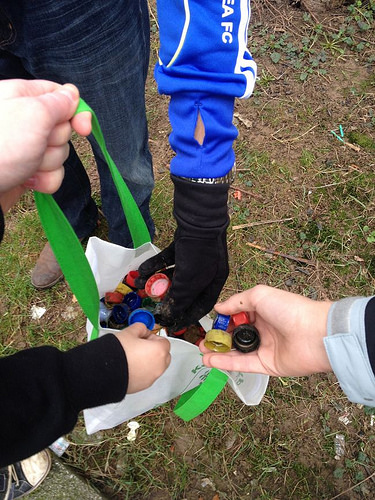 Another long-term project that YES Abroad students have participated in was collection of used clothing items initiated by high school students in Hadžići, a suburb of Sarajevo.  These high school students, with assistance from their local municipality, placed two collection containers for used clothing items in front of their high school, which delivered to those in need after they are washed.  In honor of Global Youth Service Day 2014, YES Abroad students helped YES alumni with delivery of collected items on April 7th by taking in 6 full bags of used clothing they partially amassed by speaking to their host families and friends about this great project.

On Saturday, April 12th, together with YES alumni, host family members, friends and American Councils staff in Sarajevo, the YES Abroad group cleaned up one of Bosnia’s national monuments “Bijela Tabija” (The White Fortress).  Bijela Tabija is a 16th century stone fort that overlooks Sarajevo.  This beautiful fort was once used as gun-crew and ammunition storage.  However, due to poor maintenance, and the Bosnian War in mid-90’s, today Bijela Tabija is placed under legal protection as one of the Protected Monuments in Sarajevo.  In honor of GYSD, the YES Abroad/YES alumni group decided to clean up this beautiful structure.  After two hours, the group disposed of around 20 bags full of garbage and even had locals who live near Bijela Tabija join them in this activity. 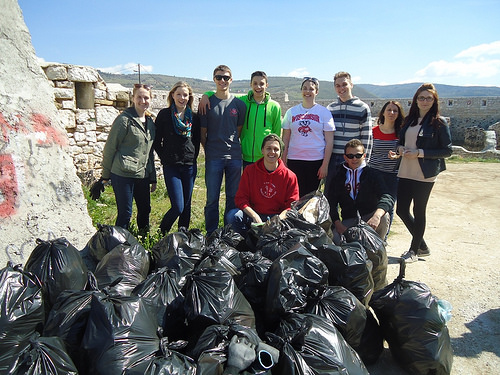