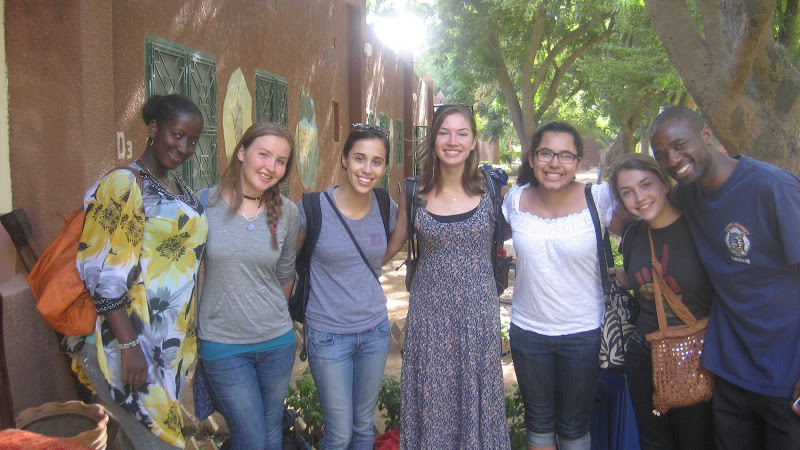 On Thursday October 27, 2011, 5 YES Abroad Mali students, along with a group of Malian YES alumni, visited an orphanage outside of Bamako, where they took a tour, met with local children and participated in a community service project.

Meena Oberdick reported, “The orphanage was a little different than most of the orphanages in the US in that the children were placed into ‘families’ of about 5 to 10 children per household, with each household run by a ‘mom’ and an ‘auntie.’ The orphanage was a village within itself, made up of dozens of compounds, housing over one hundred children.”

The children are provided with a structured care system as well as a number of amenities. “They have a school in the village, and a small playground, as well as a sports field.  The man who runs the village is called 'Dad' to all the kids,” Andrea Vielma explained.

The children at the orphanage range from infancy to age 16. They arrive there for various reasons, some because their biological parents are unable to take care of them. “The director says that when each kid turns 5, their history is told, because one must be able to accept their past to have a future,” Andrea added.

Hope Johnson concluded, “After the tour was over, the head of the orphanage requested that us five American students each plant trees around the property. So, with a well-used shovel thing and some soil that was more like gravel, I got down on my knees and planted two small trees into the Malian earth. Though it was something very small, I felt happy about having left my mark, and perhaps I will return someday when the tree has grown tall.”