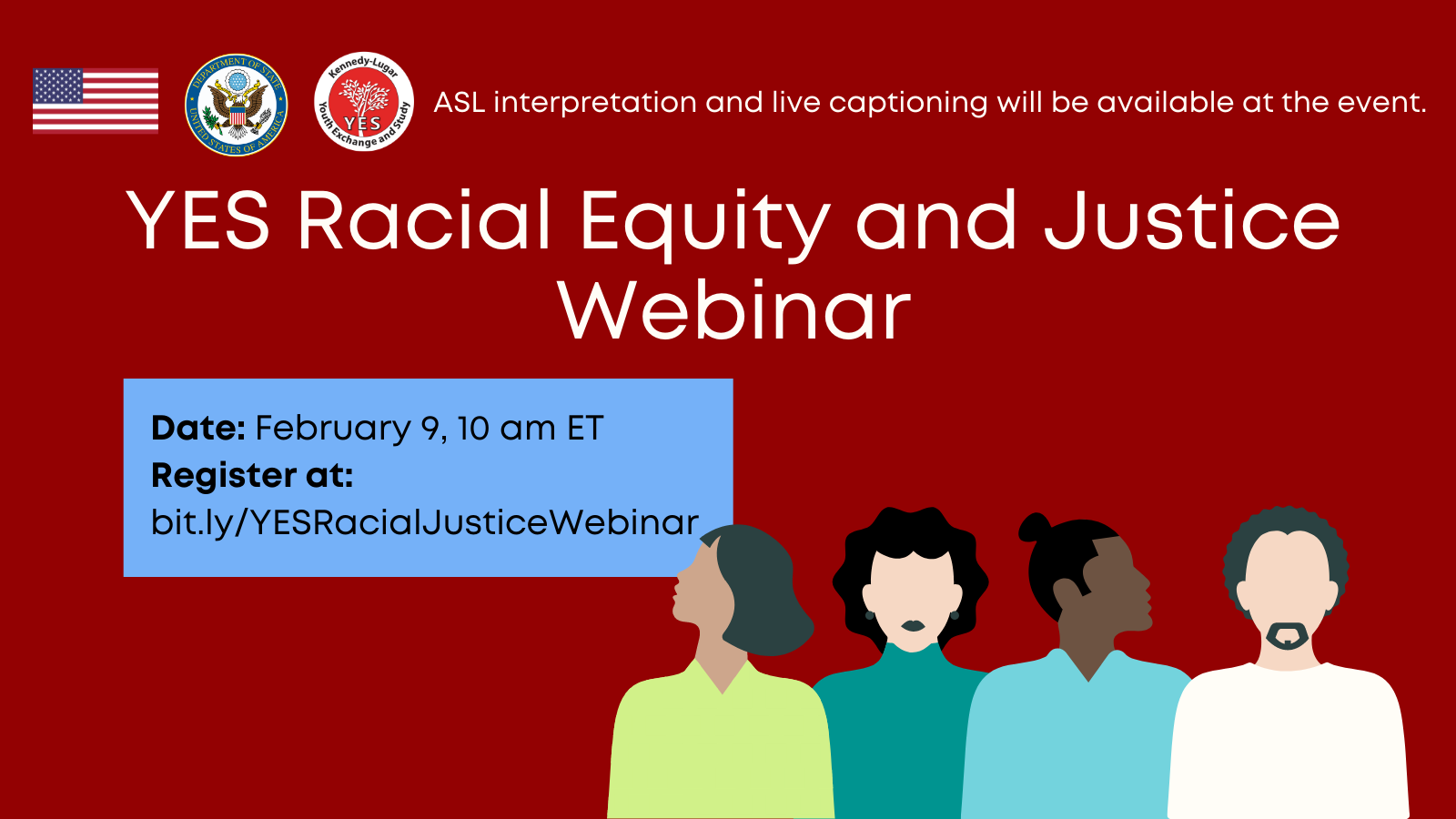 The YES program hosted the YES Racial Equity and Justice Webinar on February 9 at 10am ET. YES and YES Abroad alumni attended this webinar to discuss racial equity and justice in the U.S. and around the world. The event was facilitated by Tracey L. Rogers, a Diversity, Equity, & Inclusion consultant who has experience leading racial equity and justice initiatives and discussions. Two YES alumni spoke about projects related to anti-racism that they have led in their home communities.

Attendees participated in breakout room discussions about racial equity and justice and how to keep one another accountable. The webinar aimed to give YES and YES Abroad alumni a space to discuss racial justice issues and to brainstorm how they can implement racial justice initiatives in their own communities. ASL interpretation and closed captioning were provided at the event. 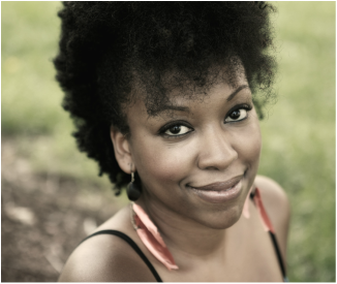 Tracey’s work as an activist and entrepreneur has been featured in several print publications and online journals including Martha Stewart Weddings, O - The Oprah Winfrey Magazine, Other Words DC, Rebelle Society and Sesi Magazine. Tracey has also been a regularly featured guest on nationally syndicated talk radio including the Russ Parr Morning Show (MAJIC 102.3) based in Washington, DC, as well as a featured guest on national public broadcasts including, “Newsy Television,” and “CBS Sunday Morning.”

Before becoming fully self-employed, Tracey worked for AMIDEAST Education and Training Services Inc. as the Program Manager to YES program. During her eight-year tenure, Tracey managed staff in 10 different regional offices responsible for program recruitment throughout the Middle East and North Africa.

Tracey’s activism began with political campaign management and organizing after college. Since then, she has worked tirelessly to combat racial injustice and gender inequality, launching anti- racism/anti-blackness campaigns and teach-ins for different groups, faith-based communities, and organizations including The World Bank. Tracey holds a B.A. in Political Science from Temple University and an M.A. in International Education from The George Washington University. She is certified as a Life Coach from the Life Purpose Institute based in San Diego, CA, and is an alumna to Cornell University’s Diversity and Inclusion Certificate Program.

Mehdi Marrakchi (YES 2019–2020, Tunisia, hosted by PAX in Westerville, OH) is a Tunisian high school senior, who is passionate about community service and social justice. Throughout his years in high school, he joined multiple clubs and associations and has organized, along with his friends, multiple events that aim at making an impact on his local community. Upon coming home from his YES exchange year, Mehdi was deeply engaged with the Black Lives Matter movement happening in the U.S. and, as a response to that, he decided with a group of YES alumni to organize "Tounes Alwen" (Colorful Tunisia), a conference in Tunis, where they would address the issue of racism in Tunisia from multiple perspectives. 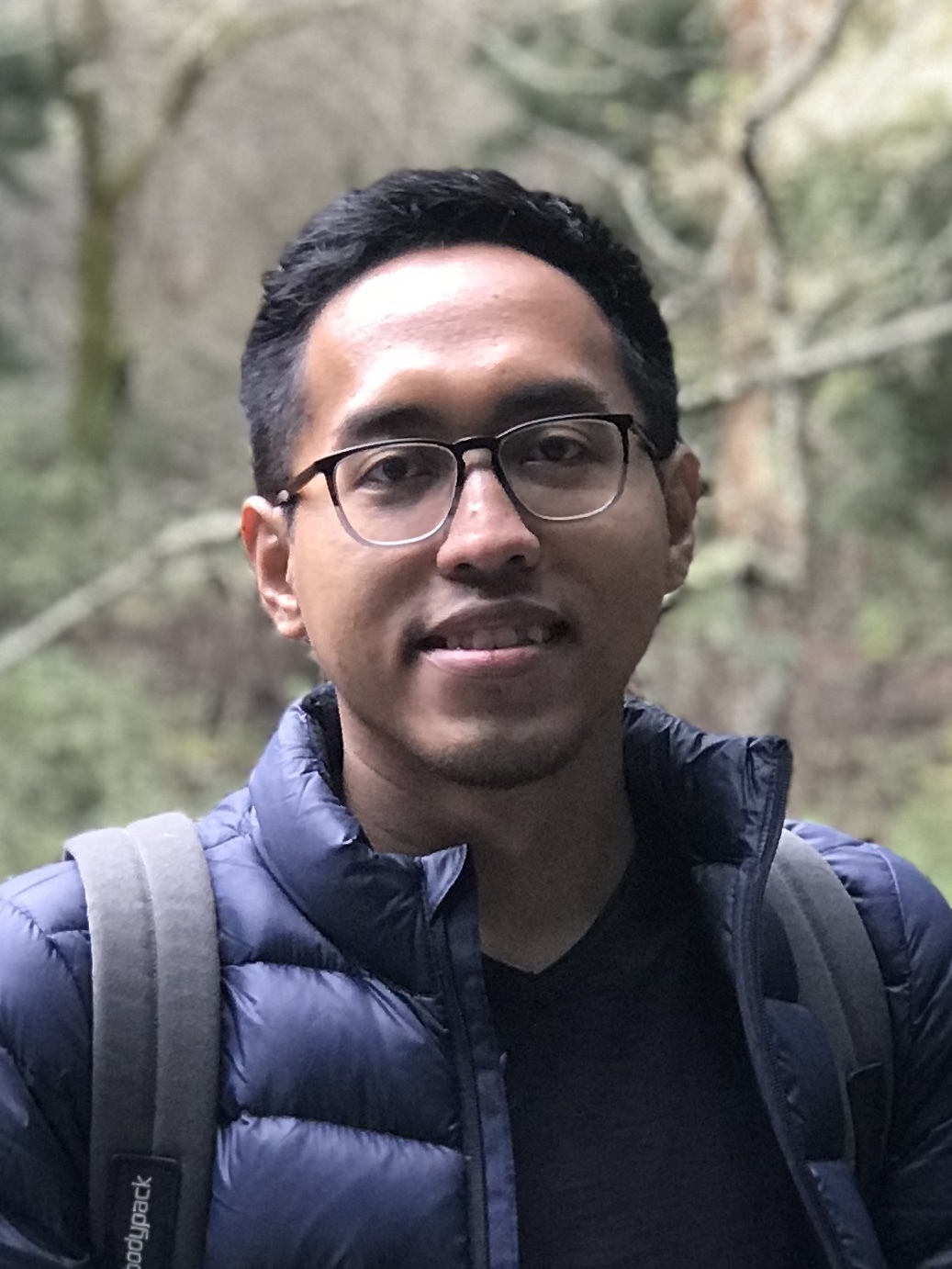