A Quick Day Trip in Jordan 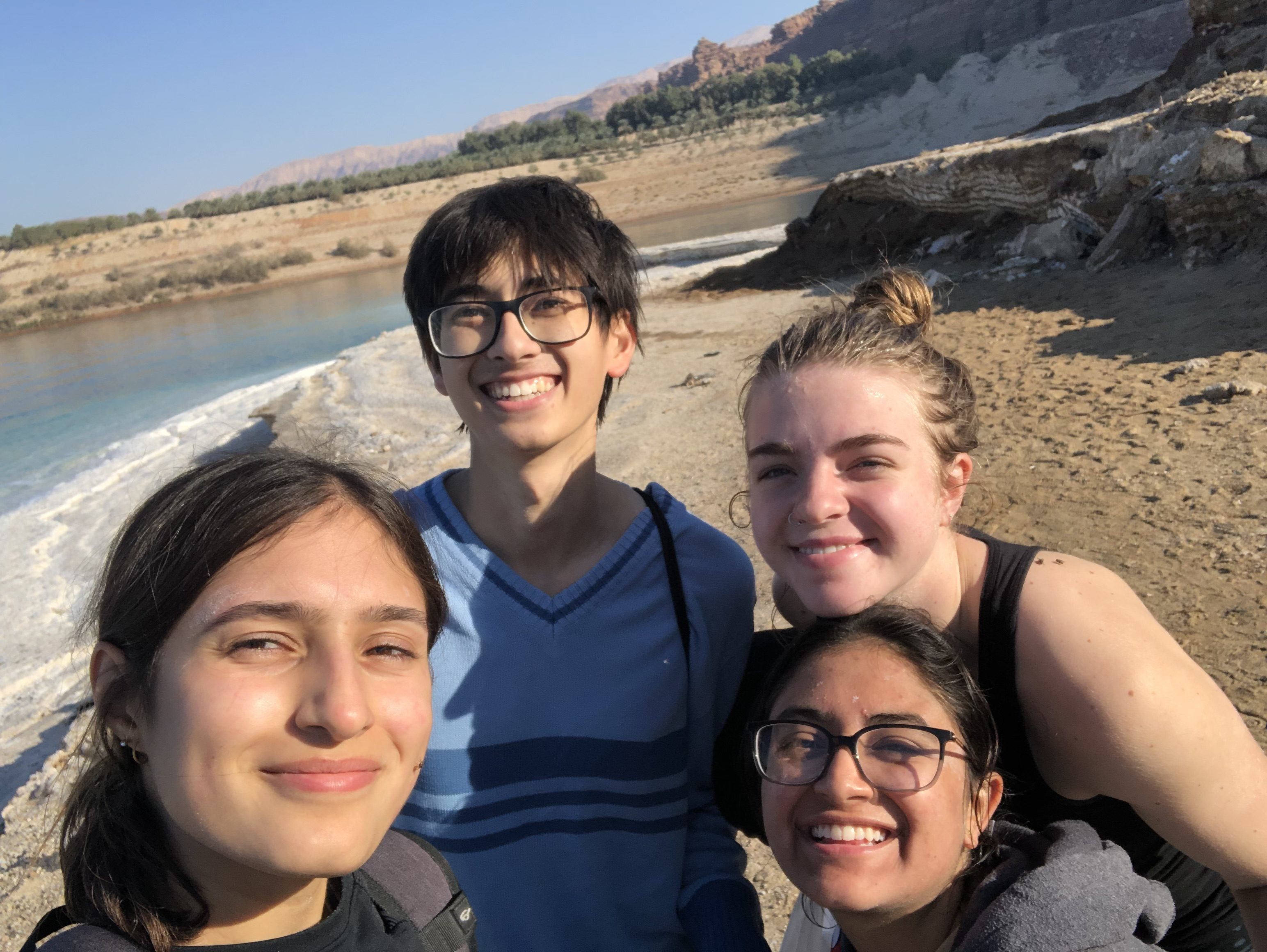 Every country has its wonders and natural gems. Jordan, one of the most beautiful countries I have ever visited, has so many spectacular wonders. Jordan is known for mainly being a desert but it has so much more, including but not limited to Petra, the Dead Sea, Wadi Rum, Mount Nebo, and Jerash. I was fortunate to be here this year and to be given a chance to explore some of the wonders of this beautiful country. Recently, during the winter break from school, I made a day trip to the Dead Sea and Petra with some other YES Abroad students, Deena, Tahm, and Helen.

Starting the day at 6:00 am bright and early, the crew met up with our driver, Deena's host uncle, Husam, and began to depart Amman. We are all so thankful for Husam for driving us all over; our trip wouldn't have been possible without him. After going through the countryside, we arrived at the Salt Beach. The sea was remarkably blue, and the stone cliffs were such a bright orange that they created amazing picturesque scenery. Layers of salt precipitate around the water formed beautiful geometrical patterns, capturing nature's complexity and charm. It was a highly unusual and incredible landscape.

We picnicked with some delicious Arabic breakfast pastries and fruit. Then, we took an impulsive dip in the highly salty sea, which was very relaxing. The water was smooth, and the sun was warm. Unlike any other, it was a truly special experience to just float on our backs and forget all our worries and stresses. The consequence of having salty skin and greasy hair for the rest of the day was worth it.

Around 9:30 am, we left the Dead Sea for Petra. The three-hour drive gave us plenty of time to nap, recharge, and enjoy more of the Jordanian countryside and desert. We made many stops along the way to step out of the car and simply take in the beautiful scenery. We drove up through cliffs and mountains of orange sandstone on our way, and finally arrived at Petra around 1:00 pm.

We soon began our tour, spending roughly 4 hours walking along the main trail. We saw the Siq, royal tombs, theater, and the world famous Treasury. The further we walked, the more wondrous it became. We also stopped and shopped for a bit, but being careful not to fall into a tourist trap. We bought a variety of souvenirs ranging from Petra pins to myrrh fragrance. Halfway through, we took a break and shared Turkish coffee with some Bedouin locals and our fantastic tour guide. All the people we met were so lovely and welcoming. Through our broken Arabic, we could communicate and learn about their culture and make more friends and memories along the way. When we reached slightly beyond the royal tombs, we turned around and made our way back to the exit, passing everything again, one last time, and saying goodbye. For now...

We topped the day off with a delicious dinner at a local restaurant in the city of Petra. We all shared some Zarb which is a Bedouin dish of lamb, chicken, onions, carrots, and rice, along with Arabic bread, moutabal, Arabic salad, and tea. Then, when we finished eating, we finally left to return to Amman.

In the end, this day was one of the best of my whole life. One of the best parts was getting to spend it with people I love, my friends in Jordan. In addition, we made new memories, met new people, saw new things, and experienced more parts of the whole Jordanian culture, heritage, and nation. 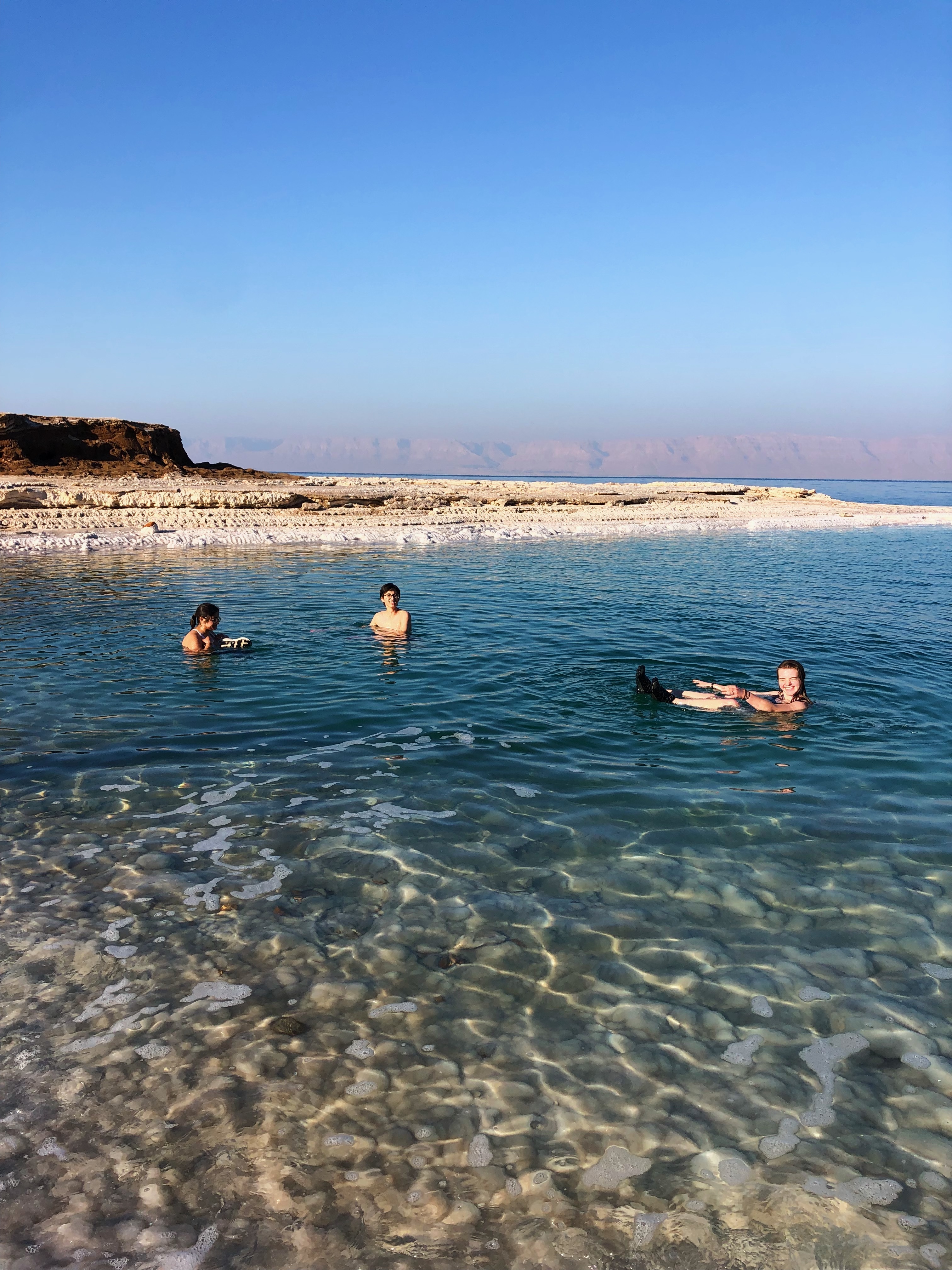