From Banja Luka to Mostar: a Model United Nations Weekend 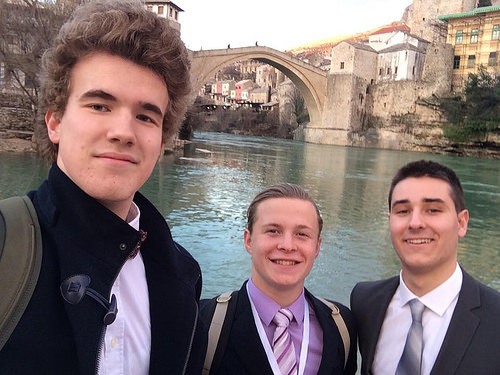 I open my eyes and to the left, I see a deep valley of green dotted with little brick-rooved houses, and snow-capped mountains some 40 miles in the distance. We wind through the hills—in the south, it's dry and light brown with sparse, desert-like foliage; in the north, it's densely packed with pine and various other greenery. An intricate canyon reminiscent of the Grand Canyon of Arizona, clearly carved over millions of years by the lake-like rivers flowing below, and a narrow two-lane road through a deep gray cliff with the river Vrbas running alongside, are just a few of the mighty scenes to be seen while driving through Bosnia and Herzegovina.

I’ve just made friends with kids from places like Lithuania, Germany, Israel, Mongolia, Holland, Denmark, Syria, Jordan, Lebanon, Pakistan, India, Afghanistan, China, Russia, the Czech Republic, Bosnia, Serbia, England, Chile, Mexico, France, Spain, Portugal, Canada, and the USA, among many other places.  These happened to be some of the nicest people I’ve ever met and probably ever will meet. I saw an Ottoman town made of stone and a bridge that is almost 500 years old. I engaged in exciting academic debate and convinced myself to play guitar and sing in front of a crowd for the first time, twice. I learned a lot and laughed just as much. Essentially, I’ve just had the best weekend of my life.  So… where was I?

Thanks to the U.S. Department of State, American Councils, the YES Abroad program, Gimnazija Banja Luka, United World College Mostar, and my awesome Local Coordinator, I’m already on an amazing exchange program in Banja Luka, Bosnia and Herzegovina. I’m going to a great school, meeting a lot of great people, and learning about the local history and culture. Most importantly, I’m having a great time while learning things about the world that I never would have if I hadn’t traveled somewhere new.

From here in Banja Luka, I applied to attend a Model United Nations (MUN) conference in Mostar, a city in the south of Bosnia that is a 6-hour drive from Banja Luka. The conference was hosted by United World College (UWC) Mostar, an international high school where students from countries all across the globe study and live together, one of just 15 like it. I give my strongest compliments to the UWC movement based on what I saw this weekend. I never imagined I would or could see people from so many different countries together in the same place at the same time, much less so freely and so happily. Not that it shouldn’t be possible—in fact, the opposite is true in Bosnia, where large-scale divisions created on the basis of ethnicity bring us so far away from reality. That reality is exactly what I saw with these kids, that before everything, we are just people. And for us to get along isn’t just best, it’s simply right. The way that we divide and distance ourselves from this basic truth allows many of the horrors that go on between people even today.

At a Model UN conference, students get together and essentially simulate the workings of the United Nations to the fullest extent possible. There are a few committees: the Security Council, World Health Organization, World Trade Organization, and the Human Rights Council. Each student applies for and is assigned to a certain country and a certain council, typically given a position contrary to their home country to allow creative thinking and a greater challenge. I was assigned to the Delegation of Japan on the Security Council. For three days, in school classrooms converted into United Nations chambers, we deliberated on the pre-selected issue of debate: Security Council (SC) reform.

In short, the UN Security Council was founded along with the UN after WWII and is fundamental aspect of the UN, as it is the only body that can issue binding resolutions to member states or allocate troops and peacekeepers. Its founders—France, the UK, China, Russia, and the US—are permanent members and have the power to veto any resolution, a sort of check to prevent any conflict between these main world powers. Many countries and continents are therefore underrepresented, and very little can be done with the veto in place. At the MUN, our goal was to create and amend resolutions to address these issues and to debate on these resolutions, all while working from the perspective of our respective nations based on our research. The debate was phenomenal—many kids were really prepared and very confident and some extremely enthusiastic.  For example, a student from Pakistan, who is the most energetic and smiley person I’ve ever met, represented the USA. Another, hilarious, boy from the Netherlands represented the Syrian Arab Republic, which constantly came under fire for the massive problems occurring on its soil. I hadn’t debated in such a way before, but I took every opportunity to speak and did my best, also learning a lot about how I can improve. On the final day, delegates from all committees who participated the most were selected to be part of the General Assembly, in which we debated the topic of ISIS. It was phenomenal. 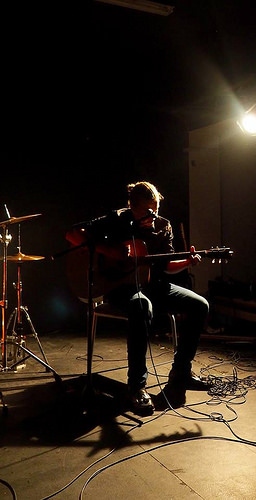 The MUN conference also offered interesting opportunities outside of debate. One day, after a day in our committee, we walked to Mostar's Old Town, which was built by the Ottomans over 500 years ago. We saw Stari Most (“Old Bridge”), a bridge originally built around 450 years ago, picturesque and symbolic of Bosnia and Herzegovina. It was famously destroyed during the Bosnian war and has since been reconstructed. One night there was a casual jam session where students played music of many kinds and languages. I played “Old Man” by Neil Young on the guitar, which was a first for me, but the crowd couldn’t possibly have been more encouraging, as if every single person was my best friend. On another night, there was a singing competition, essentially the jam session with a much bigger crowd and a bigger stage, after which students danced before returning to the residences and hotels.

In total, 80 of 200 UWC students participated in the conference, and 60 external delegates came—six of us from Banja Luka, some from Belgrade, Serbia, some from an international school in Sarajevo, students from the UWC in Wales, some from Slovenia, and more. It was truly amazing! I loved nothing more than to talk to and learn from all these different people. I love learning languages, and I picked up a little something from whoever I could, even if it was just a, “What’s up?” I also had the opportunity to surprise locals with my skills in my host country’s language.

I certainly had the time of my life meeting all of these awesome people, learning from them and laughing with them. I made some friends whom I really hope to see again; thankfully now I know some great people just about anywhere I end up in the world. This weekend strengthens my belief that international activity is the easiest and most powerful way for any student to deepen their knowledge about the world and to grow as an individual and a global community.