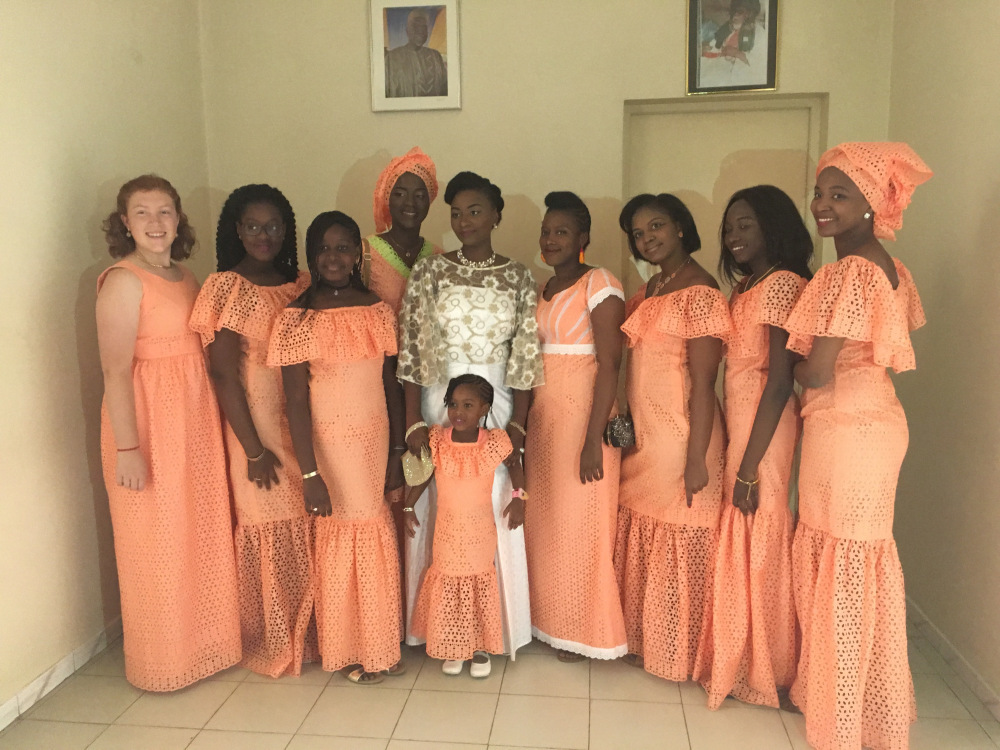 This year I did not celebrate Christmas the way that I would have in the U.S. My host family doesn’t celebrate the holiday, so there weren’t decorations around the house, no tree in the living room, no Christmas music playing; however, we did have some exciting plans. Little did I know that it is extremely common for Senegalese weddings to happen around this time of year, so it came as a surprise when I was told that my cousin would be having her wedding reception on December 25.

The week before Christmas, the preparations began. We took fabric to the tailor, designed our dresses, and had our measurements taken. I was, along with the rest of my cousins, a bridesmaid (of sorts). 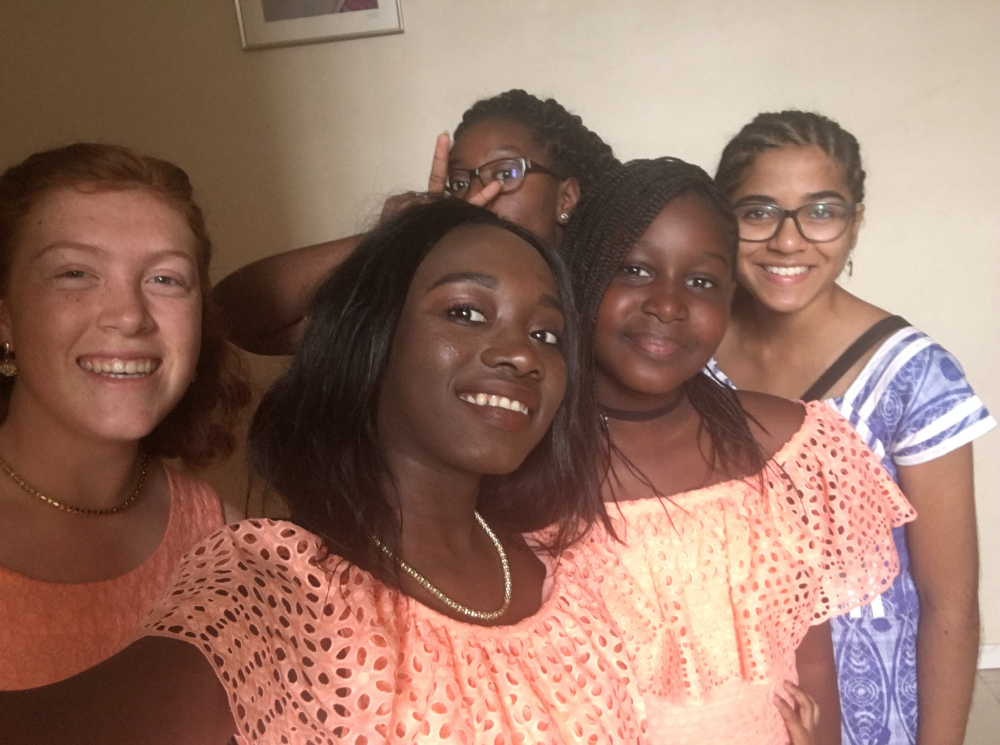 All of us had dresses made of the same fabric, many of which were made in the same style. There was much excitement leading up to the wedding, and while I disappointed that I would not be celebrating Christmas with my family in the way I am accustomed, I couldn’t help but be excited to attend a wedding instead!

When the day arrived, I got dressed up and went to my grandparents’ house where the reception would be held. The first part of the day involved many photos and visiting with my family members. In the early evening, I returned home for a second outfit change, and then the second part of the festivities began. (You might be wondering why we would change into another fancy outfit for the evening, but the Senegalese often change many times in one day, and most certainly during celebrations.) 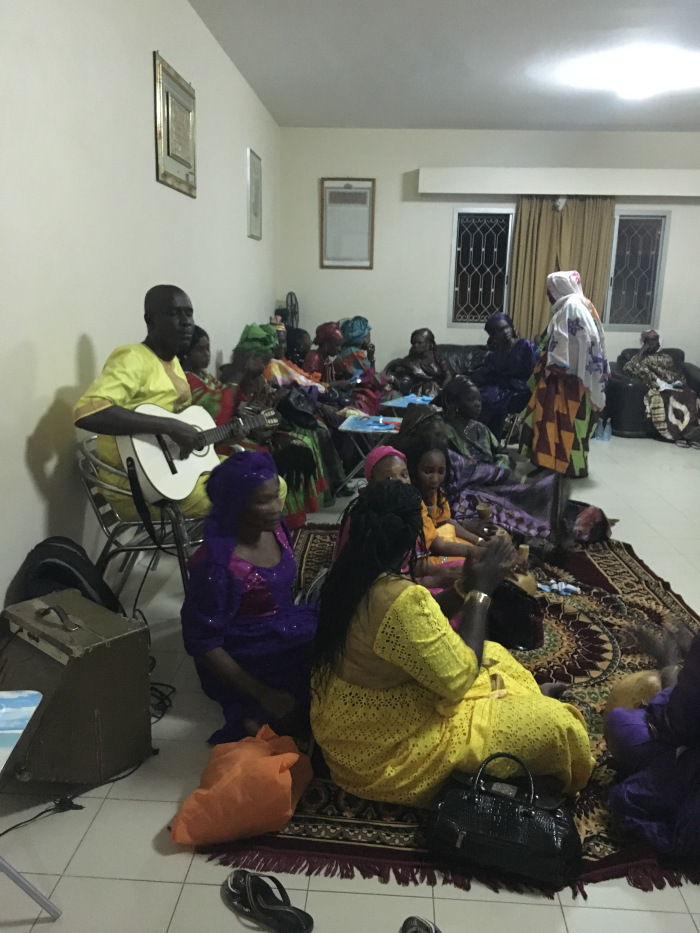 After eating dinner and listening to the live band all evening, I thought the night was over. However, soon enough a parade of family members came down stairs with the bride, who was completely hidden under many cloths and scarves. We all got in cars and drove her to my cousin’s fiancé’s house, where the bride and her best friend, both dressed in the exact same thing, played a game with the groom. The groom was to choose the woman he thought was his bride. Although I am unsure of what would happen if the groom chose the wrong person, I understand there was much excitement around the whole thing. Once finished, everyone returned and the party was officially over.

My Christmas was full of excitement, good food, family, and lots of joy! Although it was very different from anything I would have done in the States, I was glad to have the opportunity to participate in such a cultural event with my family.