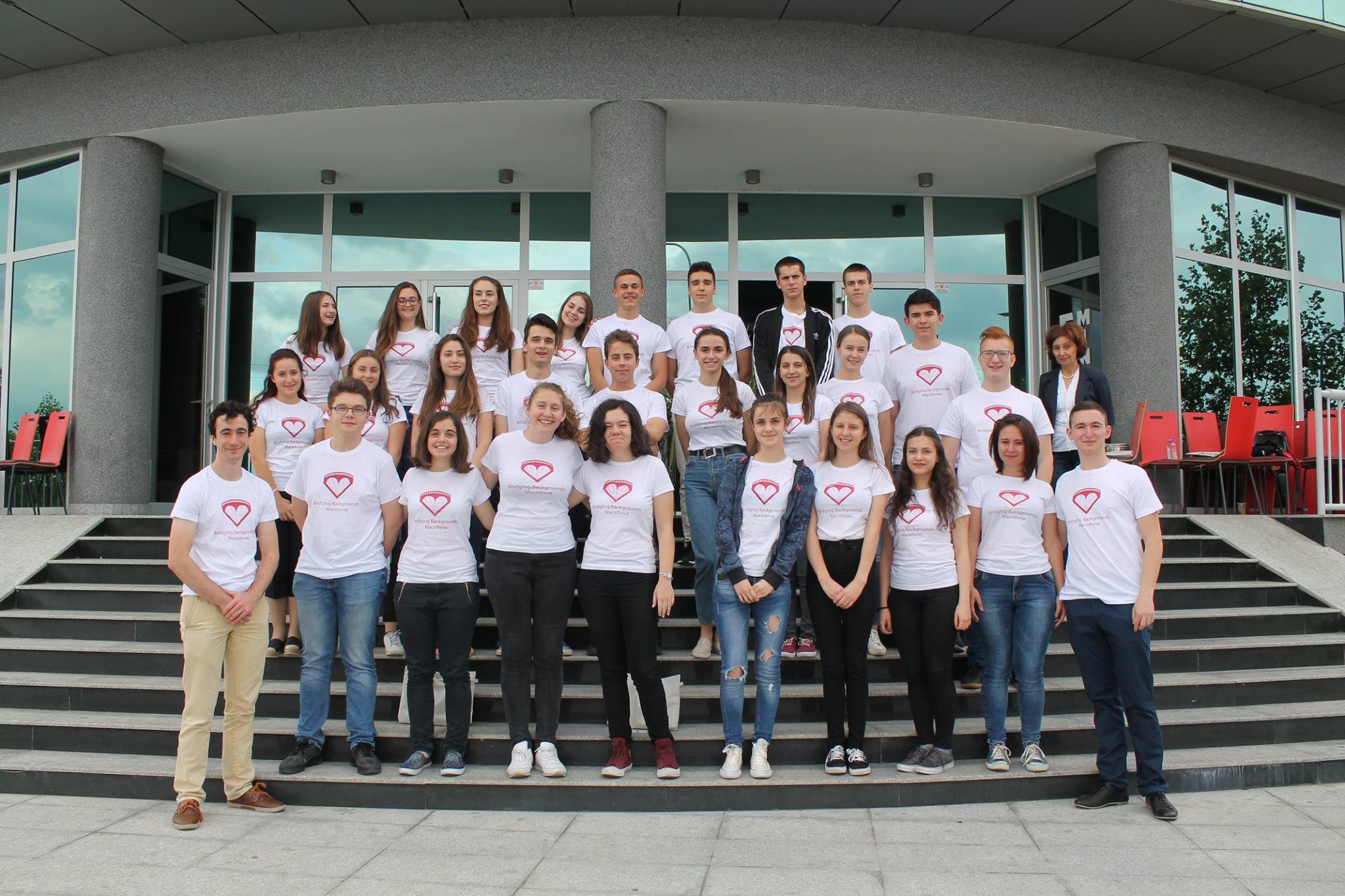 Brendan Schultz, a YES Abroad 2015-2016 alumnus from Niantic, Connecticut, recently returned to his host country of Macedonia to implement a program he developed with Macedonian friend Hristijan Zafirovski. The theme of the program—Tolerance, Human Rights, and Mutual Understanding—was one inspired by Brendan’s year in Skopje. Like all countries on the Balkan Peninsula, Macedonia is home to people of many different ethnicities, religions, and languages. Tensions between groups in the region have played out in different ways over the years—most notably in several large-scale conflicts throughout the 1990s and early 2000s, but also in day to day governing, education and curriculum development, and population disbursement.

Fast forward one year to fall 2016, Brendan was attending the World Forum for Democracy, an annual Council of Europe conference in Strasburg, and found himself inspired by his fellow conference attendees and all the projects they were developing in their countries. There was no reason he couldn’t do the same thing in the United States, he thought. Brendan applied to his university, Pitzer College, for a Davis Project for Peace grant , offered to select U.S. colleges by the Davis Family Foundation. He quickly realized, however, that what he was envisioning would could reach more people and have more impact if it were implemented in Macedonia.

Brendan contacted his friend Hristijan in Macedonia, whom he had met while at a Model European Parliament conference on program, and “Bridging Backgrounds Macedonia” was born. Twenty-six participants of nine different ethnic backgrounds from 18 municipalities around Macedonia met in Skopje for a seven day workshop.  Brendan and Hristijan implemented activities from Compass, a manual on human rights education published by the Council of Europe. 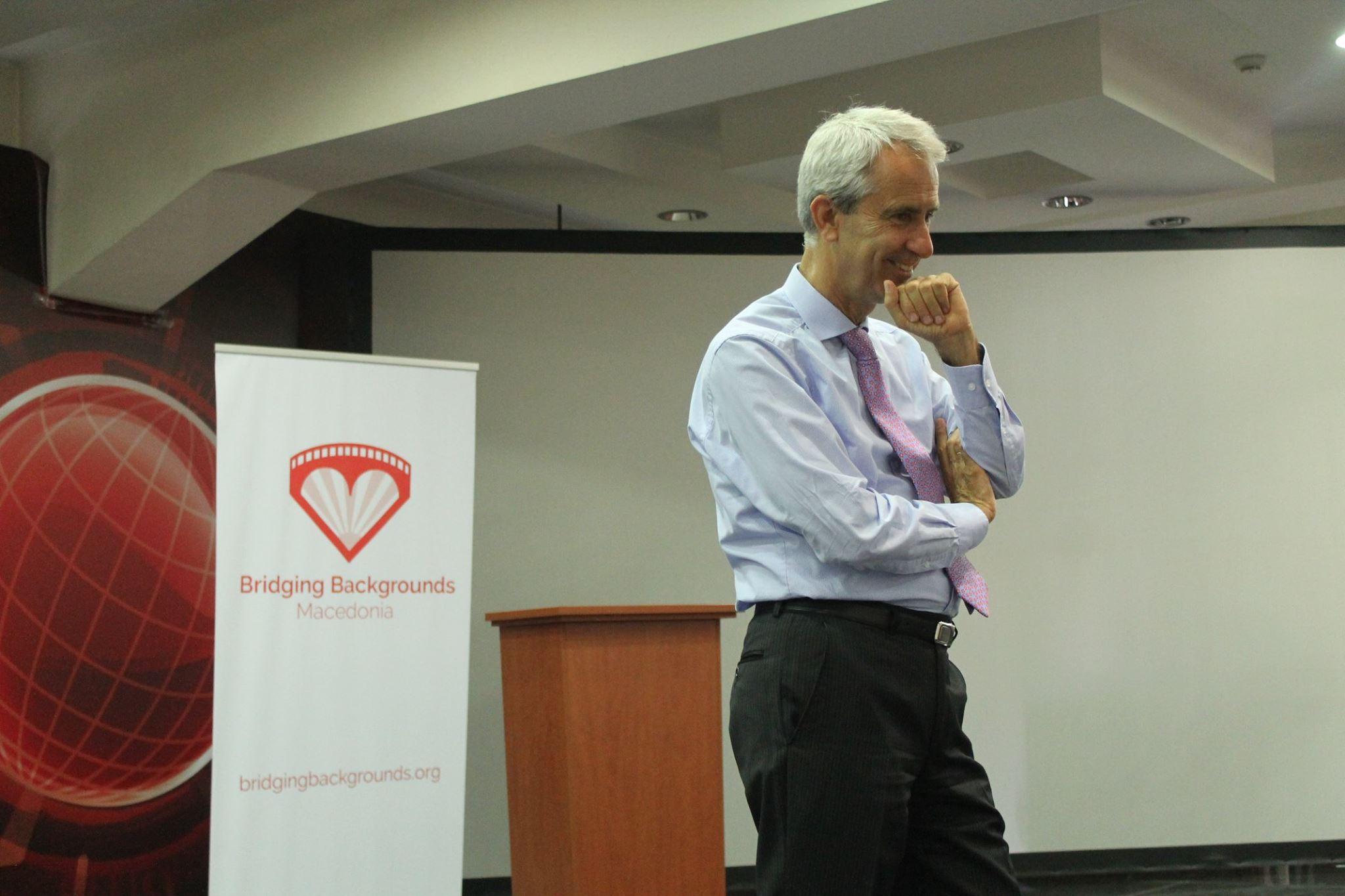 Photo above: Wouter Plump, the Dutch Ambassador to Macedonia, attended a session during the workshop.

They also assembled a team of facilitators and speakers, including U.S. Ambassador Jess Baily, Deputy Head of Mission from the British Embassy Paul Edwards, Macedonian academics, and specialists from the NGO and civil society community, including the media, education, and the Peace Corps. Each speaker discussed how his or her field contributed to establishing and maintaining norms of human rights, tolerance, and mutual understanding. Lastly, participants took part in community activism training.

"I could not be more impressed with how the participants approached the program topics with sensitivity and open-mindedness. The participants demonstrate that no matter how challenging the problems Macedonia faces are, there are young people who are capable of solving them," said Brendan

Bridging Backgrounds Macedonia did not end at the conference, however. Over the next year, participants will develop and implement their own human rights education projects in their communities in Macedonia. 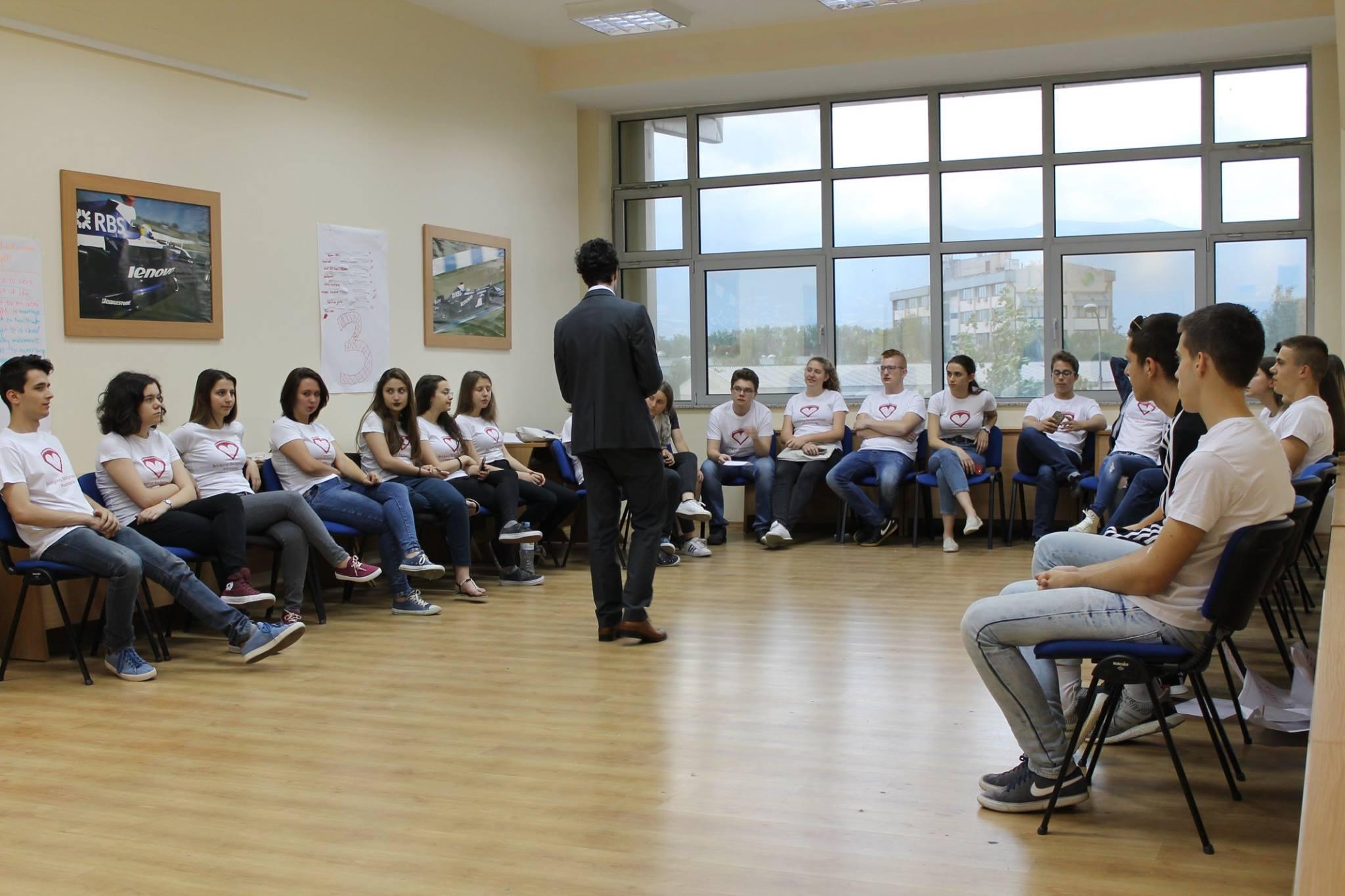 What’s next for Brendan? With the success of Bridging Backgrounds Macedonia, he’s planning on replicating the program—both in Macedonia and, he hopes, all across the Balkans.

Brendan shared, "I look forward to mentoring the participants through their community-based projects over the next few months, preparing to do the program again next year in Macedonia, and hopefully more Balkan countries, and developing new programs to tackle human rights challenges in the region."