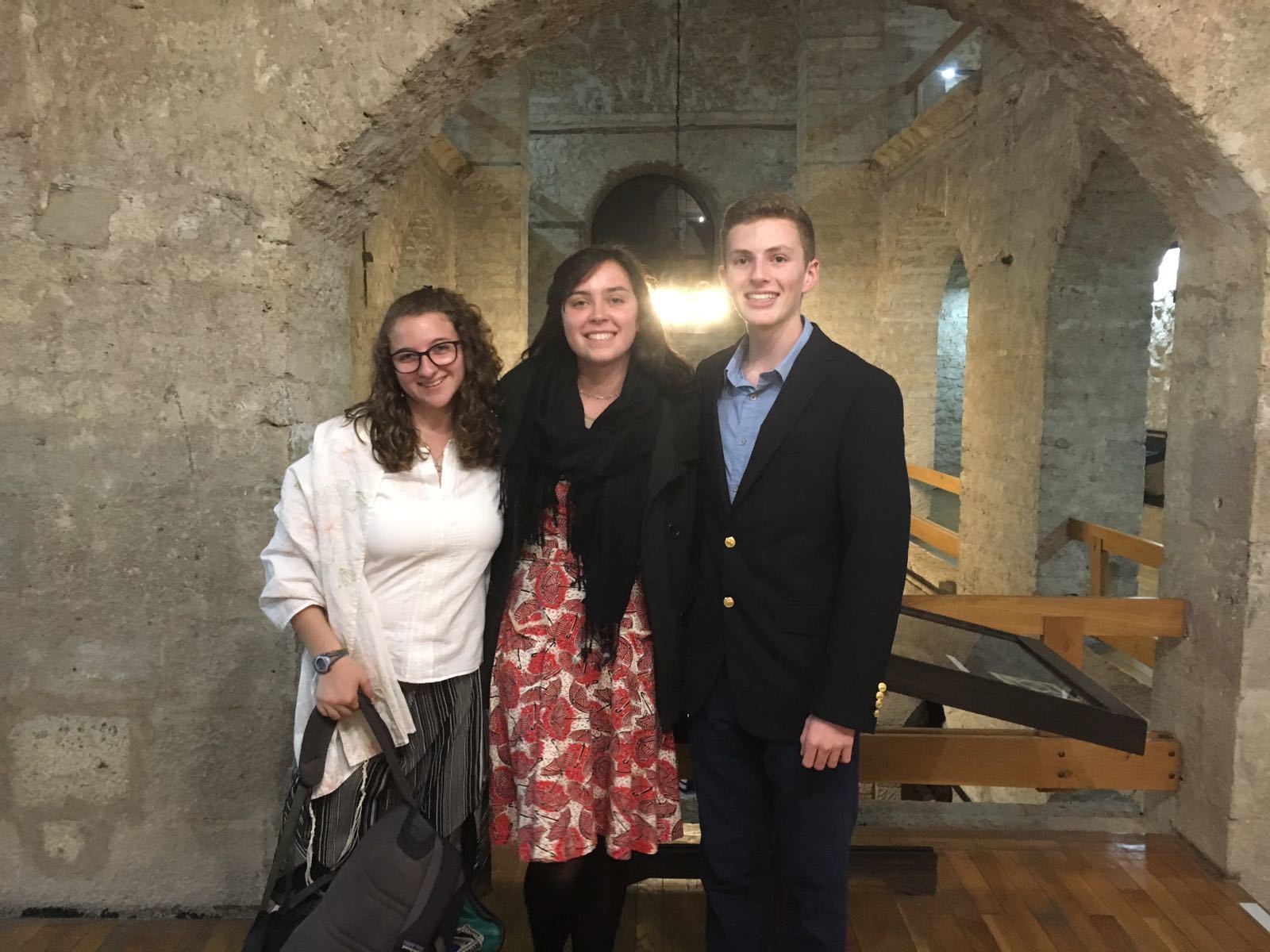 More than just a religion, my Jewish community has always been part of my identity. For me, being Jewish wasn’t something I just took as an automatic identifying feature about myself—it is something I have questioned, argued with, and struggled with.  It just so happens, however, that the community that has stayed with me through everything is my religious one. And after each of these rounds of inner investigation, I find myself laughing over apples and honey on Rosh Hashanah, running to get bagels after services on Yom Kippur to break the fast, and swaying with my best friends at sunset during Havdala. The fact is, these people who survived Hebrew school with me are now my best friends. Those Hebrew teachers who drove me crazy are now my mentors. And this religious institution has lead me to more protests, conversations on morality, and social justice events than anything else. This has become me, and this is my community. I have grown. I now see the space between my Jewish practice and Jewish politics, and from there, I have weaved pieces of my identity.

In Sarajevo, I have had the opportunity to expand upon that inner discovery. Before coming on YES Abroad, when telling people about my year abroad living with a Muslim family, I would often hear, “Do they know you are Jewish?“ In fact, since arriving in Sarajevo, my religious identity has become a huge bonding point between me and my host family. We share so many similarities. My host dad even has an ongoing joke about pretending something is pork (one of the only English words he knows), at which point I look at him and shake my head and we laugh since both Muslims and Jews don’t eat pork. It is more than that however—both religions follow ten governing commandments, use a lunar calendar, share holidays, and so much more.

For Rosh Hashanah recently, the other American students in Sarajevo and I made circular Challah, which is traditional for the Jewish New Year, as it represents the circle of life. We shared the Challah with the host family of Darcy (a fellow YES Abroad student who is also Jewish) and friends at school. She and I also attended High Holy Days services at the one Synagogue that is still in operation in Bosnia. A Rabbi from Israel was even flown to lead the services. 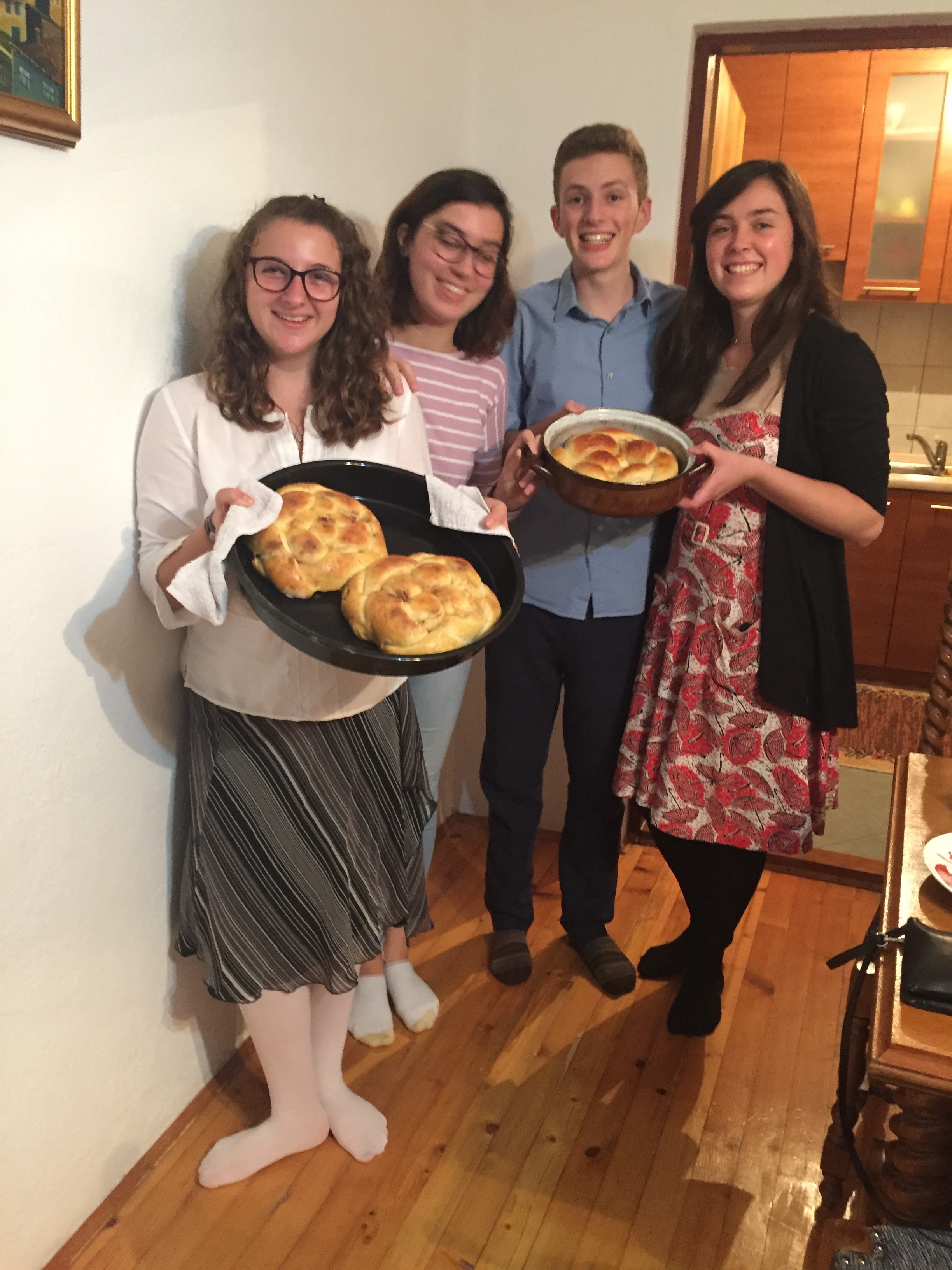 Being surrounded by my community is usually my favorite aspect of going to services, but it felt quite different here in Sarajevo. Not only was it not my own home community, but it wasn’t even my sect of Judaism. This synagogue practices Orthodox traditions, and this felt foreign to me. For example, women and men were separated, and we didn’t have enough men to start the service initially and had to wait because women were not considered whole people. I felt some solace in hearing the language of my people, but confused and sad in not connecting to the Jewish community here. When I arrived home, however, my Muslim host family had prepared a special meal for my special new year. Lots of extended family joined, and my host brother even looked up how to say Shanah tova, the traditional Hebrew greeting! I felt truly grateful, and I felt like I was with my people, my new community.

On Yom Kippur—the holy Day of Atonement and humbling that closely follows Rosh Hashanah—I fasted alongside my host brother and sister, who were observing Ashura, a holiday in the Muslim calendar. We all fasted from sundown to sundown—26 hours with no food or water. Upon the second sundown, we had a huge break the fast meal that my host mom had prepared, alongside a meal Darcy and I had made with Mexican food sent in care packages from my parents. In doing so, we were able to take different pieces of my American support system and create a meal with my new Bosnian support system.

I am building bridges and making connections with people that are becoming stitches in the quilt of my identity. I will not stop questioning, for without questioning, I might have mistakenly assumed my host family’s religious differences would divide us. Instead, these are what have truly made us family.