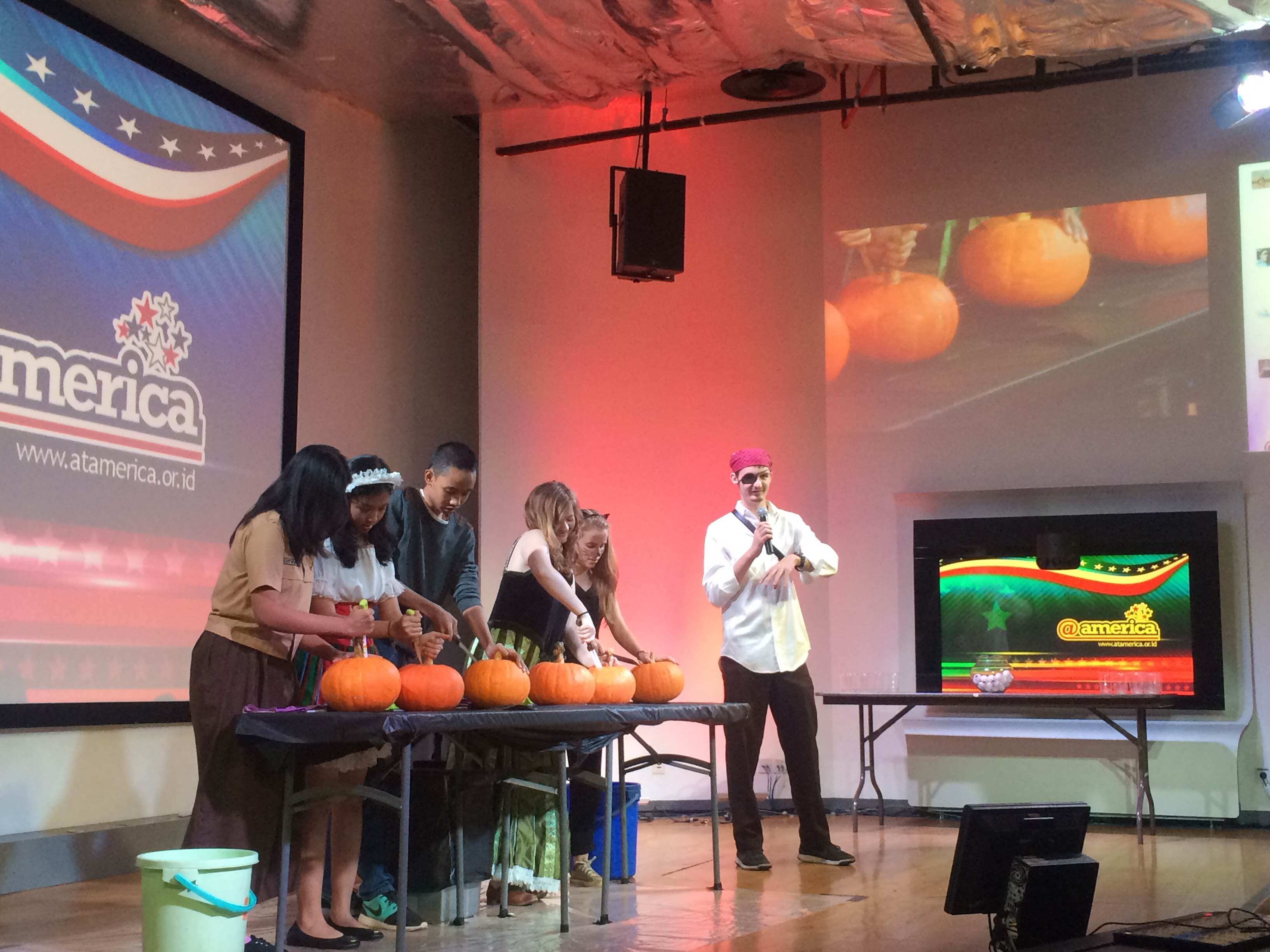 Although exchange is difficult in many ways, one of the most surprising challenges for me has been missing out on my favorite traditions. In America, October 1st marks the beginning of my favorite time of the year, where the next three months each has its own special day that I can spend weeks decorating and preparing for, fully content to spend all my free time immersed in the “holiday spirit.” When faced with a lack of all my favorite things about October here in Indonesia --such as costume shops popping up in abandoned storefronts, horror movie marathons, aisles of candy shaped like ghosts and pumpkins, flickering candles in poorly carved Jack-O-Lanterns-- I wasn’t sure what to do with myself. Luckily, Isabella, Steven, and I, the three YES Abroad students hosted in the Jakarta area of Indonesia, were invited to help plan and participate in a Halloween event at an American cultural center with the U.S. Embassy, so my holiday void was filled.

We were each invited to bring our classmates, and being the Halloween fanatic that I am, I convinced all of mine to dress up! Indonesian students rarely have the opportunity to wear costumes, so the week leading up to the event was filled with enthusiastic conversations about what we were going to dress up as. I was extremely pleased to see my classmates getting into the Halloween spirit, and amazed by the creative costumes that they ended up wearing to the event.

At the cultural center, the YES Abroad students gave a presentation about Halloween, and then asked three volunteers from the audience to join us onstage for pumpkin carving! I was very impressed with the pumpkin carving skills of our classmates, who were admittedly better than me despite never having done it before. We were also able to play a couple spooky-themed games and take a Halloween trivia quiz. My classmates and I stayed late to take photos of our costumes.

Although I know I will still have a hard time spending Halloween night away from home, I am so very thrilled and grateful that we were able to teach our friends, who have been teaching us so much about their own holidays, a little bit about a holiday not typically celebrated in Indonesia. The important part of holidays is not the decorations or the food, but the sense of community that they bring. It’s wonderful to realize that you can find such togetherness even on the other side of the world!