Learning a New Sport in Bosnia and Herzegovina 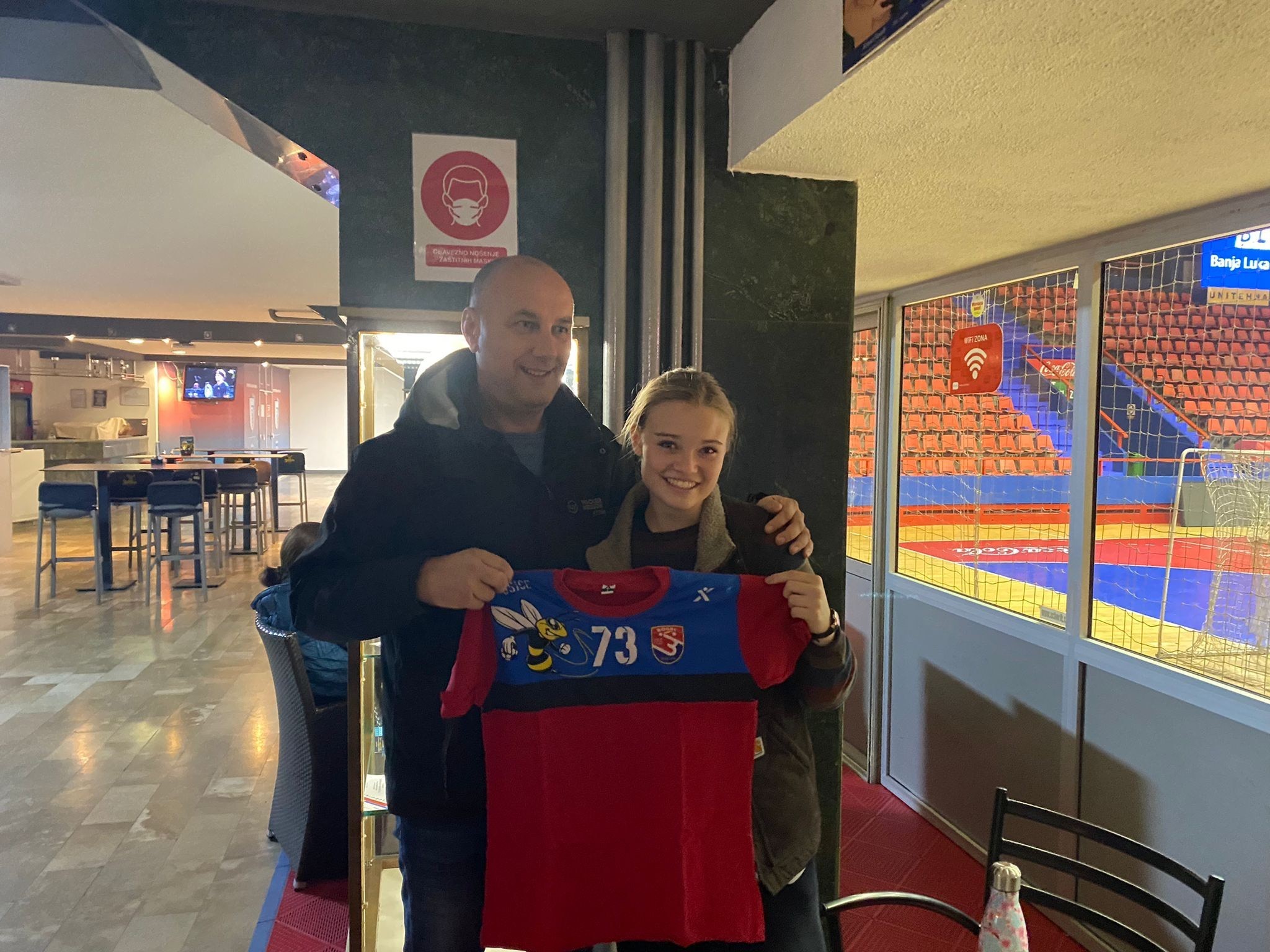 My exchange year in Bosnia and Herzegovina has opened my eyes to all sorts of new possibilities: Eating pizza with ketchup and mayonnaise. Never leaving the house with wet hair. Putting salt on almost everything. And most of all, handball!

My first encounter with the sport was in P.E. at my high school, Katolička Gimnazija. The teacher handed me this unfamiliar ball and told me to throw it in this small goal on the opposite side of the gym. Pretty straightforward… so I thought. The ball was sticky and had curved grooves, making it difficult to leave your hand when you wanted it to. I got the handball goop all over my shirt and made a giant fool out of myself. The situation was hilarious for me and my classmates. Instead of being frustrated, though, I was highly fascinated. Later that day, when my host dad and I were scrolling through the channels on the television, I noticed the same weird ball and small goal. I stopped him and asked him to explain what this sport was! Through his broken English, my broken Bosnian Croatian Serbian (BCS), and my host mother’s translations, I was able to make out that this new and exciting sport, handball, is a common game played worldwide.

Over the next couple of days in P.E., I learned how to run with the ball, pass the ball, defend the goal, and most importantly: throw the ball. From that moment on, I was hooked. I still knew next to nothing about the game's actual rules, but that didn't stop me from joining a handball club in Banja Luka! My host dad helped me join a Ženski Rukometni Klub (Women's Handball Club), and within the next week, I began attending practices. Borac, the name of the club, means “fighter”, which is definitely someone you want to be if you are playing handball!

I quickly learned that the sport is full-contact and high intensity. My coaches and teammates have been the absolute best throughout my learning curve. They are always encouraging and patient, especially with my BCS. Every practice, I am welcomed with friendly faces, even after my many embarrassing moments. For future students planning to study abroad, I recommend packing good tennis shoes. I ripped my tennis shoe entirely in half on my second official practice with Borac Handball Club. When I spun around to catch the long throw from the goalie, my shoes didn't quite get the memo, and the seam that connects the sole to the fabric ripped right down the middle. After the coach and physical trainer frantically checked to make sure my ankle was okay, the handball girls and I had a good laugh.

I am constantly getting hit in the head with balls and tripping over my own feet, but I have never felt judged or criticized. My teammates always help me up and ask if I’m okay. They provide an enjoyable and healthy learning environment that makes coming to practice fun.

The YES Abroad program has given me the ability to try new things and make new friends. Every day can be taken as a challenge or an opportunity to do better. Handball has allowed me to learn how to mess up, laugh it off, and then strive to do better.