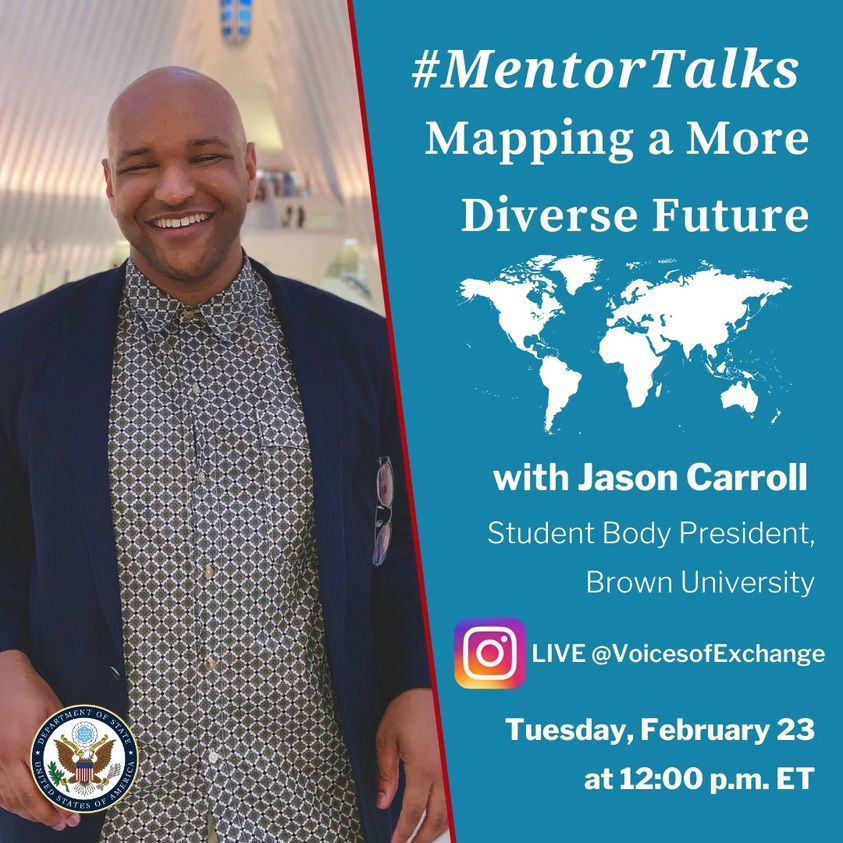 Last week in an ECA #MentorTalks interview on Instagram Live, Jason Caroll (YES Abroad 2015-2016, Senegal) spoke about YES Abroad’s impact on his life and decision to run for study body president at Brown University. Jason, who lived in Dakar, Senegal, during his exchange, is the university’s first-ever Black male student body president.

As Brown’s president, he is focusing on supporting and connecting the study body during the pandemic. Part of promoting inclusivity at Brown is understanding that each student, especially those of color and marginalized identities, needs leniency and support during this health crisis. There are many challenges being a student body president during a global health crisis that Jason discussed during the interview, such as understanding that resources and funding that used to be abundant might now be limited and prioritizing certain student services. Another challenge is ensuring that resources for students are accessible on-campus, as well as virtually out of state and abroad.

Living in Senegal gave Jason the confidence to step out of his comfort zone, try new things, and give back to his community in college. After growing up an only child in the DMV (DC-Maryland-Virginia) area, living in Dakar with a large host family exposed him to different cultures and ways of life. He says being an introvert in an extroverted Senegalese household was challenging and taught him to manage his own needs while also being a good host son and brother. In Senegal, he had the chance to interact with officials from the U.S. Embassy, such as the Ambassador, and volunteered in his community with inbound Senegalese high school students and at a school for the deaf.

In the future, Jason hopes to go to law school. What keeps Jason motivated during this stressful period is focusing on his health, community of support, and thinking about how far he’s come.  Listen to Jason’s interview on Instagram by going to @voicesofexchange on Instagram or using this link: instagram.com/voicesofexchange. 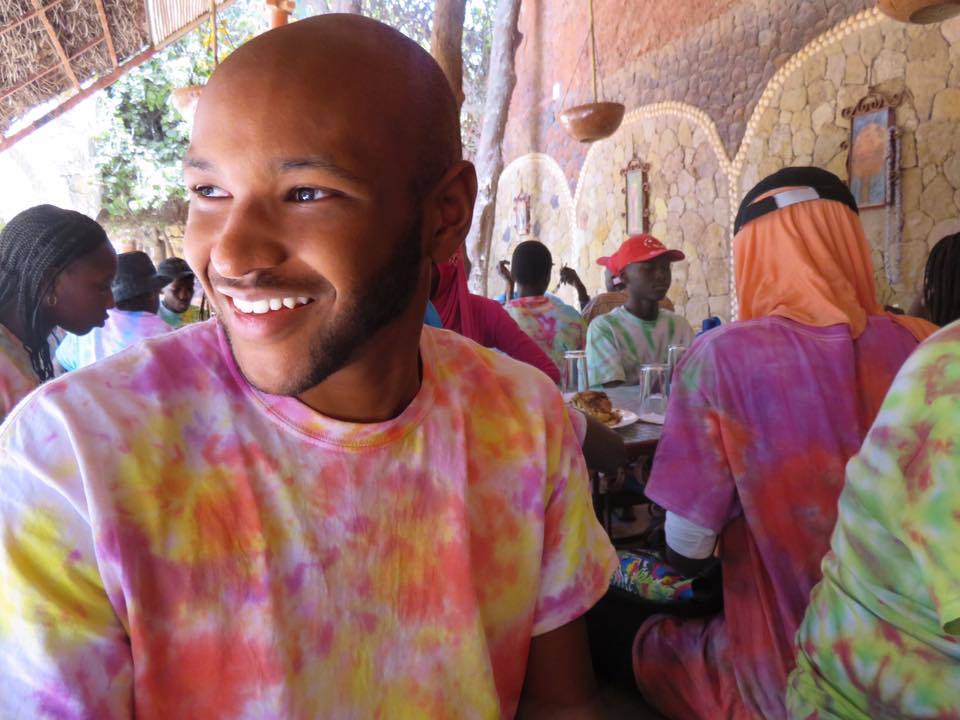