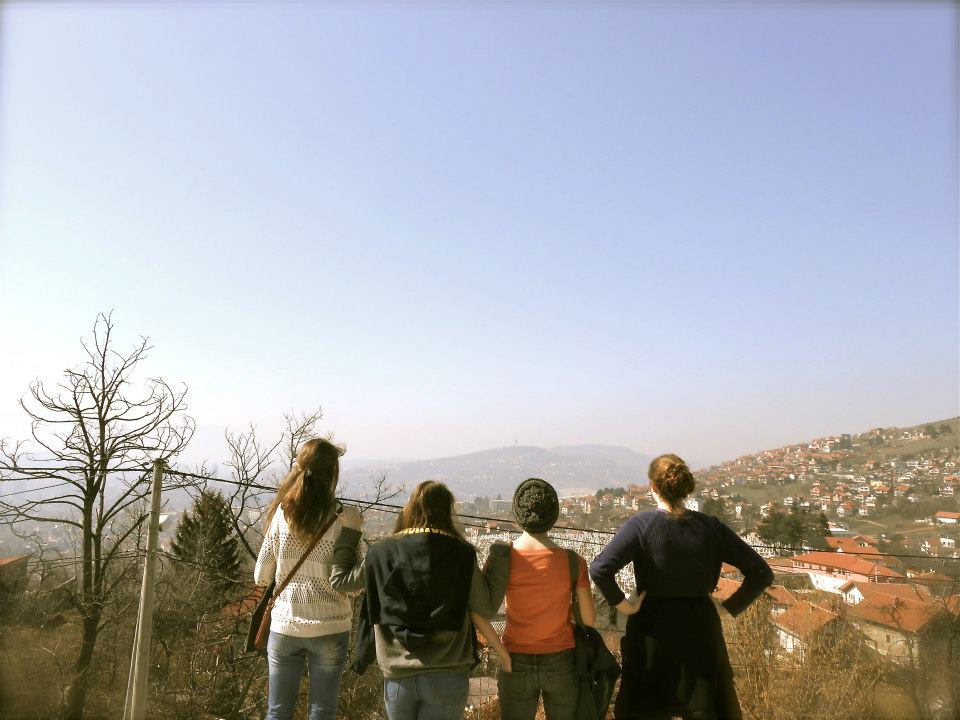 Over one year ago, I arrived Sarajevo, Bosnia and Herzegovina on the YES Abroad program.  Since then I discovered a new culture, tasted different foods, become part of a family previously unknown to me, and lived a completely different life.  And I can honestly say that those ten months spent in Sarajevo were the best ten months I've ever lived.  The Hujdur family was the host family of dreams.  They were the kindest and funniest people, and they were so easy to love.  The culture was so diverse and unique and I learned so much about it. The language was a struggle, but with it I had some of the best (albeit simplest) conversations with people, and it was also the source of most of my laughter.

Coming home was fine at first.  I caught up with all my friends from before, and initially it felt like nothing had changed.  For a while, everything was exactly the same as it had been before I’d left, and I fell back into the rhythm of Newberg, OR life.

Lately, missing Bosnia has been like a rock in my stomach.  My study abroad experience is no longer a new, exciting topic of conversation for everyone, one that I can blabble on about incessantly.  I’m no longer in the strange dream state where I'm still figuring out if it really even happened.  I spent my entire senior year in Bosnia—it was wonderful, and I never want to stop talking about it for the rest of my days.  However, the fact of the matter is I’ve realized I can't always talk about it.  People get bored or they don't care because, to them, they have no point of reference—these aren't their personal experiences.  Finding someone who actually seems genuinely interested at this point is pretty rare, but I do take the opportunity when the opportunity presents itself, and getting me to stop is not an easy feat.

Now that I'm in college, I find things running very similarly to my life in Bosnia.  My parents aren't always around.  I go to coffee shops to work on homework.  I have to walk over a lot of hills to get anywhere, as my campus is built on a hill.  I'm making brand new friend, and re-establishing myself.  And instead of it giving me a brand new sense of adventure, I just feel homesick for Bosnia.  Skyping my host parents sure didn't help either.  Instead of finding solace, I found myself longing to be back in my cozy room upstairs, with its wooden ceiling and view that overlooked all of Sarajevo.  I wanted to sit in their living room again and have cake and coffee while we watched Bosnian television and they made me laugh about everything.

When I first returned home, I was surprised how easily I slid back into my American lifestyle.  Sure, I mentioned Bosnia quite a bit, but now that I'm more or less "fully" integrated, all I want to do is go back to being a bosanka (Bosnian).

What I'm getting at is... I miss Bosnia.  I miss everything about it, from my family to my friends to my walks around the city to the view to the bus rides.  I miss it, and it makes me terribly sad I can't go back this instant.

Though this is sad and unexpected, the feelings are just as real.  Like your year on program, life after the program isn’t always easy to deal with.