Sharing Cultures and Giving Back 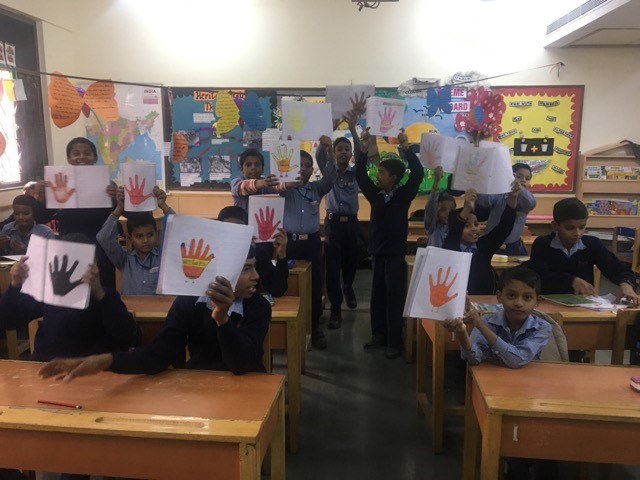 I’ve been in India for about five months and have started volunteering with a program at my host school called Atulasha. Atulasha is an after school project designed for underprivileged boys who might not be able to afford an education, and all the costs are covered by the program. I teach English to fourth and fifth grade classes every Monday and Tuesday, recapping what they have learned and giving them a bit of exposure to a culture different from their own.

My first day was a little overwhelming, but it went well. We not only work on English speaking and writing skills, but we also have a little bit of fun. During the Thanksgiving holiday, I explained the holiday's history and we enjoyed making hand turkeys. I've come to know that sharing these little pieces of American culture, especially when they come from someone from the U.S., really make the students curious and open to learning. Taking the time as a foreigner to share your culture provides something that can't be had from a book or a movie. Living that experience only makes it truer.

After we finished our hand turkeys, I still had 15 minutes on the clock, so I opened the time up to questions. The students asked about other American holidays, who our presidents were, the different states, our famous ‘heroes' (movie actors), etc. They were excited to learn about our national bird, hear our national anthem, and overall, just hear about a completely different country from their own. At one point, a student came up to me with his pencil box, which had pictures of international landmarks on it. He asked me where they were in the world (fortunately, I knew them!), and once I started pointing them out, all of the students rushed over to hear about these places.

It felt special to be a part of exposing a different side of the world to kids who really want to know about it. I know, as someone who has moved from my home country to another, that the only way to really learn is to not only read books and watch movies, but to meet people from that country. I am so lucky to be that person for these students.