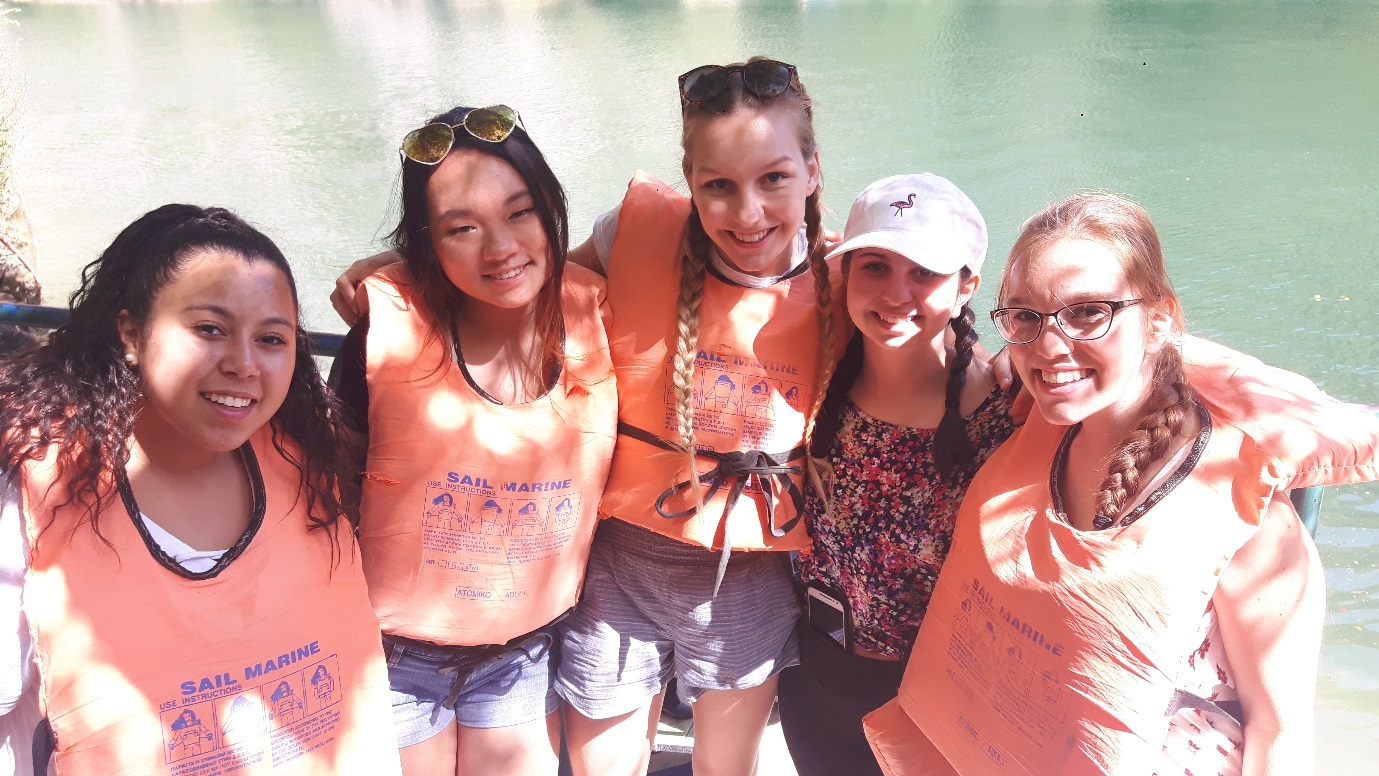 American Councils Macedonia welcomed the forth group of YES Abroad students in August. Since then Claire D., Laurie L., Jenesis O., Molly M., and Christina C. have been busy learning their way around Skopje!

During the month of September, the five YES Abroad students took a day trip to Vodno, a mountain located southwest of Skopje. The highest point of the mountain is Krstovar peak, which is 1066 meters. In 2002, on Krstovar peak the Millennium Cross was built, one of the biggest Christian crosses in the world. The Millennium Cross is a 66 meters high situated on the top of the Vodno Mountain. At night you can see the cross shining down over the city from all around Skopje. 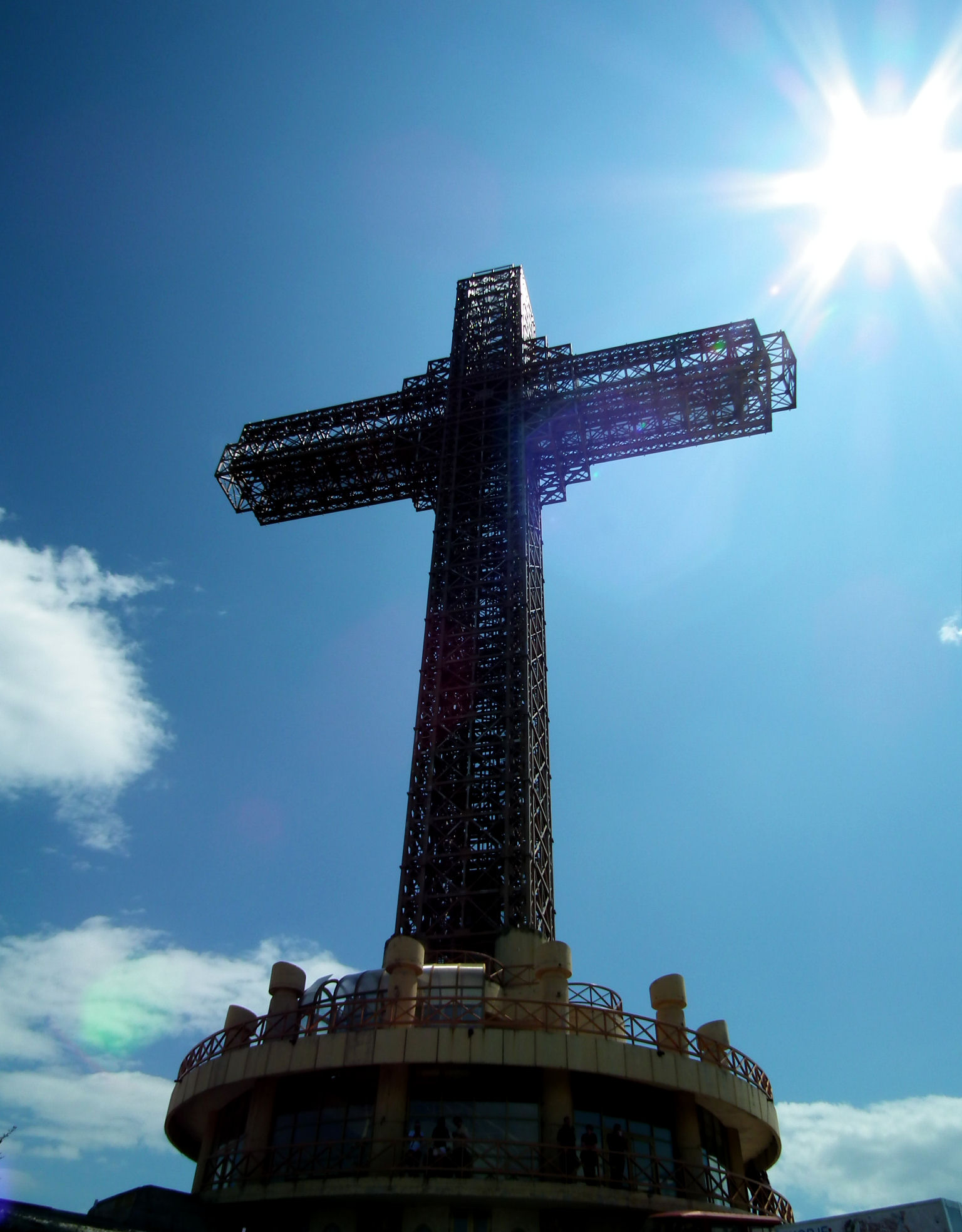 When we arrived at Vodno, we divided ourselves into two groups: the ambitious and fit, and ready to hike to the top group, and the not so ready group. Rather than hiking, I went with Jenesis, Molly, and Laurie on a cable car to the top.

We also took a day trip to Canyon Matka, located west of central Skopje. Matka is one of the most popular outdoor destinations in Macedonia and is home to several medieval monasteries. There are dozens of caves and a large number of endemic plants and animals. 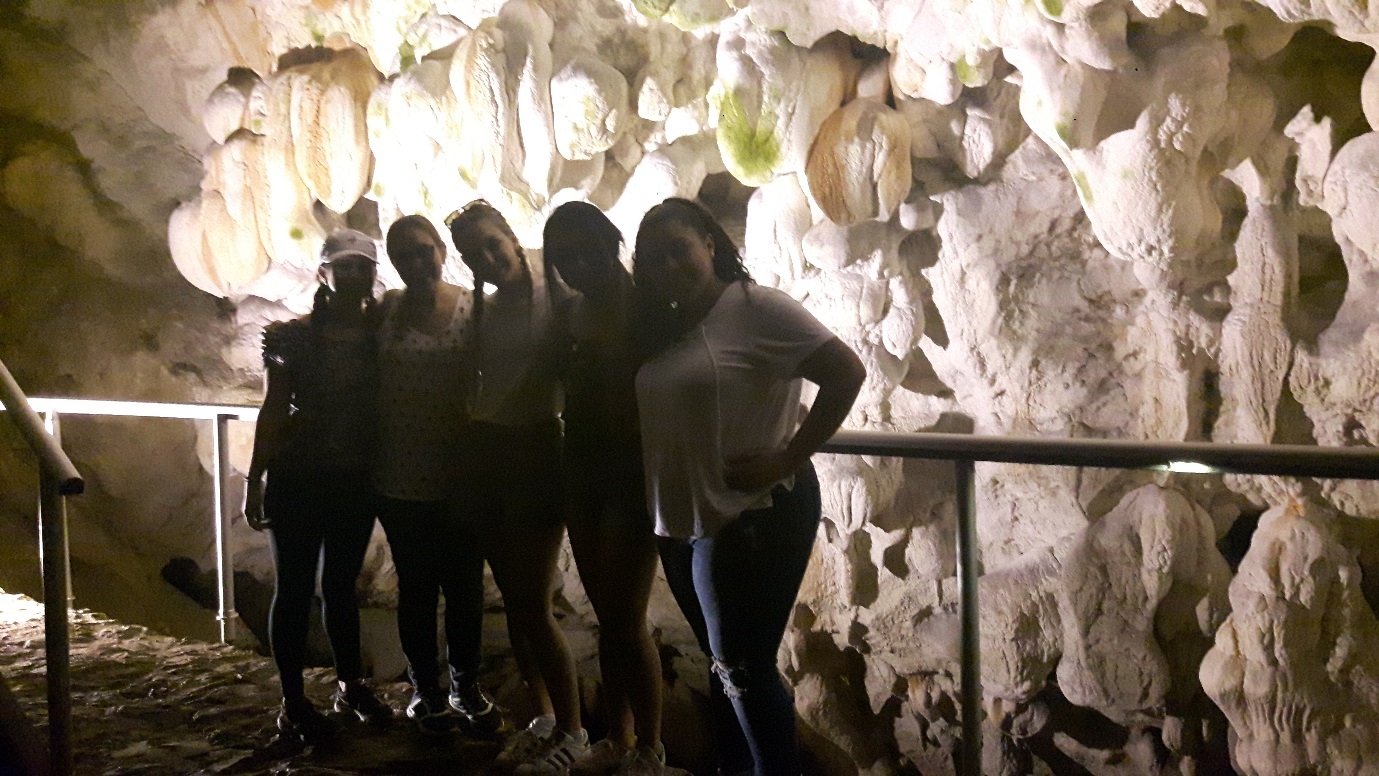 It is also important to mention that there are 77 species of Balkan endemic small butterflies in area of Matka Canyon, while 18 other species are new to the science. At Matka, we took a boat ride and visited Vrelo Cave, located on the right bank of the Treska River. The Vrelo Cave was listed as one of the top 77 natural sites in the world in the New Seven Wonders of Nature project. Though the exact depth of the cave is unknown, some speculate that it could be the deepest underwater cave in the world.

On October 11, 2017, YES Abroad students also celebrated the national holiday “11 Oktomvri” – Macedonian Revolution Day and we had our first cooking class. The holiday is also known as “People’s Uprising Against Fascism Day.” This holiday marks an uprising against fascism during World War II. Zdenka, the American Councils Country Director for Macedonia, made a delicious Macedonian dish called “polneti piperki,” which are stuffed peppers. Yum!

During the month of October YES Abroad students had a day trip to Tetovo, the third largest city in Macedonia. The population of Tetovo city is about 70% ethnic Albanian. YES Alumna Prina Memeti was our host, spent the day with us and showed us her city. We visited the Painted Mosque, Monastery of Leshok and village Brvenica. The Painted Mosque is one of the most beautiful mosques in Macedonia and was made with Ottoman architecture. Allegedly 30.000 eggs were used to produce the paint.The mosque was built in 1459 and the two women who paid for its construction are buried within the yard. The mosque was renovated in 1833 and 1991.

At the end of October, the YES Abroad students shared American culture and spirit of celebrating the Halloween holiday. Together with YES alumnus Hasan Billali, they volunteered at Elementary School “Brakja Ramiz i Hamid” and made Halloween masks with the students. 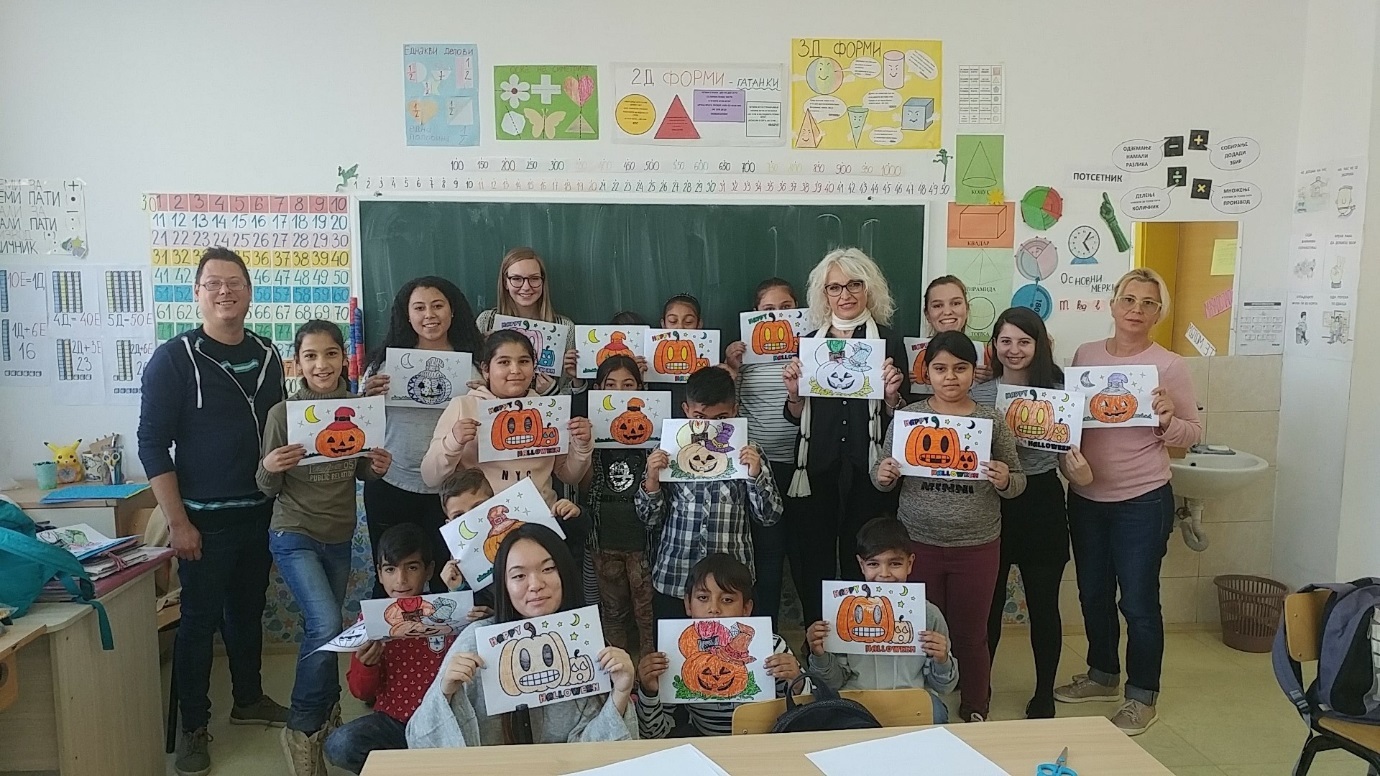 More activities and excursions are planned, so stay tuned for the upcoming adventures!