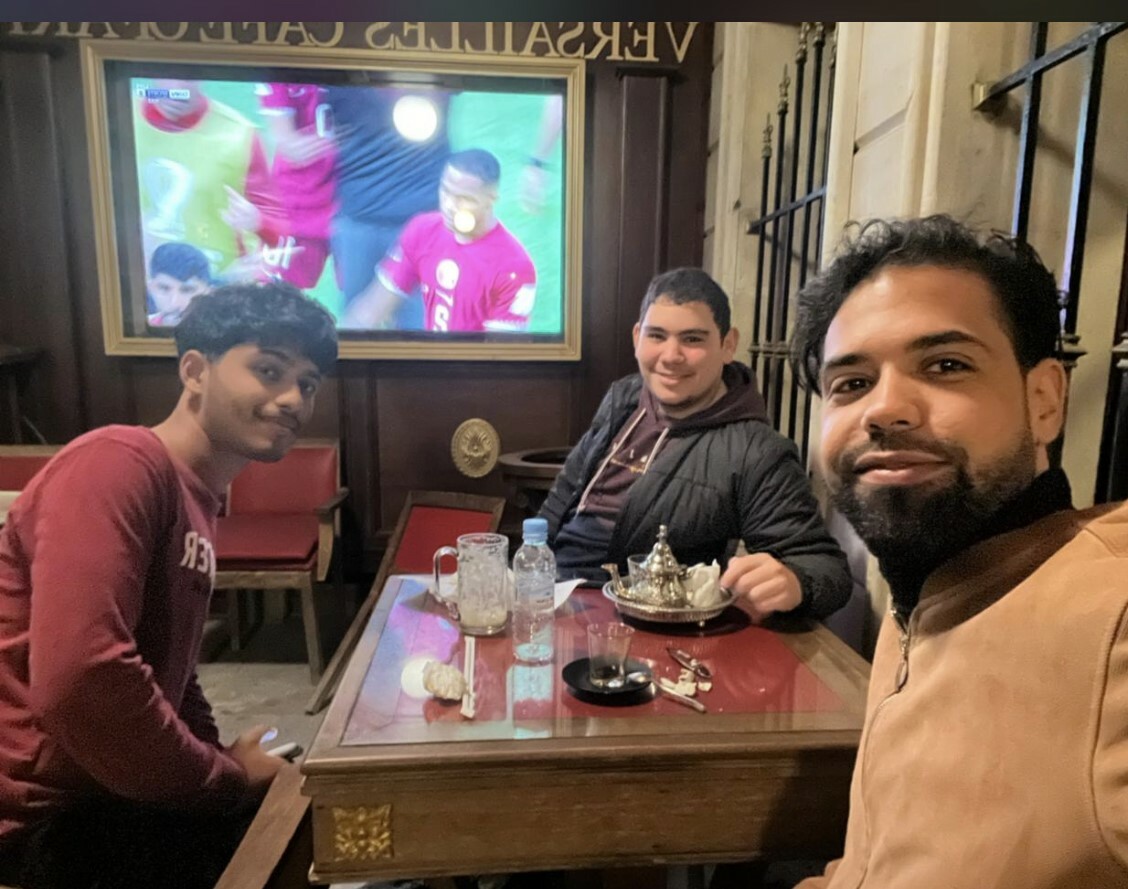 November 20th was the start of the 2022 World Cup and also happens to be the day that I began to appreciate soccer. However, I would soon learn over the course of the next few weeks how seriously Moroccans take the World Cup and soccer as a whole. Even though many of the matches were scheduled during school hours, this didn't stop many of my classmates from watching and following along, secretly using their phones as teachers were trying to teach. During one match, after a goal from Ecuador in the thirteenth minute, one of my classmates in the front row of chairs waited for the teacher to turn her back so that he could turn around and announce silently that a goal had been scored. For my classmates and many Moroccans, World Cup matches supersede school. 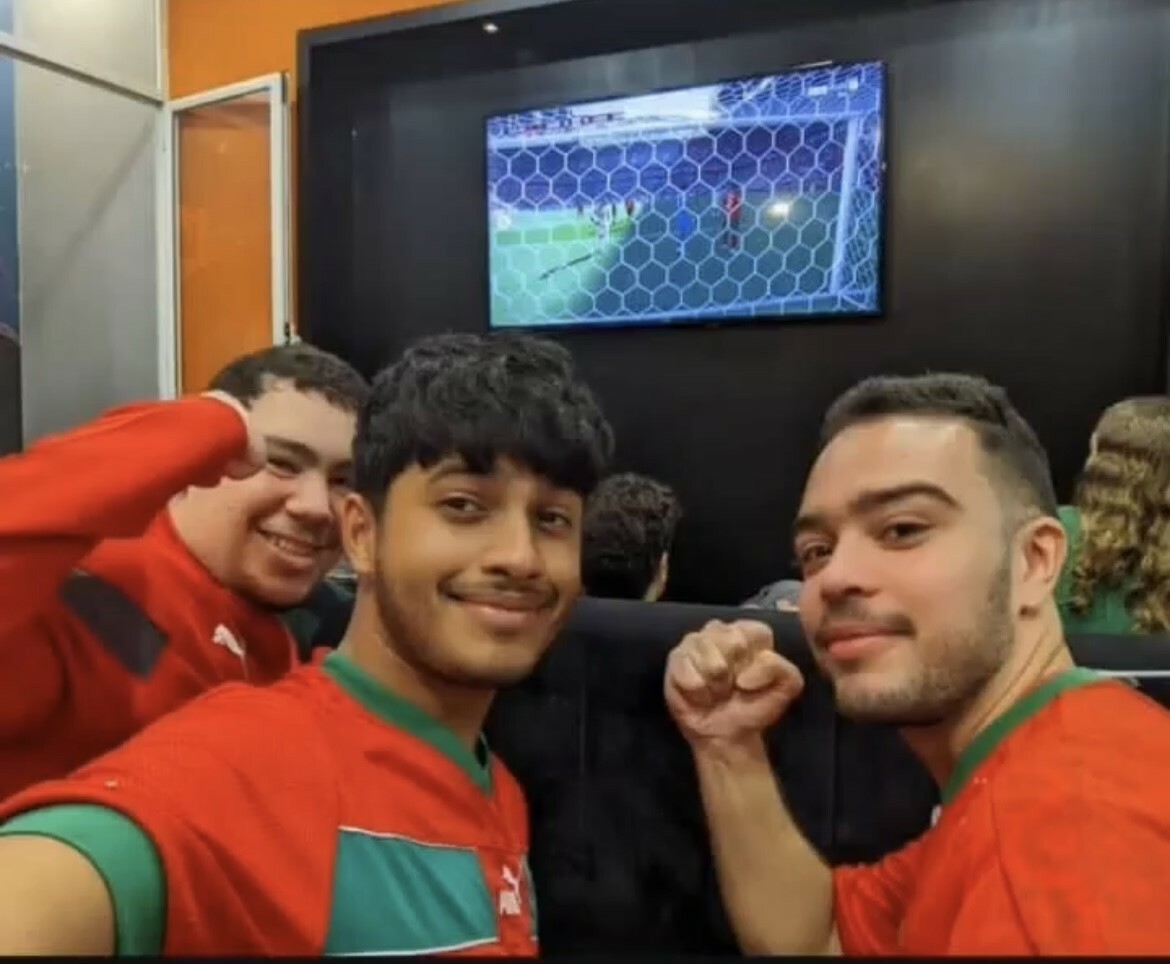 On social media, I learned about an old Moroccan tradition: students would rub a branch of a bad-smelling plant on the teacher’s seat in hopes of the teacher canceling class due to the smell. After seeing a video about this on Instagram, I asked one of my friends about it. Their response was to suggest that we do it on the next day of matches. Though we didn't find the right shrubs, we still followed along with the matches. 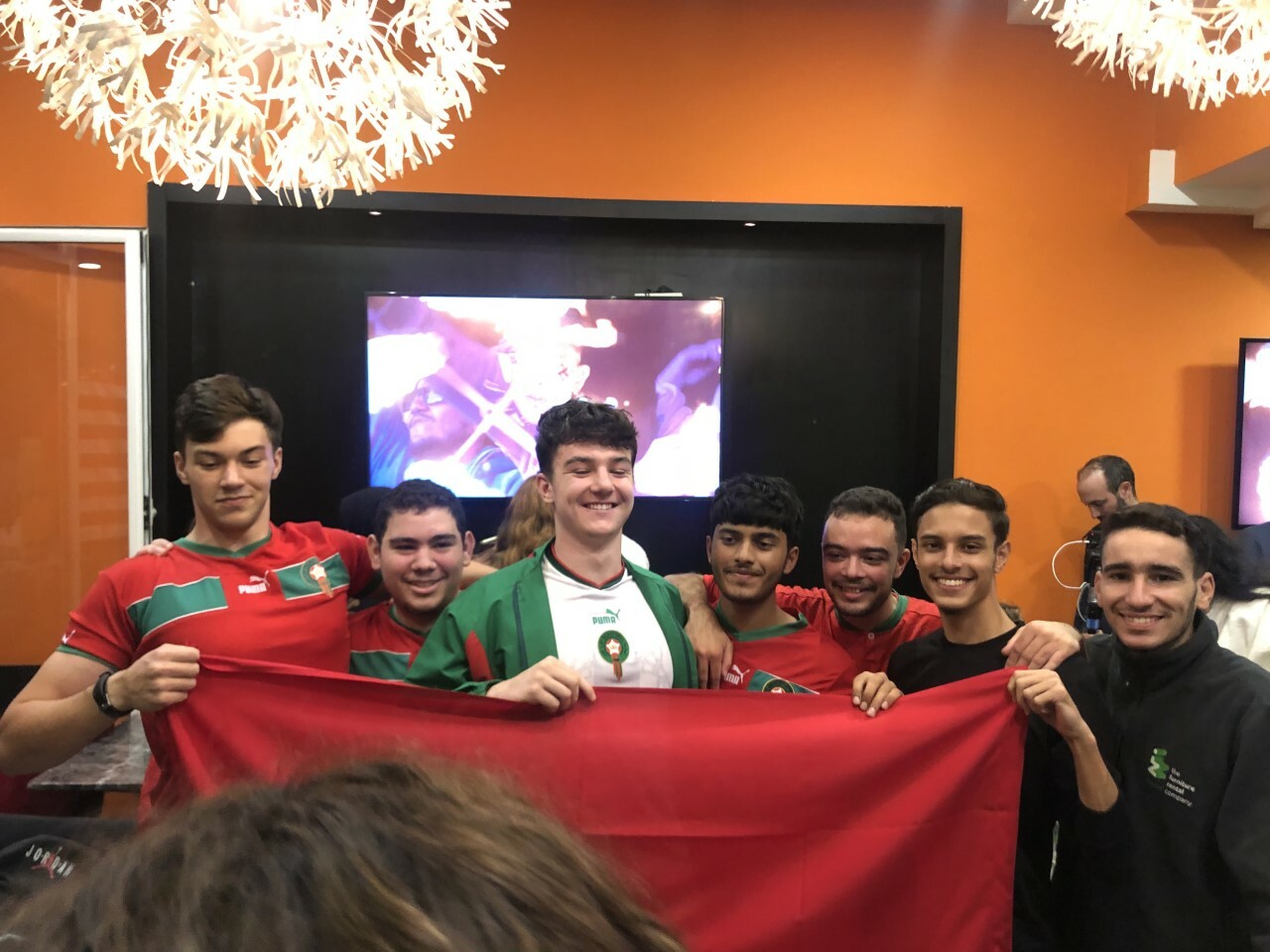 Seven days after the start of the World Cup, Morocco won its first World Cup match since 1998. After trying to find a café to sit at to watch the match, I, along with some of my friends, decided to watch the match standing in the streets. Morocco scored two goals in this game and after each one fans began to yell, cheer, and sing. Everyone in the streets was singing “eyoo, mabrouk 3alina, hadi el bidaya, mazal mazal (congratulations to us but this is just the beginning).” ايييو مبروووك علينا هادي البداية مازااال مازاااال Fans would stand on chairs, tables, boxes, and each other to sing this celebratory song. After the last whistle of the game, marking Morocco’s first win in over two decades, the streets were packed with fans singing, dancing, yelling, and lighting flares in celebration of the nation's football team. Fans were in the streets for hours after the match continuing to celebrate the win. 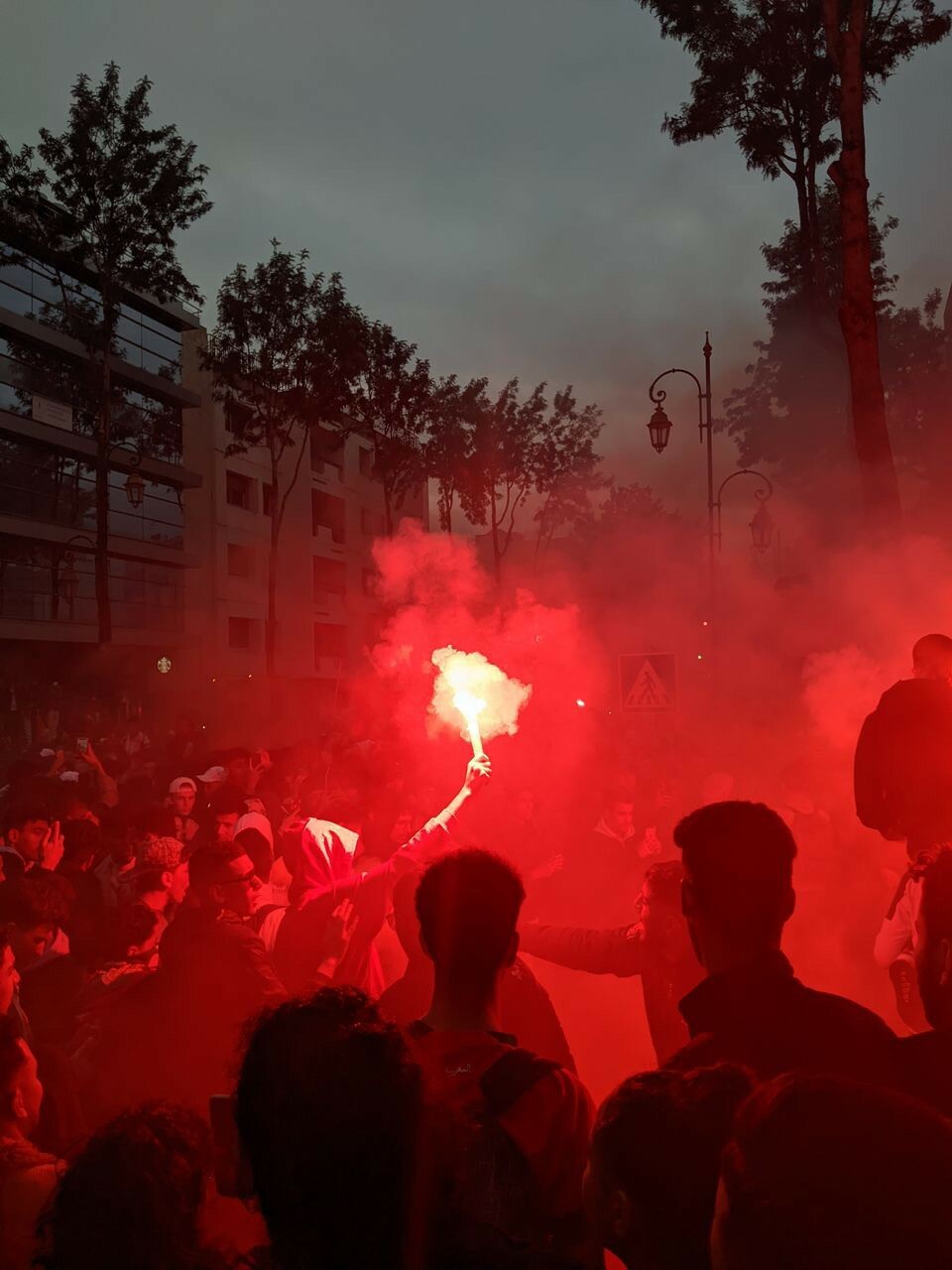 I knew that in coming to Morocco I would find people who were heavily invested in the sport but I did not understand how deep it is. From cafés to living rooms, people were watching and talking about the World Cup. Every TV in the country has been playing matches, commentary and reruns during the World Cup. Moroccans put everything else on hold during matches and celebrate to no end when they win. Feeling connected over soccer with Moroccans has been a really nice way to make friends and bond over mutual interest. 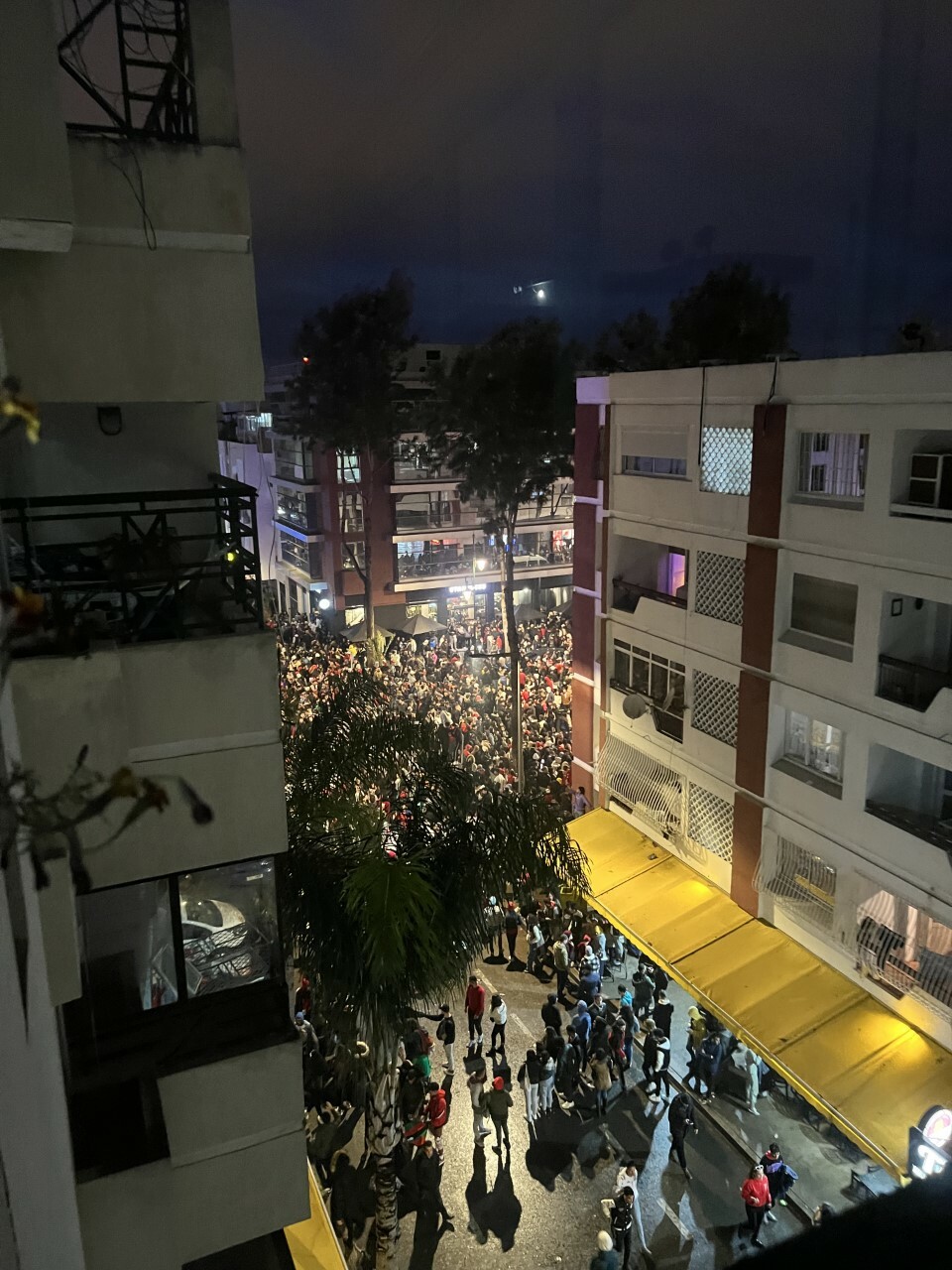