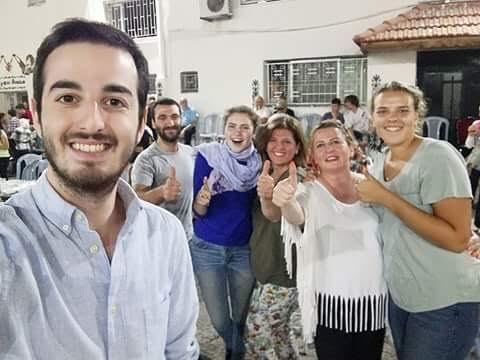 I arrived in Jordan in late August 2017, only days before the Eid al-Adha holiday. On our first morning in our new home in Amman, my host mother excitedly told my roommate and me that we would be accompanying her to a local Circassian club that night. We explored the city center a bit during the day, then visited members of our extended host family before driving to the nadi for its Eid al-Adha festival. The club had organized a beautiful outdoor celebration, with tables of delicious food prepared by community members and a market offering candy, toys, and homemade hats. Later that night, the club’s fantastic dance group performed for onlookers. Traditional dancing is an integral part of Circassian culture; dancers wear ornate costumes, portraying battles and other historical moments with synchronous and captivating movement. 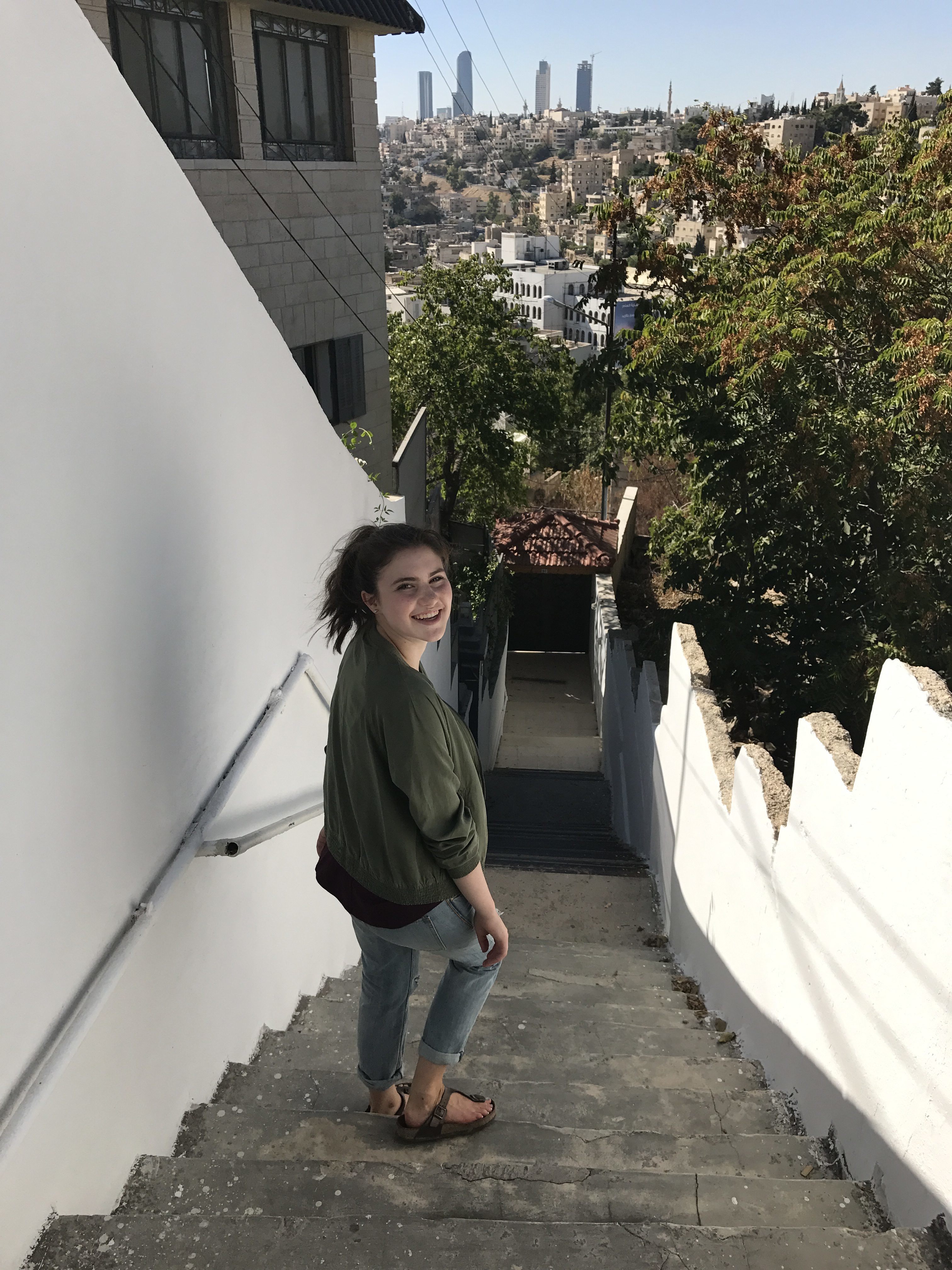 Our host mom, who we called Omi, introduced us to her co-workers from a local TV station. I interviewed a child at the festival about his favorite parts of Eid al-Adha, and the segment appeared during an Eid special the next day! Eid al-Adha also presented an exciting opportunity to meet members of my host mom’s extended family, who I became close with over the course of the year during shopping trips, birthday parties, and ordinary nights spent conversing and laughing over dinner. I understood very little Arabic that first week in Jordan, but I immensely enjoyed going from house to house, drinking Arabic coffee and eating sweets like maamoul and baklava. Celebrating Eid al-Adha with Omi was a wonderful way to acquaint myself with and participate in my host community.